.
Bill Barr HUMILIATES Dems who
lied and obfuscated
by independentsentinel.com:  Attorney General Barr wants to know how we got to the point where the President was falsely accused of colluding with the Russians, and of being treasonous... and, while it was without a basis, Democrats are still acting as if he was found guilty. Two years of his administration have been dominated by allegations now proven false and to listen to the rhetoric here, you would think the dirty cop-Mueller report proved the opposite, Barr said. Democrats should be humiliated. They’re lying through their teeth. The hearing has been dominated by Democrats trying to prove the President is guilty of something and Barr is lying for him. They are lying to do it. This is a disgrace.
https://www.independentsentinel.com/bill-barr-humiliates-dems-who-lied-and-obfuscated/
VIDEO:  https://twitter.com/RealSaavedra/status/1123653574699831296?ref_src=twsrc%5Etfw%7Ctwcamp%5Etweetembed%7Ctwterm%5E1123653574699831296&ref_url=https%3A%2F%2Fwww.independentsentinel.com%2Fbill-barr-humiliates-dems-who-lied-and-obfuscated%2F
.
Former CIA Officer Pleads Guilty
to Conspiring With Chinese Agents

by justice.gov:  This is disturbing: “This is the third case in less than a year in which a former US intelligence officer has pleads or been found guilty of conspiring with Chinese intelligence services... to pass them national defense information.” A former Central Intelligence Agency (CIA) case officer pleaded guilty today to conspiring to communicate, deliver and transmit national defense information to the People’s Republic of China. Assistant Attorney General for National Security John C. Demers, U.S. Attorney G. Zachary Terwilliger for the Eastern District of Virginia, Assistant Director for Counterintelligence John Brown of the FBI and Assistant Director in Charge Nancy McNamara of the FBI’s Washington Field Office made the announcement after Senior U.S. District Judge T.S. Ellis III accepted the plea. According to court documents, Jerry Chun Shing Lee, 54, left the CIA in 2007 and began residing in Hong Kong. In April 2010, two Chinese intelligence officers (IOs) approached Lee and offered to pay him for national defense information he had acquired as a CIA case officer. The IOs also told Lee they had prepared for him a gift of $100,000 cash, and they offered to take care of him “for life” in exchange for his cooperation. Beginning sometime in May 2010 and continuing into at least 2011, Lee received requests for information, or taskings, from the Chinese IOs. The majority of the taskings asked Lee to reveal sensitive information about the CIA, including national defense information. On May 14, 2010, Lee made or caused to be made a cash deposit of $138,000 HKD (approximately $17,468 in USD) into his personal bank account in Hong Kong. This would be the first of hundreds of thousands of dollars (USD equivalent) in cash deposits Lee made or caused to be made into his personal HSBC account from May 2010 through December 2013...
https://www.justice.gov/opa/pr/former-cia-officer-pleads-guilty-conspiracy-commit-espionage
.
AG William Barr Cancels Appearance
for House Committee Hearing Tomorrow 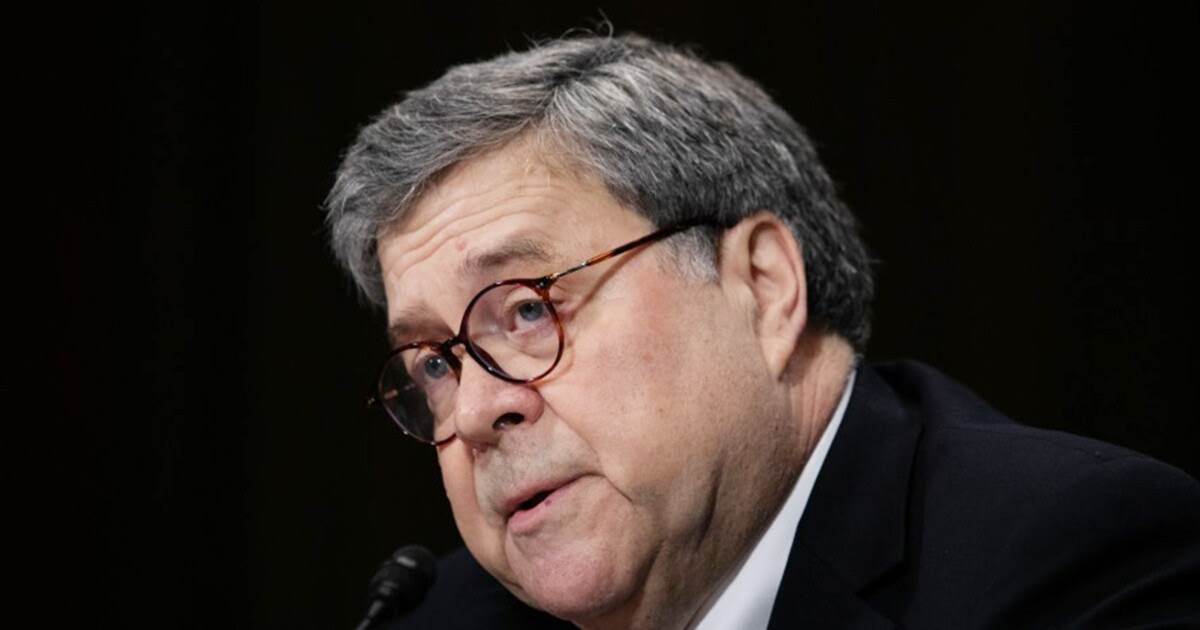 by Jerry Dunleavy
{ washingtonexaminer.com } ~ The Justice Department has opened "multiple criminal leak investigations" related to the handling of the Trump-Russia investigation, Attorney General William Barr said on Wednesday... Republicans have long contended that improper and politicized leaks of information from the DOJ and the FBI to media outlets were a serious problem that harmed the credibility of their investigations, and Barr is now looking into it. During a Senate Judiciary Committee hearing on special counsel dirt cop-Robert Mueller's report, Sen. Chuck Grassley, R-Iowa, told Barr that “there have been a number of leaks coming out of the Justice department and FBI during high-profile investigations.” Grassley pointed out that the 2018 report from DOJ Inspector General Michael Horowitz found “ a culture of unauthorized media contacts … during the Department's investigation of scumbag/liar-Hillary Clinton for mishandling highly classified information.” And according to Grassley, “during the Russian investigation, the leaks continued.” Grassley said “leaks undermine the ability of investigators to investigate” and that “leaks to the papers while Congress's questions to the Department go unanswered is unacceptable.” He pressed Barr on the issue, asking him, “What are you doing to investigate unauthorized media contacts by the Department and FBI officials during the Russian investigation?” Barr assured him that he was already handling it, saying, “We have multiple criminal leak investigations underway.” Later in the hearing, Sen. John Kennedy, R-La., quipped, “When you're investigating leaks at the Department of Justice and the FBI, I hope you will include the dirty cop-Mueller team as well.” That was the end of Kennedy's line of questioning, and Barr did not get a chance to reply...
https://www.washingtonexaminer.com/news/barr-says-multiple-criminal-leak-investigations-underway?utm_source=breaking_push&utm_medium=app&utm_campaign=push_notifications&utm_source=WEX_Breaking%20News%20Alert_05/01/2019&utm_medium=email&utm_campaign=WEX_Breaking%20News&rid=5261
.
New Legislation in Congress Criticizes
U.S. Military Assistance to Israel 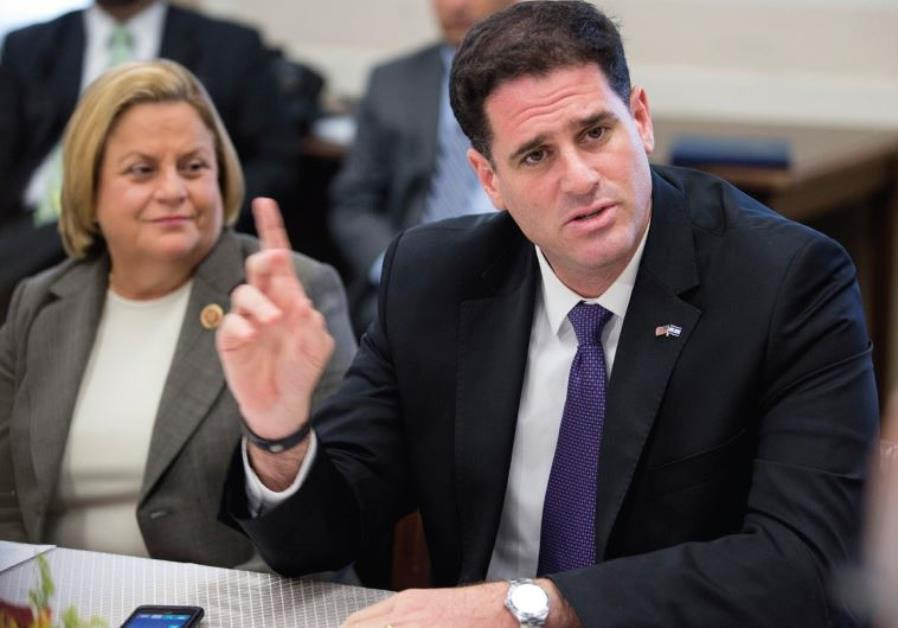 by Omri Nahmias
{ jpost.com } ~ New legislation in Congress is seeking to “promote human rights for Palestinian children living under Israeli military occupation,”... and require that “United States funds do not support military detention, interrogation, abuse or ill-treatment of Palestinian children and for other purposes.” Congresswoman Betty McCollum, a Democratic-Farmer-Labor Party Representative (DFL) of Minnesota, sponsored the legislation. In a press release, she said that “Israel’s system of military juvenile detention is state-sponsored child abuse designed to intimidate and terrorize Palestinian children and their families.”  “It must be condemned, but it is equally outrageous that US tax dollars in the form of military aid to Israel are permitted to sustain what is clearly a gross human rights violation against children,” she added. The legislation includes a sense of Congress that “the detention, prosecution and ill-treatment of Palestinian children living under military occupation in a military court system that lacks basic and fundamental guarantees of due process by the Government of Israel violates international law and internationally recognized standards of human rights,” and “is contrary to the values of the American people.” Rep. McCollum cited the NGO B’Tselem in her press release, saying that the organization “repeatedly documented that children are subject to abuse and, in some cases, torture.” In addition, the bill is seeking to establish a special fund under the name “Human Rights Monitoring and Palestinian Child Victims of Israeli Military Detention Fund,” and to authorize an annual amount of $19 million for “non-governmental organization monitoring of human rights abuses associated with Israel’s military detention of children.” “I strongly believe there is a growing consensus among the American people that the Palestinian people deserve justice, equality, human rights and the right to self-determination,” the Congresswoman wrote. “It is time to stand with Palestinians, Americans, Israelis and people around the world to reject the destructive, dehumanizing, and anti-peace policies of Prime Minister Benjamin Netanyahu and US President Donald Trump.” Rep. McCollum is totally wrong. Why can't the leaders of the PLO treat their children better.   https://www.jpost.com/American-Politics/New-legislation-in-Congress-criticizes-US-military-assistance-to-Israel-588435
.
.

How long can Democrats continue to claim the roaring economy should be credited to the scumbag/liar-nObama administration? How many, except the self-deluded, actually believe this?

The latest bad news for the 2020 Democratic presidential candidates is the 3.2 percent GDP growth in the first quarter of this year, surpassing expectations, which is code for “we had predicted an economic disaster from the Trump tax cuts.” Additionally, a White House statement noted, “GDP also grew by 3.2 percent over the past four quarters…”

The statement also credits net exports and increased investment for helping to drive the economy in the first quarter.

Some of the presidential candidates, who have been claiming wage stagnation and promising increased salaries for workers, if they are elected, have not a dollar to stand on in light of these numbers.

Shall I go through them again? Lowest unemployment in 50 years, including among minorities and women; lowest number of people relying on food assistance since 2010. Will the major media ever acknowledge Trump’s achievements? Why should they start now, because doing so would require them to admit they were wrong, as with the Russian “collusion” narrative they pushed for more than two years?

The White House statement notes another reason for the economic gains: “A large pickup in net exports and increased investment in inventories helped drive this strong growth in the first quarter.” It gets better or, if you’re a Democrat running for president, worse.

According to Bloomberg.com, “A measure of sentiment among Americans climbed to a five-week high as views on the economy posted the largest gain since July.” And “The Bloomberg Consumer Comfort Index rose to 60.8 from 60.3 in the week ended April 20. A gauge of views on personal finances also increased to the best level in five weeks…”

This derives, notes Bloomberg, from increased consumer confidence due to rising stock market indexes, sustained wage growth and a decision by the Federal Reserve to hold interest rates at present levels for now. Throw in job growth and the economic picture is about as rosy as one could hope, again unless one is a Democrat running for president.

What do these candidates have to run on? Joe Biden hoped to get forgiveness from Anita Hill for voting to confirm Clarence Thomas to the Supreme Court. She rejected his clearly political advances. That was a bad misstep and will not resonate well among his party’s increasingly dominant left wing.

Many Democrats and some Republicans are focusing on the president’s temperament and character. Will that matter to voters who have jobs they didn’t have during the scumbag/liar-nObama administration and to those whose paychecks have been fattened not only from tax cuts, but wage increases? It is unlikely a majority of retirees in the key swing state of Florida will reject Trump and vote for the Democratic nominee when they have seen such steady growth in their stock funds.

Much of loose lips-Biden’s video announcement of his candidacy focused on the clash two years ago in Charlottesville, Virginia, between white supremacists and counterprotesters that left one dead and dozens wounded. Will this rarity that the media exploited as representing conservatives matter in 2020? I doubt it.

Democrats should recall and keep repeating to themselves James Carville’s line, “It’s the economy, stupid.” People already have such a low view of politicians that they tend not to expect too much of them. They worry much more about their own pocketbooks. One might wish it were otherwise, but wishing won’t make it so.

This is why Democrats’ hopes for 2020 increasingly settle on impeachment. But as Marc A. Thiessen pointed out in a recent column for the anti-Trump Washington Post, “Impeachment over anything other than a conspiracy with Russia will backfire with the American people and help ensure Trump’s re-election.”  ~The Patriot Post