by Benjamin Powell
{independent.org} ~ With a growing number of politicians self-identifying as socialists, and two—New York’s commie-Alexandria Ocasio-Cortez and Detroit’s Rashida Tlaib—newly elected to the House of Representatives... Americans need to ask themselves a question that didn’t appear on any ballot. Are you ready for socialism? It’s an especially interesting question because most Americans don’t really understand what socialism is—or the consequences of embracing it. I attended the largest socialist conference in the United States, “Socialism 2018,” this past July while finishing research for a new book. Attendees’ opinions on how far down the spectrum toward full-blown socialism they wanted to move varied widely. Some favored small moves in specific sectors, such as energy or healthcare. But many, particularly members of the growing International Socialist Organization, favored moving all the way to abolishing private ownership of the means of production. Technically, the abolition of private property in the production of goods and services and its replacement with collective ownership under government control is the very definition of socialism. But in practice, as a recent report by the President’s Council of Economic Advisers noted, “socialism is not a zero-one,” that is, an either-or, designation. Instead, we can think of pure capitalism and pure socialism on opposite ends of a spectrum. All existing countries fall somewhere between these poles based on how much “the means of production, distribution, and exchange are owned or regulated by the state; and the degree to which the state uses its control to distribute the economic output” without regard for market forces...  http://www.independent.org/news/article.asp?id=10613
.
Lindsey Graham Puts commie-Ocasio-Cortez
in Her Place Once and For All 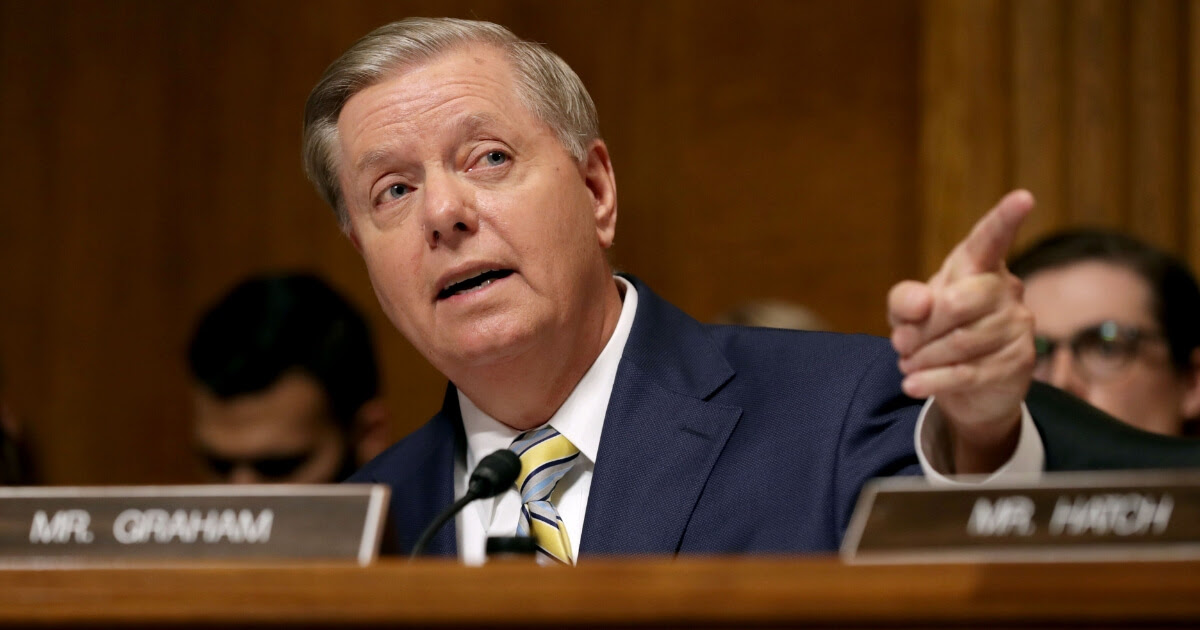 by BEN MARQUIS
{westernjournal.com} ~ The Democratic Socialist New York Representative-elect commie-Alexandria Ocasio-Cortez has become well known for spouting off about things... she has minimal knowledge or understanding of, and she just did it again on Sunday with regard to the Central American migrant caravan approaching the southern U.S. border through Mexico. Despite repeated assurances from the liberal media that the caravan posed no threat to the border and likely would never even reach it, hundreds of the migrants have already arrived in the Mexican border city of Tijuana, and several hundred attempted to rush the border and illegally enter the country near the San Ysidro border crossing on Sunday afternoon. That attempt utterly failed after both U.S. Border Patrol agents and Mexican riot police responded, with the Border Patrol agents using pepper balls and tear gas to disperse the crowd. The media largely ignored the illegality of the attempt to rush the border, not to mention the rocks and glass bottles that were thrown at Border Patrol agents, and instead focused on the handful of women and children who — according to Border Patrol agents — were pushed to the front and used as human shields to protect the rock-throwing men. commie-Ocasio-Cortez was one of those who also ignored the illegal behavior of the border rushers, then proceeded to tweet something foolish that exposed just how little she truly understands about immigration laws as well as U.S and world history. The rising star of the Democratic Party tweeted, “Asking to be considered a refugee & applying for status isn’t a crime. The comparison of many male economically-motivated migrants illegally rushing the border with Jews fleeing the Holocaust, or Rwandans fleeing systematic genocide, or Syrians fleeing a brutal civil war, didn’t sit well with a lot of people. Republican South Carolina Sen. Lindsey Graham posted on Twitter Monday to try and set the young congresswoman straight...  https://www.westernjournal.com/ct/lindsey-graham-puts-ocasio-cortez-place/?utm_source=Email&utm_medium=newsletter-CT&utm_campaign=dailypm&utm_content=conservative-tribune
.
California Objection to Census Citizenship
Question Smacked Down by DOJ 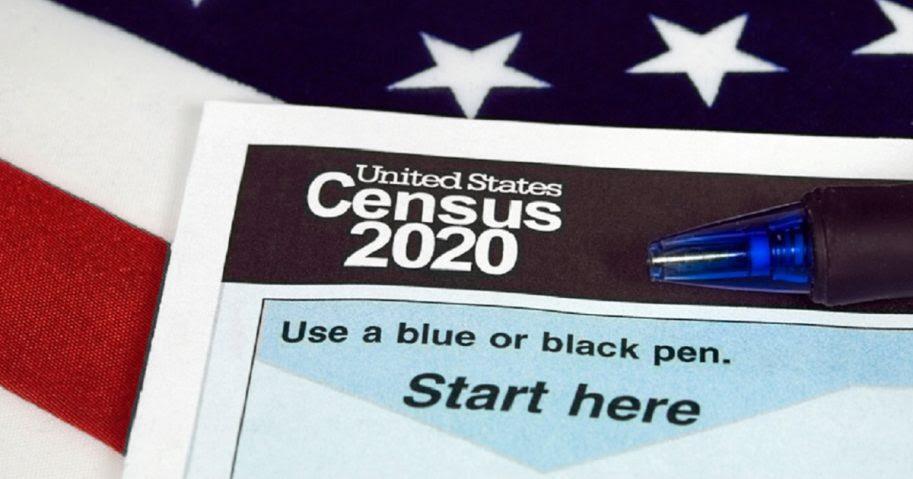 by Savannah Pointer
{westernjournal.com} ~ Lawyers for the U.S. Department of Justice on Monday attacked the state of California’s challenge to the Trump administration’s addition of a citizenship question on the 2020 census... and its claims that it could cost the state federal aid and congressional representation. According to the San Francisco Chronicle, California fears that it could lose congressional seats and billions in federal aid if the government discovers just how much of its population is made up of residents who aren’t actually citizens. There is also the possibility that those who fear retribution or deportation might not respond to the census at all. In a court filing, Justice Department attorneys argued that the state’s challenge should be thrown out because California can’t actually show that it would be harmed by the question being on the census, the Chronicle reported. The fears of loss to the state are “highly speculative” and could be addressed by the United States Census Bureau’s plan to follow up with the households who do not respond to the census, administration attorneys argued, according to the Chronicle. Commerce Secretary Wilbur Ross made the decision to add a question about citizenship, despite it being absent from census documents since the 1950 census. That decision has caused lawsuits from multiple states with large immigrant populations accusing the Trump administration of a political motivation for adding the question... Non-citizens are not allow to vote in this country, thats the law.
https://www.westernjournal.com/california-objection-census-citizenship-question/?utm_source=Email&utm_medium=patriotupdate&utm_campaign=dailypm&utm_content=libertyalliance
.
Democrats Nominate Pelosi for Speaker 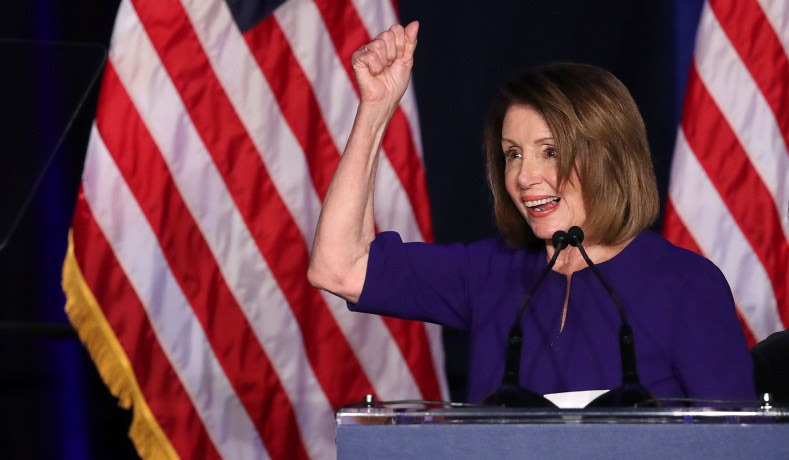 by JACK CROWE
{nationalreview.com} ~ Representative sick-Nancy Pulosi (D., Calif.) was nominated Wednesday to serve as the next Speaker of the House... despite strident opposition from a small subset of the caucus. sick-Pulosi’s nomination was all but guaranteed as the roughly 16 House Democrats opposed to her nomination have not yet presented an alternative. With the nomination secured, the California progressive must now win over a majority of the House in a floor vote in early January before she can claim the gavel.  While sick-Pulosi was running unopposed, the party modified the standard nomination ballot to include a “no” option, so that freshman Democrats who ran on opposing her could tell their constituents they followed through on their respective pledges. sick-Pulosi reportedly supported those freshmen lawmakers, giving them the go ahead to vote “no” to preserve their political capital.
https://www.nationalreview.com/news/democrats-nominate-pelosi-for-speaker/
.

by National Security Desk:  Nearly two months after the brutal murder of Washington Post journalist Jamal Khashoggi, the American Leftmedia — led largely by the WaPo — is still up in arms over not just the murder but the way President Donald Trump has responded.

First, we’ll restate a couple of things we noted the only other time we’ve commented on the subject. Murder is what authoritarian regimes do, be they Islamic or otherwise. A free press is anathema to totalitarians. But with Khashoggi, there may be more than meets the eye. He joined the Muslim Brotherhood in the 1970s. He wasn’t an advocate of Western-style democracy, instead favoring an Arab Spring-style political Islamic regime. That isn’t to minimize his death; it’s to see clearly who he was, which the WaPo in its lionization refuses to do.
Second, the Leftmedia coverage is driven by the fact that Khashoggi was a journalist (or, more accurately, a propagandist), not by true care for or understanding of sometimes messy foreign alliances such as the one the U.S. has with Saudi Arabia.
Third, we also drew this back to the actual scandal of the 2012 Benghazi attack. The Leftmedia would like to make this “Trump’s Benghazi.”
Now, to recent developments. The CIA last week concluded that Saudi Crown Prince Mohammed bin Salman not only knew about the murder but ordered it, contradicting the Saudi government’s claims. Trump then contradicted the CIA, expressing doubt about its conclusion. Of Salman’s order or knowledge, Trump said as only he could, “Maybe he did and maybe he didn’t!” Trump’s generally crass letter regarding the murder and the CIA’s conclusion largely reduced the relationship with Saudi Arabia to arms sales, oil, and Iran, but without the right emphasis or caveats. As The Wall Street Journal observed, “We are aware of no President, not even such ruthless pragmatists as Richard Nixon or Lyndon Johnson, who would have written a public statement like this without so much as a grace note about America’s abiding values and principles. Ronald Reagan especially pursued a hard-line, often controversial, foreign policy against Soviet Communism, but he did so with a balance of unblinkered realism and American idealism. Mr. Trump seems incapable of such balance.”
But Trump wasn’t entirely wrong, either. As Defense Secretary Jim Mattis correctly noted, “There has to be accountability for anyone involved in the murder. Yes, I’m calling it murder. We’re not going to apologize for our human-rights stance. Nor are we going to apologize for working with Saudi Arabia when it’s necessary for the good of innocent people who are in trouble. Presidents don’t often get the freedom to work with unblemished partners.”
Finally, the CIA — hardly an unblemished partner, by the way — does not set foreign policy; the president does. And as he concluded his letter, Trump said, “Very simply it is called America First!”

https://patriotpost.us/articles/59672?mailing_id=3894&utm_medium=email&utm_source=pp.email.3894&utm_campaign=snapshot&utm_content=body
E-mail me when people leave their comments –
Follow