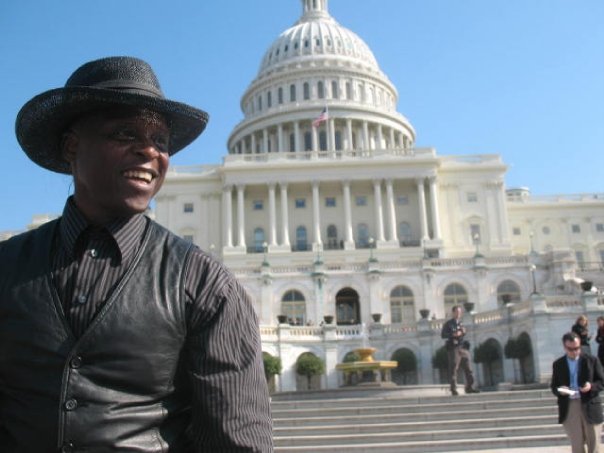 Candidly, I have struggled with this for years; how best to explain why I am a black conservative and why fellow black Americans should join me.

I served on a board with an extremely bright black mom. Both of her kids, a boy and a girl, are brilliant; her son received a full scholarship to Yale.

This black mom is well-read on “whiny” black liberal authors and philosophers. I am talking about the majority of black authors you see featured on mainstream TV. They sound extremely intellectual, explaining how white America is still systematically abusing blacks and why more heavily funded government programs are the answer. I feel like screaming at my TV, “Knock it off! Bottom line is you hate white people and are seeking more entitlement government freebies!” Such needy victim rhetoric has NOTHING to do with, nor does it achieve REAL, “black empowerment”. Frankly, these people turn my stomach.

As I said, the black mom is extremely well-read on victim-hood peddling black authors and has never heard of brilliant black conservatives Professor Walter Williams and Dr. Thomas Sowell.

Professor Walter E. Williams is an American economist and academic. He is the John M. Olin Distinguished Professor of Economics at George Mason University, as well as a syndicated columnist.

Dr. Thomas Sowell is an American economist, social theorist, political philosopher, and author of 30 books. Dr Sowell is currently a Rose and Milton Friedman Senior Fellow on Public Policy at the Hoover Institution at Stanford University.

Both these guys are about “real” black empowerment, teaching personal responsibility, education, hard work and morality; not the standard blacks-are-eternal-victims and white-America-owes-us garbage spouted by black pundits on TV. Thus, you NEVER see Prof. Williams or Dr Sowell on mainstream TV. I love these guys, Prof. Williams and Dr. Sowell.

On rare occasions when black media (talk radio, TV & etc) does recognize black conservatives, for the most part, it is to denigrate them – labeling them Uncle Toms, traitors to their race and self-loathing stupid n******.

My 84 year old black dad never heard of Herman Cain until the liberal media's gleeful 24/7 coverage of alleged sexual harassment against Cain during his bid to win the Republican presidential nomination.

Think about that folks. Herman Cain is a black conservative author, business executive, radio host and syndicated columnist. Cain was the first black CEO of Godfather Pizza and CEO of the National Restaurant Association.

If embraced by Oprah, Tavis Smiley and the mainstream media, Herman Cain would have been a tremendous inspiration to young black entrepreneurs. But, the left “don't cotton” to uppity blacks who achieve the old-fashion way -- via education, hard work and character without government intervention or lowered standards.

Tragically, the left chose to introduce Herman Cain to black America as nothing more than a guy who can't keep it in his pants. This is how the left (liberal media and Democrats) love to demean, discredit and humiliate self-reliant, non-victim-minded blacks.

Still, I keep searching for the answer – what do I say to persuade blacks to, as that spiked haired blonde female dietitian use to say, “Stop the insanity!” How do I get fellow blacks to see beyond their racism and “honestly” assess their forty years of loyalty to the Democratic Party? Are blacks better off today than they were forty years ago? Remarkably, aspects of black life surrendered to Democrat policies and programs are far worse. Enough with the stupid, fact-free rhetoric which says, “I can't vote for a Republican because they are racist”. Historically and even today, most racism against blacks and whites, spews from the Democrats.

Black American brothers and sisters, the dems have been playin' you for suckers for far too long. They are not your friends. Their motivation and game are extremely simple.

The Democratic Party leadership has been infiltrated by arrogant power hungry liberals who think they know better than you how to run your life. They invent “fake” enemies via lies about Republicans being racist, mean-spirited control freaks. Ironically, this perfectly describes the modern Democratic leadership. Every Democrat campaign is the same. Vote for us! Surrender all power to us! We'll take care of you and protect you from the evil Republicans!

Meanwhile, under Obama, black unemployment has gone through the roof.

Black on black crime statistics are shockingly high. The black male high school dropout rate is at an epidemic high, only 25% graduated in New York.

Fifty percent of black pregnancies end in abortion. Since 1973, approximately 5 million blacks have died of AIDS, violent crimes, accidents, Cancer and heart disease combined. By far, abortion is the greatest cause of black deaths, 13 million. Blacks are committing a suicidal genocide.

Black America, how's that monolithic forty years of loyalty to the Democrats thing workin' out for ya'? As God continues to give me strength, I will continue my quest for the ultimate appeal that will persuade my fellow black Americans to stop the insanity of voting Democrat.