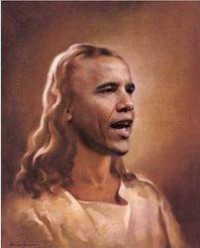 So what if the Supreme Court strikes the requirement to buy health insurance? It simply makes Obamacare more costly.  The Supreme Court is not going to call the whole program unconstitutional.  There is plenty of legal precedence for it.  Besides, the American people want the right to healthcare.  Actually, the American people want the impossible.  There is no way on earth that the American people’s desires can be fulfilled.  It is either government mandated healthcare or the individual’s personal responsibility.   When it was a personal responsibility, it was considerably less costly.

This brings me to a greater truth. There is actually no conceivable way for government to order people’s lives. Any attempt causes the individual to conceive of a way to combat it.  There is power in numbers. The Tea Party is an example. With group rights, reason becomes a can of worms.  We revert back to animal.  Might makes right.

What is it about humans that make us different than other life?  What is it that allows us to live vastly better lives than cattle?  It is reason and logic.   Reason is fundamental to the law.  An emergency situation during America’s Great Depression gave government the authority to give financial aid to the poor and homeless.  This government duty did not give everyone government entitlement to health care.  Since the depression, we’ve behaved in excessively caretaking ways.  It harms our relationships and quality of life.  There is a name for it: codependency.

The codependency often involves placing a lower priority on one’s own needs, while being excessively preoccupied with the needs of others.  Codependency may also be described as denial or low self-esteem.   Codependency connects with arrogance, betrayal, boasting, bravado, bullying, conceit, control freak, criticism, cronyism, egotism, entitlement, envy, fantasy, grandiosity, grandstanding, greed, haughtiness, hidden agenda, hubris, hypocrite, idealism, jerk, magical thinking, manipulative, narcissistic, omnipotence, opportunism, prima donna, perfectionism, self-absorbed, self-righteousness, snob.  Who does this bring to mind? Codependency is the driving force of socialism.  Don’t you just love me for bringing this to your attention, your entitlements, socialist codependency, the antithesis of free enterprise and the Aquarian nature? We’re in the dawning of the Age of Aquarius, the demise of codependency.  It’s going bankrupt, morally, spiritually, and fiscally.   So, it is your choice: codependency or the Constitution.

Are we really personally responsible for what others do with their lives?  Liberals say yes; conservatives say no. Cain killed Able, and asked: “Am I my brother’s keeper?” The Lord, who favored Able, said vengeance shall be taken sevenfold. He that believeth not shall be damned. Take your choice.  Either way, authority speaks for you.

We come into this life dependent, but with the God-given ability to reason.  The object is to seek and find one’s own identity.  Once one finds one’s own identity, he or she is on the path of his or her destiny.  Instead of regressing to dependency, or aggressively pursuing control of others, one grows toward selflessness and universal service.

A Christian told me I represent secular humanism.  Obama represents himself as a Christian. A secular humanist is one who, according to my dictionary, follows “any set of beliefs that promotes human values without allusion to religious doctrines,” religious doctrine being any set of beliefs concerning the cause, nature, and purpose of the universe.  Applying the definition, Obama’s former Christian preacher, Rev. Wright, “goddamned” America.   This anti-Christian, pro-American believes in the Constitution.  Can a secular humanist believe that Jesus is his savior and redeemer? Mormons are not viewed by many Christians to be Christian.  Jesus wasn’t a Christian.

At age eighty-six, all of my dreams have come true, and I’m in good health.  What I’ve learned is contrary to what the religions of Abraham teach. This “secular humanist” wants to pass on what I’ve learned by looking within for answers.  I’ve written a book, In Earth as It Is in Heaven 2012. It will be available at Amazon in June for all, be you atheist, Christian, Jew, Muslim, or whatever.  Read it and learn of our future.