I was in the paint department.  I placed the color sample next to the vase I had brought from home.  “Excuse me, ma'am.  Do these colors match?  My wife says I'm colorblind.”  She replied, “Yes.”  Then she said, “Lloyd?  You are Lloyd, right?” 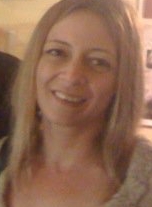 It was Lisa Feroli, one of the originators of the Orlando Tea Party.  We had not seen each other since 2009.  After catching up a bit, Lisa made a few interesting comments about the Tea Party movement.  Not as active as she once was, Lisa feels that some of the passion is gone.  She said the movement was started by and should have remained controlled by We the People.  Lisa said that unfortunately, politicians were allowed to worm their way in, citing a rally at which RINO John Boehner spoke.  Lisa feels, and I concur, that too many people made the movement about them.  However, I do not think opportunists jumping on the Tea Party bandwagon did any serious damage to the movement.

Republican betrayals discouraged and harmed the movement.  After we Tea Party activists worked our butts off to award the GOP the House and Senate, they broke their vow to repeal Obamacare and stop Obama's executive amnesty.  Outrageously, the GOP even supported Obama's anti-American policies.  Now arrogant GOP knuckleheads are puzzled why so many Tea Partiers have said screw you to professional politicians, we're backing Trump.

Sadly, Sen. Ted Cruz, a true warrior for the Constitution and We the People, became a casualty of conservatives'/Tea Partiers' frustration and anger with politicians.  Still, I am confident that Cruz will be back, strengthened by his faith and his struggle.

There is good news in Trump's remarkable popularity crossing all demographics. For decades, liberals have used their control of mainstream media and public education to drill into our heads that America is the greatest source of evil on the planet.  Every day, liberal media bombards us with fabricated news stories designed to sell us their lie that a majority of Americans hate their country as much as liberals hate it.  Liberal media's message is that America is sexist, racist, and mean and must be punished.

Liberals' mantra is, the world has too little because America has too much.  They say this is why the world hates us (USA).  It is only fair that we open our borders and welcome all the world in to share our misbegotten stuff.

Then, along comes presidential candidate Donald Trump, who vows to put America's best interest first.  The American people respond with wildly overwhelming approval.  This tells me that American patriotism has survived despite decades of liberals' attempts to cause Americans to hate their country.  A majority of Americans still love their country and long to see it restored to A-number-one, top of the heap, top of the list, king of the hill – A-number-ooooonnnne!  That feels good, folks.

It is probably a bit much to declare that Trump won the general election with his response to the terrorist attack at the Orlando nightclub.  However, I believe that millions, including me, cheered him on.  In his speech void of political correctness, Trump told the truth while offering commonsense solutions to terrorism.  Trump defined the bad guys who seek to kill as many Americans as possible.  Trump called out Obama and Hillary for their typical ridiculous liberal blame-America-first response.  He explained the dangerous consequences of Obama's and Hillary's weak mamsy-pamsy ways of dealing with terrorism.  Trump was refreshing.

Listening to news feeds of Obama's and Hillary's responses vs. Trump's, I thought, “These guys [Obama, Hillary, and their media operatives] still don't get it – clueless regarding the hearts, minds and concerns of everyday Americans.  Trump gets it.  Trump may have just won the presidency.”

Orlando Tea Party organizer Lisa and I agreed that we will vote for Trump.

As for the Tea Party movement, it is alive and well and will never go away.  We Tea Partiers have simply matured – become more politically savvy, more focused and specialized in our efforts to take back our country.  No, Trump is not a conservative.  However, for the moment, Trump is our best weapon against another Democrat president vomiting more vile anti-Americanism upon the American people.

Speaking of the Tea Party, June 5, 2016, we lost a great patriot.  Danita Kilcullen, founder of Tea Party Fort Lauderdale, America's longest running Tea Partier, went to be with her Lord and Savior Jesus Christ due to complications with multiple myeloma cancer.

I spoke and sang for Danita's Tea Party group a year ago.  Danita and her group were as passionate and engaged as ever.  Danita and her group loved America and are committed to saving her.  A week before Danita passed, I thought she was on the road to recovery.  Her email said something like she hoped to be back fighting for freedom at their next meeting.  I was shocked to hear she had passed.

Wow, what a great patriot sister.