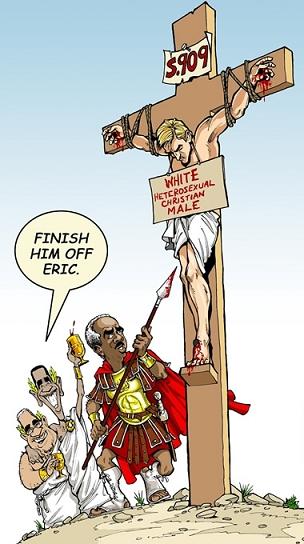 The war in America against the Caucasian Heterosexual Male, that works, pays taxes, supports his family, is God fearing, Law abiding, is a positive contributor to society, and has carried the burden of government on his back has been under attack by Gays, Blacks, Hispanics and women of both races for years now. And now the Obama Islamic administration has declared war on anyone that has been successful in America especially the MAN.