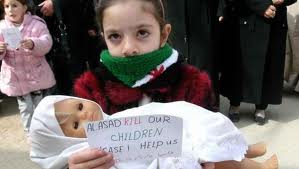 For the United States, no need to spend one dollar more towards another stupid war where our Marines guard CIA poppy plant(heroin) fields. Nope, the US Military can stay home this time. The American People need to send Biblical Christian Missionaries to the Syrian refugees to help feed, clothe and take care of the medical and spiritual needs of those who need it. Not one US tax payer dollar should be spent on war----nope, like I already shared; smarter, more useful and beneficial is using American Christian Missionaries in ministering to the lost, dying and hurt. We have larger and even smaller ministries(such as minehttp://www.gfom.org and http://www.beaheronow.net , we are always accepting financial donations as well) that are well equipped in helping just the sort of people who need help in Syria the most-that is Americans who have dedicated their lives in the call to serve others with the love of Christ. Perhaps you are not a true believer in the methods I described here as most helpful...Let me ask you, would you rather spend your (hard earned)tax money(without your consent nor approval-you don't get a choice from the US Govt.!) for guns to be purchased to see a mad man like George Soros gain more corrupted power, or would you rather see none of your tax money spent and you instead through your own choice-yourself give a few dollars to help keep women and children be blessed with a good meal and a safe place to live ? For most Americans, I believe the later of the two choices would take precedent.
We as a people have a choice, we don't need to allow evil people like the Clinton's, George Soros, John McCain and others like them push “ We The People” into more war and conflict. I'm all for a strong military, having one keeps evil nations and evil people in check and helps keep all America safe. There are many more opportunities though where we can “catch more flies with honey than with vinegar.” Why not let Biblical Christian missionaries do their job and show the love, compassion of Jesus Christ ? It's the Biblical, smarter and cheaper way to go !
Matthew 5:9 “Blessed are the peacemakers: for they shall be called the children of God.”
Pastor Paul Waldmiller-Black Robe Regiment Pastor
E-mail me when people leave their comments –
Follow