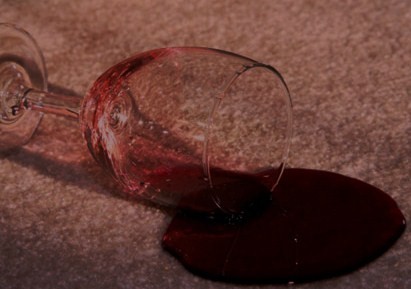 As seen on:
http://codyjudy.blogspot.com/2012/07/republicans-fail-republic-cody-judy-us.html
Republicans failed - Cody Robert Judy, (I am), the only Democratic Party Presidential Candidate to take Obama's Eligibility to the U.S. Supreme Court and showcase Sheriff Joe Arpaio's Cold Case Posse result.
I have placed Sheriff Joe Arpaio's Cold Case Posse results into the very first Judicial Court- The Superior Court of Georgia March 2nd,2012. This was appealed to the Georgia Supreme Court and now the U.S. Supreme Court.
Why? Well it wasn't because Sheriff Joe is my good friend because I've never met him. It was because Sheriff Joe decided by the order of his constituency to investigate for truth. I credit the people who surround Sheriff Joe who have hired and elected him as truth loving people. God bless them all.
That truth is what I've represented since suing McCain and Obama in 2008; the same truth that was used when I testified at the CIA COLUMBIA OBAMA SEDITION AND TREASON TRIAL in Harlem New York and he was found "Guilty" by a Jury of American Citizens who I had never met before and who came from every corner of the Nation.
The truth is a hard thing for those who make a lie. Obama can't say anything against the truth and not be seen as a Circus act and a Carnival Barker. The devil gets very angry at the truth because its the lie that gives him his power, and its the truth for Gods sake, that takes it away!
https://www.youtube.com/watch?v=ikVj0BbUr48&feature=player_embedded
Boy I'll tell you the list of Judges and Courts and Public Figures that have chosen to align themselves with Obama's malignant fraud and massive forgery will have something of a ding on their resume for a long time won't they?
The stain of Obama they will be trying to wipe away from the public's eye for their entire life.. may they live a long life.
Ordinarily, I would feel more pity for them but these are people who have sworn oaths to the Constitution, had money or fame or the spot light of the MSM in which they were such cowards for the truth rather then standing up boldly for our United States Constitution.
When a politician tells a lie and the people support it, the cup is filled with a lie and its just a matter of time before it spills and the resulting action stains what its spilled on.
How many people really believe a lie can be covered up for long; or is a good thing when it hurts the very fabric of our election process; when it undermines the credibility of the United States to the core; When it makes the beacon on the hill of freedom and light seem more like a joke then a light?
Who of the media will be able to hold their heads high and not look like a Obama's fool?
Who has had him on their show and called him "President" rather then the usurping idiot with nothing to hide his nakedness, but his own dis-dain for our Constitution?
Obama own words have dug a hole for him. He has trumped that "Responsibility, Accountability, Transparency, and Law" are the hallmarks for Businesses whose practices he has called into question because of their gambling on the stock market with so much that if they lost they would need a public bail out AGAIN.
What example is Obama to "good practices"? What shall those businesses say to him, "Well, your the one whose setting the example for us?"
Obama understands that when these checks and balances or values leave the market, the market is doomed to fail, yet he doesn't have the respect for the White House, for the U.S. Constitution, for "We The People" to employ those values to himself?
>
What exactly do you call someone who applies great laws and goodness to businesses and everyone else, but won't employ them to himself in the Office of the President requiring a 'natural born citizen?
FRAUD-IN-CHIEF?
What should we call him?
The 'devil' come down to us?
The truth shall set you free from the lie Mr. Obama. The truth shall set you free from Mr. Obama Democratic Party.
Make the choice, and free yourself from Obama's malignant narcissistic personality disorder join The Birther Movement and become an Article II Patriot who supports Politicians who support, defend,protect, and preserve the Constitution in truth and real power.
Cody Robert Judy
The Cody Robert Judy for President 2012 U.S.C. Eligibility Campaign
www.codyjudy.us
www.codyjudy.blogspot.com
www.youtube/user/CODE4PRES
Tags: barack, arpaio, birther, born, case, citizen, cody, cold, constitution, election
E-mail me when people leave their comments –
Follow