The American King has got EVERYTHING , but he's not Eligible to be President 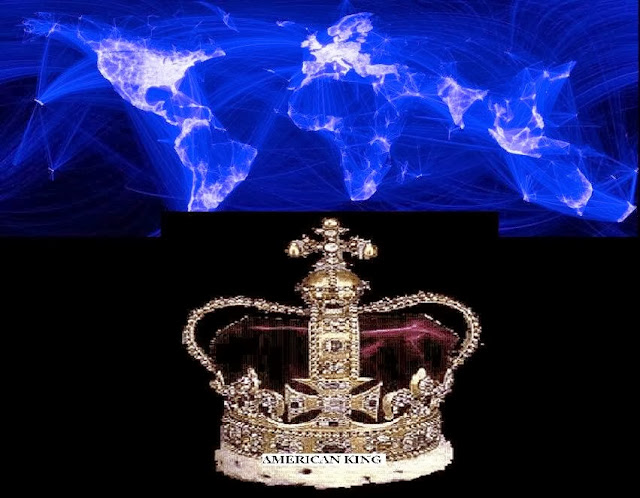 American's have seen first hand the last year with over a dozen scandals as well as this week the progressive agenda of someone in the White House who thinks he can bypass Congress. Obama completely disregarded Congress's purse strings and a report now from the Huffington post declares Obama the most cloaked and controlling quoting, "http://www.huffingtonpost.com/2013/10/10/obama-press-freedom-cpj_n_4073037.html,"Downie said he was persuaded that concerns about lack of government transparency are legitimate. Those interviewed, he wrote, “could not remember any precedent” to the Obama administration’s aggressive crackdown on leaks and efforts to control information."

The Committee to Protect Journalists, a New York-based journalist advocacy organization, released Downie’s findings Thursday in its first comprehensive look at press freedom in the United States: “The Obama Administration and the Press: Leak investigations and surveillance in post-9/11 America.” http://cpj.org/reports/2013/10/obama-and-the-press-us-leaks-surveillance-post-911.php

This lends to the really dunce theory that once someone's in office illegally in the first place, all you can do is pull your hair out if your unsatisfied. America is waking up to the facts but Obama still is charging ahead convinced his imperialistic character will win the battle over the Constitution.

While Congress is at an impasse with the White House it is very important to seize the day with the information to Congress to take a stand for the Constitution. The House of Representatives has indeed pulled the cord on Obamacare recognizing its the biggest tax in American history and it violates the independence of each American with a mandate over control of healthcare.

Before Americans wake-up with their paycheck garnished empirically, because Obamacare was not signed by a qualified President, the House has got to fight this all the way and go back to point A wherein the Constitution says you must be a natural born citizen defined very well as those born in American to Citizen parents, and hold hearings with the information brought by a Candidate for President with standing that includes the Cold Case Posse evidence Obama's long form birth certificate is nothing more then a fabrication and he is not qualified.

My fight for the Eligibility of the President began in 2007-8 with Judy v. McCain, so leave your comments at the garbage of those who claim its only a 'racist' argument, and mine certainly has included Obama and as my Dec. 2007 letter to the U.S. Supreme Court explained is based on the principle of the Constitution for which re-construction is prohibited unless authorized expressly by Amendment.

Of course I continued that legal representation in 2012 with Judy v. Obama 12-5276 that in2012, and 2013 were encased in the United States Supreme Court without a hearing, and with some very shady things happening I have rehearsed in other entries.

This could be so valuable to the Republicans in the House at this time if they would only see it and decide tis better to take a stand for the Constitution then compromise with the enslavement of a Nation. Pass it on to your Senators and House Representatives in your home state, because coming from you it will make a difference to them.

As negotiations are rambled about about the shutdown, I can only hope that House Speaker Boehner see's and hears from you exactly what needs to be heard at this time, first that the Eligibilty Card is the Ace, and second that compromise is not an option with FRAUD, FORGERY, and THEFT of many American generations.

Please send this to your Representatives and Senators and enjoy my new single and the link to help my campaign for President 2016 and the ABC Campaign (American Birthers Campaign). We maybe the only people left between you and the IRS tax of Obamacare!
AMERICAN KING -
https://www.youtube.com/watch?v=PT3Sq5Z-hCo

American King - Hot new single by The Cody Robert Judy Band streaking across America as the lyrics expands the horizon that America's Citizens are Kings and Queens and the Politicians work for the People in America.
Words:
You can say what you want to- About the royal Brits -- They have their place -- It's nice -- And you know its not the pits.

Now I work hard for my money -- But that's okay -- The politicians I elect -- Gotta do what I say.

But I gotta confess -- I got my eyes on you -- The thing you do with those hips -- Is making my pants love you.

>
[ If you would like to help Cody Robert Judy in his bid for upholding the Constitution in “America’s Birther Campaign”, or ABC Campaign ,which highlights the United States Constitution with information and education for voters to understand the tough questions politicians should be answering in 2014, and in the coming 2016 election for the Office of the President please make a contributions here: ]
www.codyjudy.us
www.codyjudy.blogspot.com
YouTube: CODY JUDY / CODE4PRES