Texas Judge Tom Head came under criticism and heard calls to retire following comments he made on FOX34 regarding needed funds to increase police forces in response to possible uprisings should Obama win reelection in November. 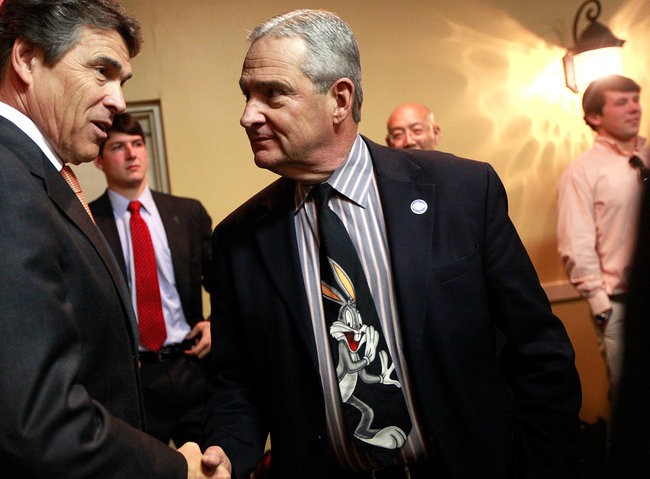 “He's going to try to hand over the sovereignty of the United States to the U.N., and what is going to happen when that happens?” Head asked. “I'm thinking the worst. Civil unrest, civil disobedience, civil war maybe. And we're not just talking a few riots here and demonstrations, we're talking Lexington, Concord, take up arms and get rid of the guy."

Head came under criticism not only for the proposed tax to counter the potential violence he sees, but also the implication that he might join in.

"Now what's going to happen if we do that, if the public decides to do that? He's going to send in U.N. troops. I don't want 'em in Lubbock County. OK. So I'm going to stand in front of their armored personnel carrier and say, 'You're not coming in here,'" the judge said. "And the sheriff, I've already asked him, I said, 'You gonna back me?' He said, 'Yeah, I'll back you.' Well, I don't want a bunch of rookies back there. I want trained, equipped, seasoned veteran officers to back me."

The majority of the outrage at Head's comments is the impression that he is advocating, or at least instigating violence against Obama. He strongly believes that Obama will use UN troops to implement control of his policies, and that that will result in an outraged lashing back from the American people. Main stream media sources see this sentiment as an irrational anti-Obama rant. Head has as of yet not backed down.

As emergency management director I have to think of the worst-case scenario, and I used that as an example,” Head said.

In his opinion, the judge explained, the worst-case scenario, politically and financially, is if Obama and the Senate Democrats stay in power.

“Does that mean that I think the U.N. is going to come rolling into Lubbock? No, that probably is not going to happen,” Head said.

As a response to people who argued the county judge used his personal opinions to make political decisions, Head said all public officials bring their value systems into office.

“I cannot divorce my theology and my philosophy from my office,” Head said. “I am pro-life, I’m pro-gun rights and if you’re gonna vote for me and if you’re not for gun rights, then you probably don’t want me in office.”