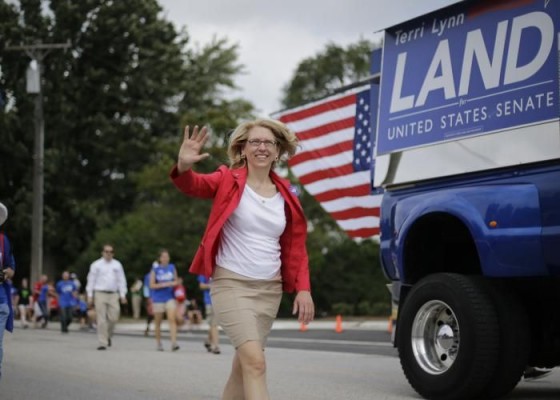 Whenever someone made their initial lie bigger, my late mom would say they added yeast to it. Not only did Gary Peters parrot Obama's infamous lie that if you like your doctor and healthcare plan you can keep them, Peters added yeast to Obama's insidious deception by telling Michigan families that Obamcare would strengthen Medicare and lower costs.

In typical Obama regime cold callous political-agenda-over-human-life fashion, Peters says he would vote for the exact same Obamacare bill. Folks, people are going through hell because of Obamacare -- Cancer patients losing trusted doctors who saved their lives and millions have lost healthcare plans that they loved.

After six years of Obama's failed Murphy's Law presidency, this guy is still out there trying to fire up audiences with his old “Hope and Change” line. The last thing that this unconscionable conman and his minions such as Peters want is real hope and real change. What Obama and company really strives to maintain is their same-old failed destructive Democratic Party policies.

Every time a Republican dares to seriously address the issues that have been destroying Michigan for years and seeks to implement common sense solutions, they are vilified; called racist, sexist and so on. You know the drill. Low-info voters believe the lies and vote again for the same Democrats responsible for creating the mess. It truly is sickening.

Along with everything else that is on the decline in Michigan, black youths are murdering each other in record numbers.

Meanwhile, Obama, the Democrats and Rep. Peters continue to snuggle together riding the huge elephant in Michigan's living room that is causing all the problems; political correctness.

So, if you wish to support the continuing decline of Michigan, vote for Obama's homeboy, Gary Peters. His name is spelled P-E-T-E-R-S.

But folks, Republican Terri Lynn Land who is running against Peters for U.S. Senate Michigan remembers.

Terri Lynn Land remembers a time when Michigan was first. First in industry. First in innovation. First in creative ideas which prospered America.

A dark cloud of policies out of Washington in recent years have made Michigan's glory days a distant memory. Irresponsible spending has residents overtaxed. Absurd regulations choke innovation and investment.

Energy restrictions have increased gas and electric costs for Michigan families and businesses.

Michigan families need and deserve a senator who will fight to restore Michigan to its rightful place, first. Terri Lynn promises to do just that.