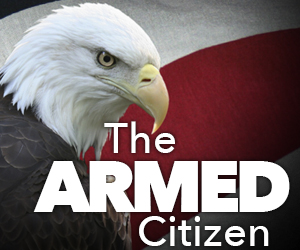 If you want children to learn about gun-control safety, and we should all want to, teach it in ‘public’ schools.  Teach our American History, continuously, focused on our US Constitution.

Many Democrat Party leaders, and specifically anti-gun activists, are diligently working with their every effort to dismantle the US Constitution; one piece by piece.

Only a few years ago, it appears evidence may prove that several associates in President Obama’s administration, including the US Justice Department, and members of the Bureau of Alcohol, Tobacco, Firearms, and Explosives (ATF) acted in the Fast and Furious plot of selling and/or approving the sale of automatic rifles, shotguns, and pistols, to a Mexican drug cartel; weapons that were used in murdering at least 3 innocent Americans and hundreds of Mexicans.  It seems our Justice Department and/or ATF had devised a scheme in an attempt to blame U.S. firearms manufacturers as scapegoats for this criminal violence.

Government gun control is nothing new.  History shows that many Socialist and Communist leaders have become member leaders of the worldwide “Gun Control Hall of Fame”  who include: National Socialist Leader and Reich Chancellor of Nazi Germany, Adolph Hitler; Communist Party Chairman and founder of the People's Republic of China, Mao Tse-Tung; Cambodian’s Khmer Rouge leader Pol Pot; and Soviet Union’s Joseph Stalin who have become directly responsible for millions of innocent deaths with their own government’s gun control.

There is a solution.  A National Instant Criminal Background Check System investigation should and would immediately qualify or deny each individual’s right to purchase a hunting rifle, shotgun, or pistol.  The criminality of using a hunting rifle, shotgun, or pistol is most feared by law-abiding citizens whenever that weapon is used by a lawless and mutinous government, as well as by unlawful and psychologically ill individuals.

Additionally, there are a few more simple solutions.  Legislators must pass laws directed at instructing ‘pubic’ schools to teach our children the US Constitution based on Judeo-Christian values and its freedoms, as recognized by our Founding Fathers.

Teaching our children about the 2nd Amendment includes owning a gun for protecting their own life, the lives of their family, in hunting for food, in shooting as a hobby, and specifically, for the protection from a tyrannical government.

Classes must be taught on our Founding Fathers knowledge, experience, and wisdoms with the importance on gun ownership; based on the purpose, necessity, and safety.  Every American should learn the importance of gun experience and gun-safety.

"No freeman shall ever be debarred the use of arms." - Thomas Jefferson