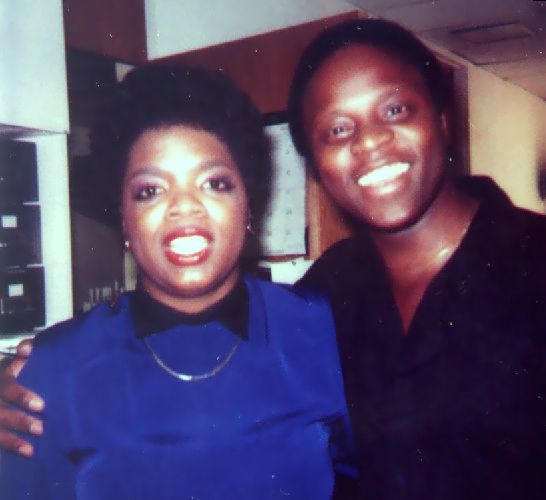 It was the 80s at WJZ-TV an ABC affiliate television station in Baltimore, MD. I was a rare black graphic designer in the art dept. Oprah Winfrey was the co-host of the station's local morning talk show, “People Are Talking”.

“People Are Talking” associate producer Debbie DiMaio sent her “reel” to Chicago in response to a job opening. The folks in Chicago, saw Oprah on Debbie's reel, liked her and the rest is television history.

Little did I know my co-worker would eventually “Oprah-rize” America; making everything about feelings and self-esteem. Please do not get me wrong. I am not saying Oprah is solely responsible for feminizing our culture and banning score keeping at school sporting events for fear of injuring the losing team's self-esteem. Unquestionably, Oprah is a superstar on the liberal Socialist/Progressive team committed to furthering their “brain dead” all-about-feelings agenda.

My brother has been coaching little league football for over 25 years. He has noticed a disturbing shift in the attitudes of more and more kids. They think they are entitled; demanding maximum rewards for minimal effort.

And when did a belief and faith in God become a bad thing in America? God is so banned from the public square, any politician boldly proclaiming their faith is branded a religious zealot nut case by the liberal media. Meanwhile, the liberal media considers anything less than a celebration of sodomy to be ignorant and worthy of attack for bigotry. I preface my comment by saying I have homosexual family and friends whom I love dearly. But, I will not be bullied into proclaiming their behavior normal.

Founding father, John Adams said, “Our Constitution was made only for a moral and religious people”. And yet, the left seeks to ban all references to God from government.

Surfing the channels, I stumbled across a TV program titled, “Hip Hop's Most Shocking Moments”. It was unfortunate witnessing so many youths influenced by a culture which celebrates ignorance, crudeness and guys employing a duck waddling walk to keep their pants which are already below their butts from falling all the way down. The liberal media celebrates this behavior as authentic “blackness”. Conservative educated English speaking blacks are trashed for trying-to-act-white.

The liberal media and the left also appear to hate any suggestion of standards, character and honor. In their perverted thinking, unless you can walk-the-walk of Jesus Christ, you have no right to demand a standard of behavior from anyone. Thus, any Conservative Republican misstep is heralded by the left as punishment for daring to raise a standard in the first place.

Democrat sins are celebrated as resume enhancements; portraying them as flawed and “real” like the rest of us.

Brother and sister patriots, I believe it is crucial that we make an immediate u-turn from the direction our country is going; get back to standing up for standards, character and honor.

When selecting our presidential candidate, I believe the “C” word, (character) means everything! Presidents have an abundance of advisors and fact finders to educate/brief them on any issue. Only a president of character with faith in a power greater than him/herself will make decisions based on what is best for the American people rather than what is going to win the most votes. While this is not a formal endorsement, I believe Herman Cain is a man of character worthy of occupying the Oval Office.

And most of all, back from Obama who upon entering the White House toured the world apologizing for America's greatness and has vowed to “fundamentally transform” her. You sir, are unworthy of our extraordinary legacy. And with God's help, we will take our country back from YOU come November 2012.