Hi, I’m Melony DeFord and I am a PROUD member of the Tea Party.

I want to share a story with you all and I hope you remember this as I have as we fight the ongoing tyranny, corruption and ‘fundamental change’ that we see daily happening in this country. If we want to save this nation we have to have purpose and focus.
My story here is what keeps me going. I hope it does you all as well.

In 2010, I had a great opportunity to travel this great land of ours with the Tea Party Express.
It was quite a journey for me, and one of many firsts.
It started out in Atlanta and I flew into Las Vegas. I met up with the rest of the Express members where I met some really wonderful people. Our very own Lloyd Marcus was one of the first people I met and we sparked an immediate friendship. Everytime we saw each other it was hugs all around. I miss those hugs. I also met Debbie Lee, whose son Marc Lee was the first Navy SEAL killed in Iraq. She is quite an inspiration. Diana Nagy and The Radio Patriot Andrea Shea King was there too. Amy Kremer, Dustin Stockton, Selena Owens and her family, Joe W. andBenjamin Smith, also a
Navy SEAL, Melanie Morgan, and Joe “The Plumber” was there as well. Later as the tour progressed, I met Lloyd's wonderful and beautiful wife Mary! Another instantaneous friendship developed.

Anyways, that’s my ‘who’s who’ list.
We started out in Searchlight and went from there all the way to Washington DC where we did our last event on April 15th. 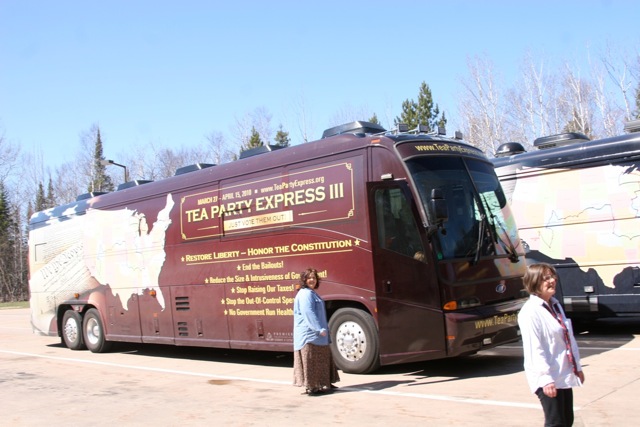 We were on the road for 3 weeks and hit 21 cities. By bus. Three of them.
The events were great and we met so many wonderful Patriots every where we went. But what started out as an adventure in taking our Nation back turned into a profound call for me.

At the end of each event, Lloyd would walk back out onstage and call all the Veterans up to the stage and we would all join them and sing “God Bless the U.S.A”. It was moving. To see so many veterans from WWII, Korea, Vietnam, Iraq - Operation Desert Storm, Operation Enduring Freedom (Afghanistan) and Operation Iraqi Freedom was very moving.
After we were done we would shake hands and thank those had served our Nation and had sacrificed so much. Sometimes it would come after Debbie Lee got up and talked about the service and sacrifice of her son. 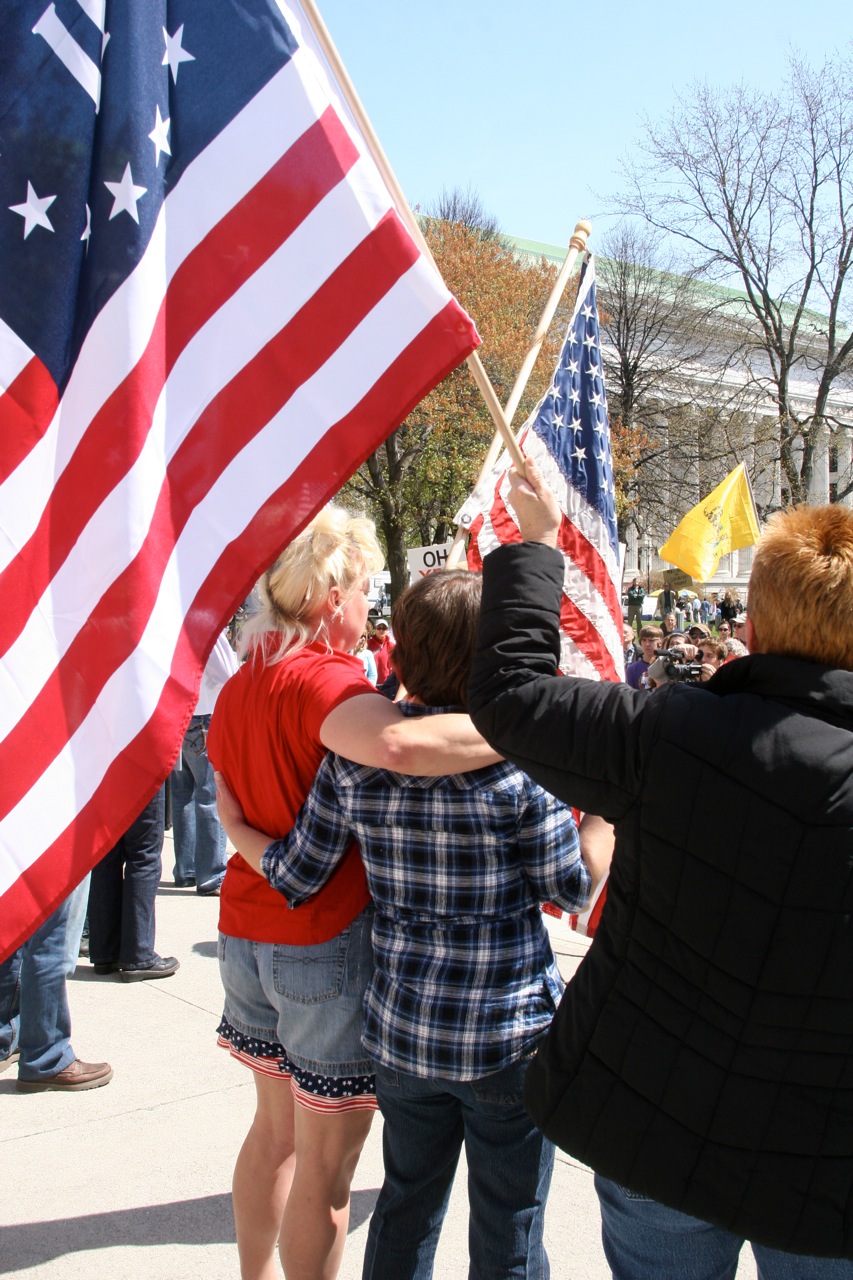 I can’t recall what city we were in or what point it was on the tour, but I stuck out for me and it is one of the most
memorable things that happened to me on the tour.
We had just finished up with singing “God Bless the USA” and I was walking around shaking hands with our Veterans and this man who had served in Vietnam was standing in front of me crying. I went to shake his hand but I got a great big hug. And he was thanking me for doing what I was doing. I lovingly pushed him back so I could look at him and Thanked HIM for his service for with out him serving and fighting for our Nation I wasn’t or would not have been able to do what I was doing. He grabbed me again. Of course by this time we both were crying. And he Thanked me some more and here is what I told him: “You have fought for me for a long time. It’s time for me to fight for you.” We hugged again and of course he and I were still shedding our tears. I didn’t get to thank to many more after that because I was just to emotional.

Folks, we have the enemy in our land and these Veterans have served us for a long time.
It is now time. Time for us to pick that mantle up and save our country. They are depending on us. Yes, there are those out there standing with us in the trenches, but there are those that cannot.

What is "Taking up the Mantle"? A person who "picks up the mantle" is taking over for someone else--usually a noteworthy person--in the pursuit of a goal.