Sometimes I take a good hard look at the past and I can see how it can repeat itself. Where I was born and growing up in a city and province where I experienced a strange pattern of events and normalcy.

I am an American citizen by choice. I took the test and aced it. I wanted to have the right to vote in this nation that is now home to me.

Being born in Montréal, Québec, Canada as an English and school taught French person can give someone a strange sense of reality. While growing up, my city was under the war measures act of Canada; the first ever in its history.

It started with the ‘Fronte de Libération du Québec’ (FLQ) wanting to take over the province. The terror ran from approximately 1963 to 1970. Bombs in mailboxes were common and influential English speaking people were targeted.

They kidnapped two influential people. One was British Trade Minister James Cross who was eventually freed in a deal with the kidnappers, while the other hostage was Pierre Laporte who was executed. It was ironic that the French person lost his life.

I have seen and lived through armored tanks on the streets and curfews. I have seen fear on the faces of people and terror in their eyes. 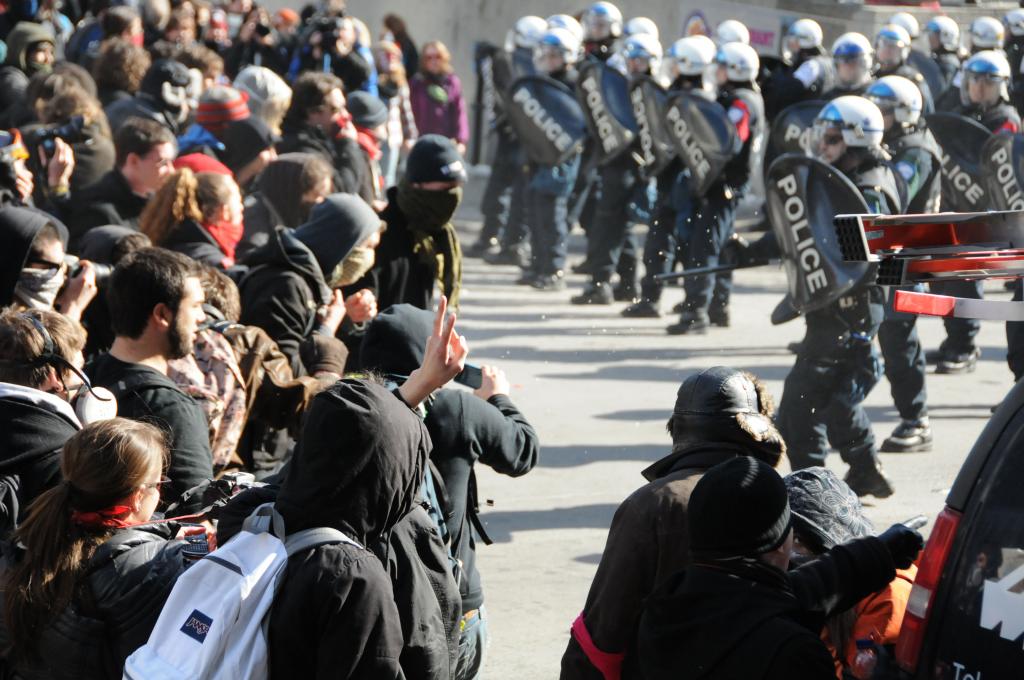 The Parti Québécois eventually replaced the FLQ because more people thought that a peaceful political party could be more effective than the violent FLQ. Then, the Bloc Québécois became the official party of Québec’s predominately French population. There are other variations to political groups now in Québec, including the Québec Liberal Party.

The English population in the province of Québec has been cut more than in half over the past thirty years. The English speaking are now bi-lingual and signs are all in French. Many of the English have migrated to the neighboring province of Ontario.

Now, in 2013, I am faced with being an American (for many years now) and seeing signs of people wanting to fight for freedom, which seems to me, to be dwindling in the USA.

There are constant threats as to the constitutional rights of citizens. America is badly divided.

I can relate to the situation here in the US easily. I have endured a very evolving situation in the country of my birth; particularly in Montréal.

There are major differences between the parties in America. The Democrats are liberal and Republicans are conservative. At least, that is what they are perceived to be.

There are only the two significant parties and an option to be an Independent voter. I am a registered Independent.

In Canada there are many parties and I believe there should be more options in the US, however, not yet. That could spread the vote out between Republicans and Conservatives. There really is a difference. I can see it with the people I interact with.

This country must have a leader who will stand for the freedoms of the Constitution of the United States. We need a change of power and it must be a change that rules against the NWO and Islamists trying to take over our country.

There are camps in many states that let Jihadists practice to kill us. That should be abolished or we will become as other countries have. Islam brought them backwards. Change is supposed to make things better. I no longer like that word. The dealing of the IRS is a disgrace to modern America. I say, abolish the IRS in favor of a ‘fair tax’.

I was born with a Jewish father and a Christian mother who converted to Judaism and then went back to her Christian upbringing when my dad died. I am not religious. I am kind of an in between person who grew up thinking that religion was parties at relative’s houses. I celebrated both. I believe that this nation was built on Judeo-Christian beliefs and certainly not Muslim based beliefs.

My conviction is that Muslims have no right to practice in Jihad camps in America. They want this country to be a Sharia law (Islamic law) based Muslim country and will stop at nothing to try to do it. I am committed to stopping this.

If everything that I have witnessed while networking and watching conservative news happens according to the possibilities I see, Islam or the NWO will be our choices. Starving sick people will make a choice. To stop this from happening, the people of America cannot be divided.

I lived through political unrest during my life and never thought that when becoming an American citizen, I would live to see a country rumble again. I am feeling it in my bones. I will be relentless in trying my best to make America whole and free once more.

We are not a free people when government spies on us and lets our Constitution be decimated.

I am only human but I know right from wrong. The theme in this country is wrong. We must change that. We must unite or divided we will fall. Let us take back America!