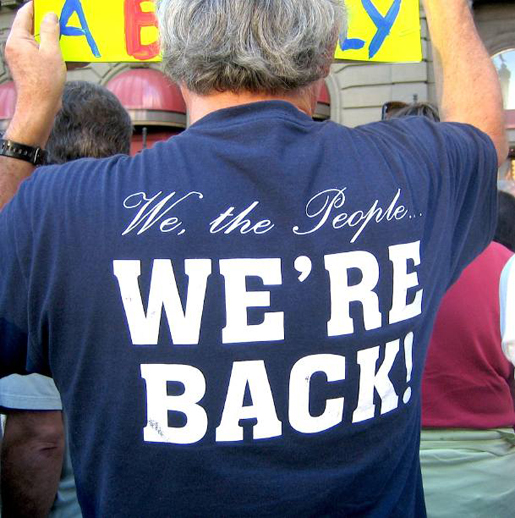 Dear Patriots, I am heartbroken, but fired-up more than ever! If the Tea Party was dying, the Supreme Court upholding Obamacare is unquestionably the rebirth of the Tea Party.

I briefly mourned the death of America as we know it. Upon stabilizing my emotions, I realized that as a Christian, I must trust God. I know some of you will want to slap me across the face for my optimism. Perhaps, the Supreme Court ruling is a blessing in disguise.

Had Obamacare been ruled unconstitutional, Obama's reelection team which includes the mainstream media would have launched a shock-and-awe campaign ranting – Four racist white guys and a black Uncle Tom took away your health care! The Supreme Court ruling has taken that evil low-rent scumbag way-of-thinking narrative away from the democrats.

I believe the Supreme Court ruling in favor of Obamacare will unify a majority of Americans to crawl over broken glass and walk across burning hot coals to vote for Mitt Romney. Obama getting a second term will mark the end of freedom and America as we know it.

Anyone who emails me saying they will not vote for Romney because he is not conservative enough, I will hunt you down and slap you! Just kidding, but you get my point.

Folks, we are about to lose our country. All foolishness, selfishness and pettiness must be cast aside.

We have been given an issue, repeal Obamacare, to rally voters to defeat Obama in a landslide. Let's roll!