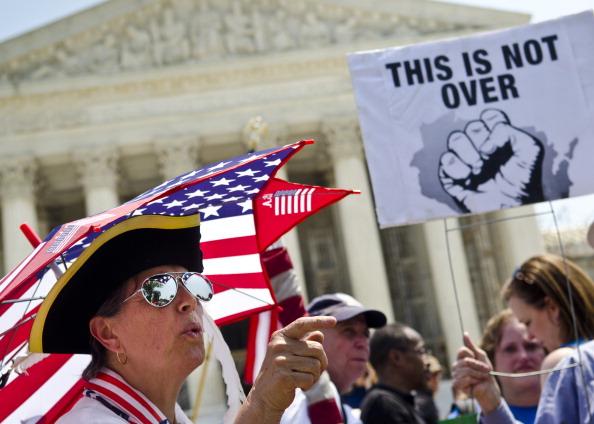 The U.S. Supreme Court has breathed new life into the anti Obamacare movement by ordering the 4th U.S. Circuit Appeals court to hear Liberty University’s challenge to the Affordable Care Act known as Obamacare. The university had brought an action against having to implement the law on the grounds of equal protection and religious freedom. President Obama insisted during the presidential campaign that religious freedom would not be inhibited or an issue for religious colleges and religious organizations would have to consider.

According to Fox News, the school is challenging being forced to provide insurance which pay for birth control against the institution’s constitutional rights. Liberty University and many opponents firmly believe that religious institutions are protected from having to adhere to this constitutional violation under the free exercise of religion clause in the First Amendment.

It appeared that many had seemingly resigned themselves to being victimized by the June U.S. Supreme Court decision as well as the recent reelection of Obama which appeared to defeat overturning the bill. But, legal sanity still prevails in the form of state leaders that are now openly opposing the merits of the law with renewed determination.

A number of republican governors are not waiting for the U.S. Supreme Court to analyze the tea leaves in order to take concerted action against this draconian and oppressive federal interventionist law. The governors refuse to have their citizens burdened as Governor Kasich of Ohio warned, “States do not have any flexibility to build and manage exchanges in ways that respond to unique needs of their citizens or markets.”

Monday, November 26th, according to Fox News’ Megyn Kelly, over 16 states have already indicated that they will not be implementing Obamacare’s health insurance exchanges in their states. In fact, Ohio governor John Kasich was joined by Texas governor Rick Perry, Bobby Jindal of Louisiana, Sean Parnell of Alaska, and John Heineman of Nebraska, among others in opposition to state-run health exchanges.

In effect, these governors are providing the lead for Obamacare battleground opponents who can slow down and eventually reduce the implementation of the most odorous and oppressive aspects of the bill.

Democrats who have been doing the happy dance over the reelection of President Obama should slow down that roll to a “wait and see” crawl. More and more states and their citizens will rally against full implementation of the law based upon being deprived of their right to equal protection under the 14th Amendment. Others will seek protection of their religious freedom under the 1st Amendment.