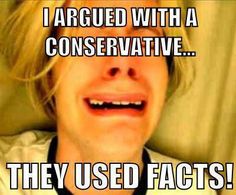 Principally demon-driven, greedy politicians who have worked feverishly to reignite the racist turmoil in this country

35 years ago, when I started raising kids, I made a profound discovery about television which rapidly caused me to turn off the tv entirely. The electronic entertainment industry has been bashing the thinking and consciences of the several generations who have been around since its inception. But besides open nudity, the tv, movie industry and Internet have been powerfully used, by the very real devil, to reshape and strategically form the attitudes and mores of millions of unwary but spellbound viewers.

Uneducated, radically rude and foulmouthed. I have watched what television and now the internet have done to the minds of millions of formerly sane and otherwise moral people.

My kids had a favorite afternoon show that they usually watched when home from school. The stars of that show were not black. But when black guest stars were included in the story, the black kids (and they were just kids) would invariably use borderline bad language, rough street/hood jargon and sexual innuendo shamelessly. The behavioral ‘contrast’ was then quite noticeable to me and my youngsters. I use the word contrast because the black families who were then our friends or acquaintances - and there were many - did not act or talk at all like that. Even our black postman was obviously college educated and amazingly warm hearted for a man of ANY color. But during these sitcoms and other ‘family’ programs, whenever a borderline swearword, a crude joke, or a suggestive sexual remark was uttered by one of the black kids, the canned laughter was dramatically intensified. Or the ‘ooohs’ and ‘ahhhs’ were generously edited in as the show faded to a commercial break. And I wondered why.

A stereotype and a culture were very obviously being artificially created. I thought then, and it is certainly confirmed to me now after facing the growing power of the media, that those early television shows were subtly training people. They were illustrating to black people what the trend-setting media had decided would be “black culture”. And they were clearly reinforcing those illustrations with laugh tracks and kindred responses inserted to positively reward the viewer for going along with their desired effect. Simultaneously they were illustrating to all non-black people what behavior they should expect from black people. Through these caricatures were subtly planted seeds of fear, anger and prejudice. And the jagged edges of racial separation, which had begun to noticeably dissipate before the decidedly racist Obamas reached the White House, began to be sharper than ever. Through the years, we have seen the stereotypically mimicked black personality reduced to a foulmouthed, uneducated rebel who is totally unlike any genuine, kind-hearted, hard-working, sharp thinking person - OF ANY COLOR!

A stereotype and a culture were very obviously being artificially created. A stereotype that satan would one day use to encapsulate almost all black people and to plant a subconscious impression of black people in the minds of people who were not black. But the deception was even smoother than that! When people of any color might simply frown upon that sort of crude behavior among black youth, they were seen as racists! Blacks especially who wanted better from themselves and their children are today commonly called “Uncle Toms” for not maintaining and encouraging the actions of what most militant blacks seem to be promoting as normal behavior. With that pattern in place and firmly set, the first black president we’ve ever had (who also created the perfect setting for a nation-wrecking Joe Biden) was also sadly the very worst president we’ve seen. And the quality of his leadership had absolutely nothing to do with his color. But so many white people were afraid of not promoting him for fear of being labeled a racist. And that’s because, THANKS TO A LYING TELEVISION/INTERNET, our racial divisions are now wider than the Grand Canyon.

“Never let a serious crisis go to waste”. People are constantly throwing around the name “Hitler” and comparing all sorts of people to that evil man. BUT Hitler alone did not build up the arsenals and stir the hate of Germany prior to World War II. It was a combined effort by evil, greedy people with a common goal and the German media was a big part of that. They found a common enemy to unite the people - Jewish, black and assorted other non-‘Aryan’ people. There were a lot of evil forces at work behind the scenes, building their evil franchise for the moment of unveiling. Hitler just stepped up and took the helm when satan determined that his time was right.

It is time that the people of the United States took off their blinders, stopped ALL racism (prejudging based on ANY color) and looked through to the true agendas of the people who are undermining this great country.

Saul Alinsky in his book, “Rules For Radicals”, summed up the above nightmare best when he said, “Never let a serious crisis go to waste.” And it was principally demon-driven, greedy politicians who have worked feverishly to reignite the racist turmoil in this country. The Obamas who could not appear at a black college graduation exercise without stirring up the racial sentiments of their audience. Michelle, at Tuskegee, reminded the graduates how the people in the South, during World War II, commonly called black men, “boys”. Barack, when he was at Howard University, encouraged the graduates to “Have confidence in your blackness!” Neither of those speakers have ever done anything to help mend our racially wounded country. And it was Barack Obama’s good friend, Rahm Emmanuel, the one who basically reiterated Alinsky’s words to his friend and fellow Democrat, Barack.

The crisis that has totally breached the America that should have lasted at least another century was one that could have been avoided by people of all colors. They should have seen the trap before it was sprung.