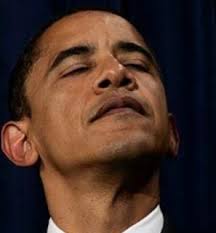 Gen. Paul Vallely of Stand Up America US, who is also helping to spearhead "Operation American Spring" beginning May 16th in DC, has suggested that to counter Obama's imperious overreaching that Congress should tender a vote of "no-confidence" against him.

Alternatively, a person on another conservative site recommended that the House censure Obama. For me at least, "censure" seems more impactful, more significant than merely a vote of no-confidence. So, perhaps censure is the better route to take.

In any event, I researched the matter of censure and found that while the process is, per intra- congressional rules, limited to members of Congress, in 1834 Pres. Andrew Jackson was censured by the Whig-dominated Senate. When the Democrats reclaimed the Senate in 1837, the censure was officially expunged from the records, suggesting to me that censure is of no small consequence to the parties affected. The net legal effect of the Jackson censure was nil; however, from a public relations standpoint, the evidence suggests it was, indeed, impactful.

It is interesting to note that to avoid the disgrace of impeachment, Pres. Clinton actually agreed with his Democratic supporters to accept being censured in lieu of the historical embarrassment of impeachment. Net effect: he was impeached anyway, only the second president, Andrew Johnson being the other in 1868, to have endured this shame. Neither, of course, was convicted and removed from office.

Censure is a formal public reprimand/rebuke for an infraction or violation. It appears nowhere in the Constitution and is, as said, an internal creation of Congress intended to deal with its own members--not sitting presidents, et. al. government officials.

That said, for those who opt to censure Obama, the precedent is there. The question is which poison would have the greater impact on public opinion and support for the president. A no-confidence vote or censure? I would say censure. It certainly can't hurt, and might actually further diminish Obama's credibility as Chief Executive and substantively impair his ability to govern or to otherwise perpetrate more unbridled mischief against the Republic, the Constitution and the American people.

My view is that to stem what appears to be a veritable flood of federal usurpations, we should commit to a multitude of remedies. As said, we can, after all, walk and chew gum at the same time. While censure is certainly a compelling action to take, we must also think in terms of what will actually stop this Progressive tyranny cold.  The obvious answer is, of course, State Nullification of all federal actions (legislation/court rulings/bureaucratic regulations/executives orders) which do not comport with the Constitution, the Supreme Law of the Land.

Realistically, all peaceful remedies should be on the table and vigorously acted upon until such time that constitutional order is restored, the doctrine of separation of powers is fully practiced, and co-equality of the States with the Federal Government is achieved.

Going forward, the most compelling remedial grassroots action we should all get solidly behind is, of course, "Operation American Spring" which will be launched in earnest on May 16th. I urge readers to check it out on the Patriots for America site. You have the option of participating in the protracted occupation or volunteering your services and talents in support of the operation.

Finally and very importantly, if all of these peaceful remedies fail to achieve our constitutional goals, then ALL other remedies sanctioned by our Founders and "natural law" must necessarily be relied upon by the American people. Let the Founders ALWAYS be our guide.