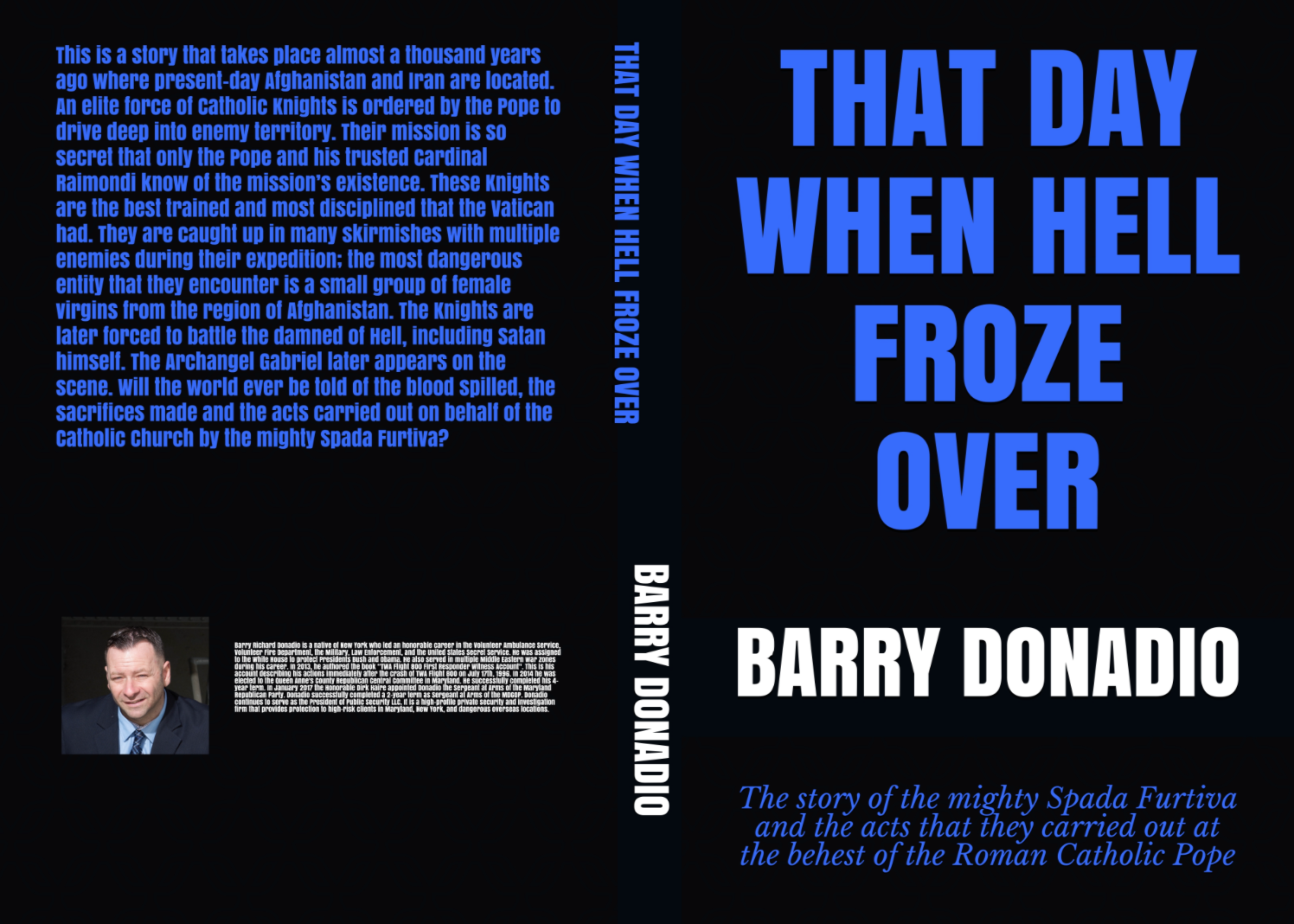 It is the name of an imaginary group of catholic warriors recruited by the Pope that appear in Barry Donadio’s fiction book “That Day When Hell Froze Over”.

What is Spada Furtiva? It means “Stealth Sword” in Italian. The Pope designated this name to a small group of his best warriors that were sent by him on a secret mission to Iran in the year 1095. They are described in Barry Donadio’s book “That Day When Hell Froze Over “ that was published on August 17th 2019.

The fictional group of men is led by the character Perraluke Bellows Perrin. He was the first to be appointed by the Pope as a member of the Spada Furtiva due to his military veteran experience in the elite Varangian Guard(The bodyguards for the Byzantine Emperor). Perraluke formed the rest of the Spada Furtiva from other veterans he led before living in Rome.

Once formed, the Vatican paid for the Spada Furtiva to be trained as the most elite force in the world. Although they were a small force, they were then sent on a secret mission to the middle east. They have a run in with Satan and all hell breaks loose.

The book has created a bit of a modern-day crazy amoung weight lifters that are trying to mimic the fighting skills and physical training of the Spada Furtiva.