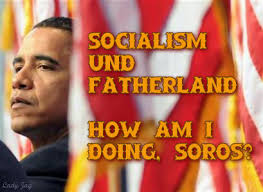 First you control the healthcare, then increase poverty & debt via climate and energy change and Obamacare.  Sounds like a bad fictional movie doesn’t it?

Podesta had Barack Obama pave the way for his “climate change” initiative internationally.  In June of 2013 Obama and Chinese President Xi Jinping came to an agreement on phasing down HFC’s, a temporary substance with a very short life used in air conditioners and refrigerators.

Obama and XiJinping under Podesta’s direction extended this arrangement to Montreal Protocol treaty and their strategy is to hopefully include G-20 Nations before next fall. Podesta as you imagine has been a very busy boy and last summer worked with Andrew Light on methane emissions.

Next he planted Andrew Light the State Department October of 2013 promote and oversee Podesta’s climate change project.  India has been dragging their feet and Andrew was to soften up India by convincing them that they should start reducing HFCs, methane and black carbon.

As we speak Podesta is strong arming the Cabinet Agencies and the White House offices insisting they get on the same climate change page with him. Podesta isn’t one to negotiate on his climate change initiative – he will make it clear to all in no certain terms that it’s my way or the highway.

Podesta’s strategy is two-fold if he gets his way on climate change by phasing down HFC’s, black carbon and methane. Methane will be a household word before John Podesta gets thru with us because it is his primary reason for pushing climate change this year – if he can get his way hydraulic fracturing used access our nation’s shale gas fields will come to a screeching halt.

The other reason is Podesta wants to go to the United Nations climate gathering in Paris in 2015 totally armed and prepared to present US negotiating strategies.

Now that Podesta along with George Soros is pretty much running our Country we can expect several critical changes in the next couple of years.  Remember Podesta is chair of the Center for American Progress (CAP) a far left group determined to go “green” and at the same time implement strategies that will reduce America’s dependence on fossil fuels.

Podesta and & Soros believe there’s a loophole in our Constitution and they’re depending on Obama’s Executive Orders to get their climate and energy changes up and running immediately.

The EPA are armed and waiting for their marching orders – they’re prepared to attack and all fossil fuel companies, coal mines and any companies that are energy related.  Many coal mines have already suffered and closed their doors or laid off employees due to EPA’s restrictions and regulations.  Hydraulic fracturing will no longer be an option.

If Soros & Podesta get their way – our National Debt will explode due to the cost of going “green.” Billions of dollars of taxpayer’s money will be used immediately.  Businesses will be closing their doors or laying off thousands of employees, taxes will increase, cost of fuel will skyrocket and we could very easily slide from a recession into a “depression.”

Again, I bring up Saul Alinsky, because Obama, Soros & Podesta know his rules by heart.  In the next three years their goal is to control our healthcare, increase poverty and debt, and control climate and energy.

We the people need to get on the social media, contact our Senators, Speaker of the House (J. Boehner), Obama, all Democrats and Republicans and let our Government know we don’t want Soros & Podesta’s climate and energy change period.

What we want is balanced budget, smaller Government (much smaller), a strong Military, secured borders, full-time jobs, Obamacare repealed, our freedoms returned and most of all a Government of the people, by the people and for the people .