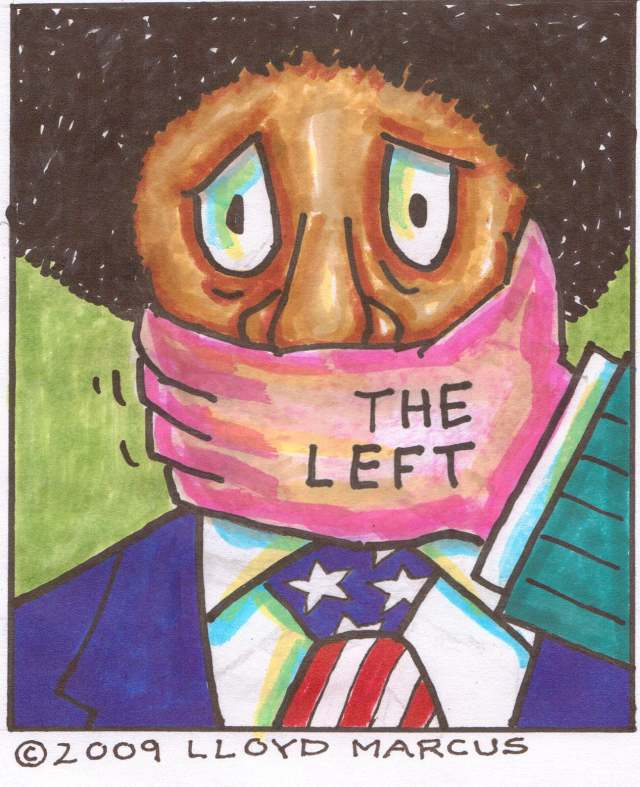 Wow! I experienced it first hand. I wrote an article defending the biblical take on an issue. The mainstream media misquoted me – took my words out of context to portray me as someone I am not – a rabid hater. Recklessly, without reading my original article to learn what I actually said, several news sources re-printed a reporter's distortion of my article.

Folks, I have no problem standing up for what I believe or even being hated for it. But, the media had thousands hating me for something I never said. Associates became nervous about being associated with me. Public figures began denouncing me. It was a very stressful situation. My stress did not come from the Left hating me. I was stressed over how the Left's lies about me negatively affected the lives of others in my life.

Here is the scariest effect of the media's gang character assassination. For about thirty seconds, I actually thought about framing my words to be more politically-correct. I thought perhaps it would be wise to frame my words in such a way that the media could not distort and use them against me. You know, the old you can catch more flies with honey thing. Well, the problem with that strategy is that the media seeks to destroy conservatives, especially black conservatives such as myself. Therefore, they will spin any and everything I say into a negative to scare me into shutting up.

Whenever conservatives simply speak the truth, they are branded extremist by the mainstream media and advised by consultants to “moderate their tone”. Meanwhile, liberals/Democrats make the most outrageous over the top statements without a peep of criticism from the mainstream media or their party. Democrat VP Biden said, “Republicans want y'all back (blacks) in chains”. Democrat Rep. Andre Carson said the Tea Party movement would “love” to see black Americans “hang from a tree”.

Democrat Rep. Maxine Waters said, “The tea party can go straight to hell.” Think about that folks. Millions of Americans who oppose Obama ignoring the Constitution and cramming his socialist/progressive agenda down their throat have been told by a Democrat to go to hell.

Has anyone in the media accused Democrats of being mean-spirited? Has any Democrat denounced a fellow Democrat's outrageous statements? No.

I know what many of you are saying, Lloyd grow up! Character assassination is a mainstay of politics, particularly Democrat politics. I realize that, but this was the first time the full assault wrath of the MSM slapped me in the face. My “right” cheek is still bruised. I now understand why so many people back away from their words and succumb to pressures to embrace the media's consensus on issues.

We see it all the time. A pundit makes a statement opposite of the MSM's consensus. The MSM gang assaults the pundit. Then, the pundit dials-back their original comments.

The Left uses a three step technique to silence opposition and shame you into embracing their agenda. I learned about this technique via an article by the late Fred Hutchison.

As an example, let's use the issue of gun control.

Step One: Desensitization. The Left pounds away 24/7 on the news, movies and etc that Second Amendment advocates and gun owners are irresponsible rednecks who do not care about children being murdered. This is to “desensitize” citizens to the idea of being stripped of their Constitutional right to bear arms.

Step Two: Jamming. Jamming means to “shame” gun owners into silence regarding their desire to own firearms and their opposition to being disarmed. Jamming is based on the idea that most humans feel shame when they believe they are not thinking, feeling or acting like the masses.

Step Three: Conversion. Conversion is when the public has become receptive to the idea of government ignoring the Second Amendment. The MSM portraying gun owners as cruel heartless idiots is a psychological attack in the form of propaganda designed to convert the emotions, minds and will of Americans to side with anti-gun activists. If done skillfully enough, anti-gun activists will be perceived as heroes.

Patriots, we can not allow the Left to bully us into becoming silenced Conservative lambs. On every issue, the Left/MSM sets the narrative; giving the issue a thumbs up or a thumbs down. Anyone daring to disagree with their consensus will be destroyed. Their bullying is working. More and more Americans are afraid to speak their minds.

Special thanks to courageous advocates for truth, justice and the American Way such as Pamela Geller, Rush Limbaugh, Mark Levin, Sean Hannity and Glenn Beck to name a few. Trust me folks when I say it ain't easy. These patriots, as I, are emboldened and driven by our love for the greatest nation on the planet.

Losing America is not an option. Therefore, we will not become silenced conservative lambs. Please join me in saying, neither will you!