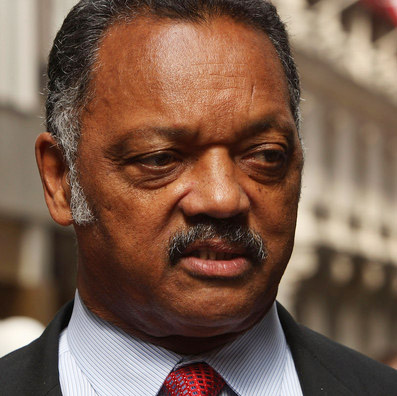 against Florida For Zimmerman Verdict

There a serious disconnect between Jesse Jackson and the American public when it comes to the 21st century and the turbulent times of the civil rights movement of the 1960s where he still lives. On Tuesday, while in Florida, Jackson decided to once again stir up Floridians and the nation by labeling the state as the “the Selma of our time,” according to Fox News.

What is indeed tragic about his statement is that the countless dozens of civil rights Selma marchers that fought and died during those horrific battles in 1965 to win civil rights have been cheapened by his mutterings. Jackson has once again proven why he has outlived his usefulness as well as his time on the national stage.

It should have been beneath Jesse Jackson to try and drum up old dated memories of a civil rights era that does not exist any longer. What is perplexing is how Jackson could work his lips to utter his old brand of racism based upon the jury’s diligent application of the law to the presented facts.

Instead Jackson wants the new-old standard to be one based on having a jury use their personal feelings about Trayvon Martin and how they should consider that he might have been their child.

Yet is that not the very standard that was used by many southern juries in the past to unjustly convict black defendants? Were not all white juries using that standard when prosecutors asked them to “let their conscience and their feelings be their guide” in determining the innocence or guilt of the black defendant? Well most students of history know well the outcome when application of the law was tossed out the window in those cases.

Now here come the race hustlers who still are trying to stretch their 15 or 20 years of civil rights celebrity into a lifetime hustle. Jackson somehow insists that the laws not be applied to the facts and throw all the progress of civil rights advocacy for colorblind justice right out the window.

The state of Florida and the American people are much smarter than that. Facts and the law do matter despite what Jackson thinks. In reality all of the rabble rousing and use of sheer race demagoguery by Jesse cheapens the meaning and accomplishments of the civil rights movement. He added insult to injury by comparing Florida to the racial segregationist practices that existed in South Africa which led to the rise of leaders like Nelson Mandela.

There was no racism in the Zimmerman decision, and even Trayvon’s mother stated that race was not the point of the trial. So where is the fire Jesse!