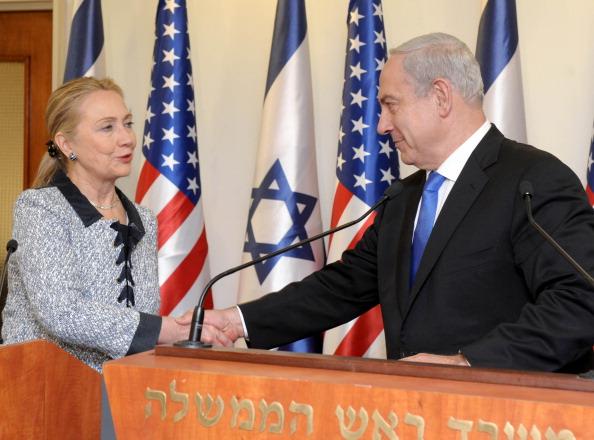 What does it matter!” cried out the former U.S. Secretary of State defiantly when testifying before a January Congressional Committee investigating the Benghazi murders of 4 Americans. This is the time tested belligerent stagecraft Hillary Clinton has perfected over the previous forty plus years of her public political life that America, New York and Arkansas have become quite familiar with. It is her very indignant attitude and self righteous zeal that has been manufactured in the den of liberalism that the mainstream media and Hollywood adore.

Who but an audacious Hillary Clinton could whipsaw a congressional committee with a chilling snare and at the same time send a tingling up the legs of mainstream media pundits and liberal supporters? She now has reached the pivot point in her life where two alphabet soup networks, NBC and CNN, want to hand her the White House on a small silver screen platter by creating a docudrama and miniseries of her Royal Highness Hillary Clinton. Hold the credits…

A brick has been thrown into the works by RNC Chairman Reince Priebus who is sounding the alarm. Priebus claims, according to Fox News, the airing of these shows is not to reveal the whole truth of the life and times of Ms Clinton, but rather to showcase Hillary Clinton as a “larger than life” presidential candidate.

Coincidentally, while Hollywood and TV reviewers will be sending up kudos and adulation to the film projects, CNN and NBC would be fielding so-called journalists who would be eviscerating Republican presidential contenders during the debates. Or worse yet, they could do a Candace Crowley hatchet number on them as she did to Mitt Romney during the Presidential Debate with Mr. Obama. Crowley’s feigned apology is not accepted.

So should America not care about two networks that have fawned over her and her lady chasing husband former President Bill Clinton? Well, you be the judge. Scandal and misrepresentation of the truth seems to be part of the political theatrics of the Clinton approach to American politics. Sort of has that musical ring to it, and goes something like this… “Ain’t no Mountain High Enough to Keep Me From Lying to You!”

“What does it matter!” she bellows out! Did it matter that during Hillary Clinton first practiced her skills at fabrication by lying while working as part of the legal team during the Watergate hearings investigation of President Richard Nixon?