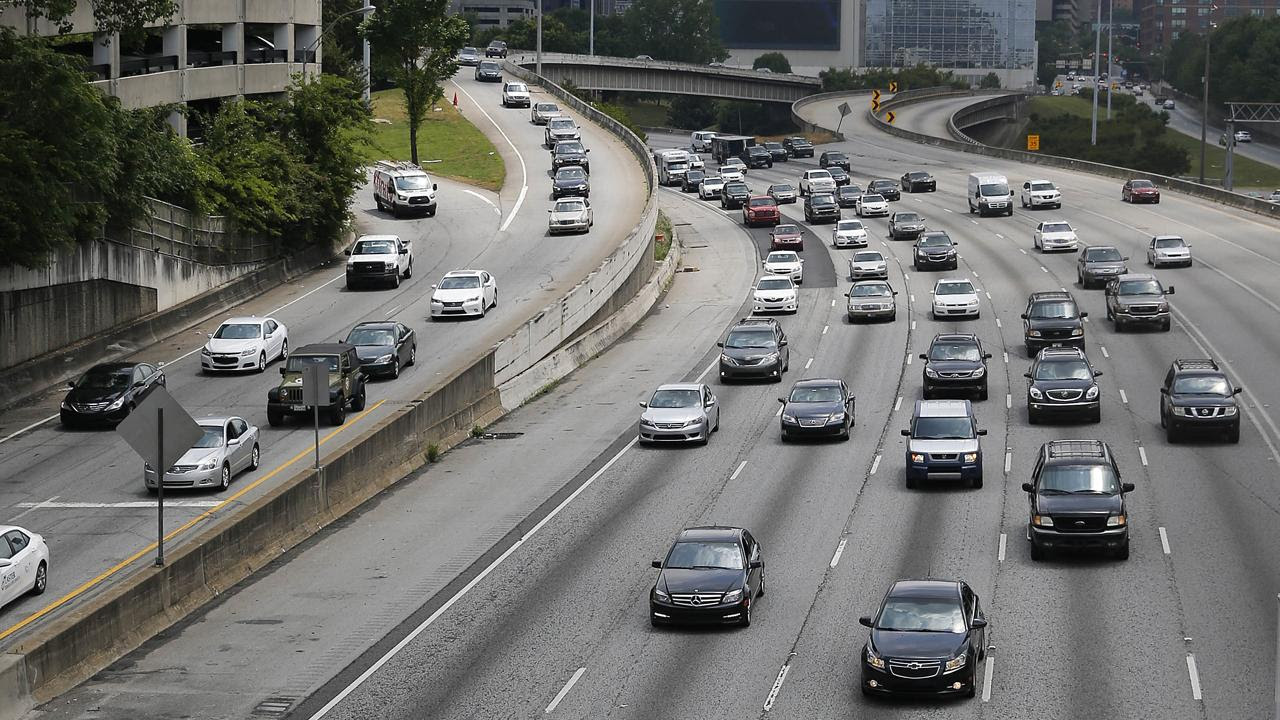 By Paul Conner
{ foxbusiness.com } ~ Wall Street Journal auto reporter Tim Higgins on automakers asking President Trump to reconsider his plan to rollback scumbag/liar-nObama-era emissions standards... President Trump slammed “politically correct” automakers Opens a New Window. on Wednesday, defending his plan to roll back scumbag/liar-nObama-era carbon emissions standards. “My proposal to the politically correct Automobile Companies would lower the average price of a car to consumers by more than $3000, while at the same time making the cars substantially safer,” Trump tweeted. In June, 17 major auto companies called on the Trump administration and the state of California to compromise on emissions standards. Then in July, four automakers came to an agreement with California on gas mileage and emissions standards, side-stepping the Trump administration.“Engines would run smoother,” Trump continued. “Very little impact on the environment! Foolish executives!”
https://www.foxbusiness.com/industrials/trump-slams-politically-correct-auto-companies-foolish-executives
VIDEO:  https://video.foxbusiness.com/v/6045846642001/#sp=show-clips
.
Russian agent Maria Butina
confirms bombshell over FBI 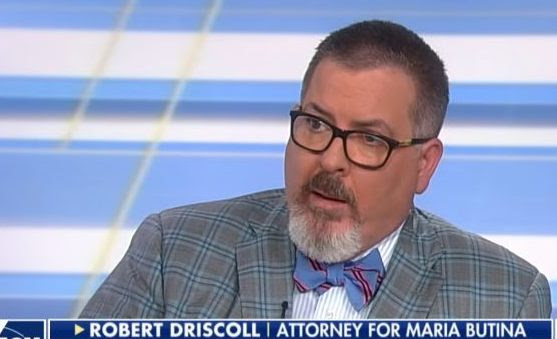 by Frieda Powers
{ bizpacreview.com } ~ The attorney for Maria Butina backed up claims by former Overstock CEO Patrick Byrne that he had a relationship with the alleged Russian spy ahead of the 2016 election... Robert Driscoll spoke with Fox News host Laura Ingraham about his client, who is currently serving a sentence for felony charges of acting as a foreign agent of Russia, and Byrne, who implicated former FBI Director scumbag-James Comey and former FBI special agent Peter Strzok in his allegations that he was directed to be in a relationship with Butina.  Byrne, who resigned as CEO for Overstock this week, alleged that top officials in the scumbag/liar-nObama administration had recruited him to help the Department of Justice with  “political espionage,” detailing the events in wild media appearances. Byrne claimed that the FBI encouraged him in his relationship with Butina, who was attempting political lobbying of her own, and that he had informed them when things about her concerned him. Butina’s lawyers seemed to have already confirmed the relationship as a letter to the Justice Department last month revealed...
https://www.bizpacreview.com/2019/08/24/russian-agent-maria-butina-confirms-bombshell-over-fbi-792062?utm_source=Newsletter&utm_medium=BPR%20Email&utm_campaign=DMS
VIDEO:  https://rumble.com/v83zuf-robert-driscoll-confirms-ex-overstock-ceo-had-relationship-with-butina.html
.
The road not taken: Another FBI failure
involving the Clintons surfaces

By JOHN SOLOMON
{ thehill.com } ~ August in Washington can be the political equivalent of an elephant graveyard: One good rain can wash away the dirt and expose the bones of scandals past... And this August did not disappoint. Thanks to the relentless investigative work of Senate Finance Committee Chairman Chuck Grassley (R-Iowa) and Senate Homeland Security and Governmental Affairs Committee Chairman Ron Johnson (R-Wis.), we are learning that the scumbag/liar-Hillary Clinton email case may not really be settled. A staff memo updating the two senators’ long-running probe discloses that the FBI — the version run in 2016 by the now-disgraced and fired scumbag-James Comey, Andrew McCabe and Peter Strzok — failed to pursue access to “highly classified” evidence that could have resolved important questions.The failure to look at the evidence back in 2016 occurred even though the agents believed access to the sensitive evidence was “necessary” to complete the investigation into scumbag/liar-Clinton’s improper transmission of classified emails — some top-secret — on her unsecure private email server, the memos show. To make matters worse, the Trump Department of Justice (DOJ) has known about that decision since at least 2018, thanks to the work of the DOJ’s internal watchdog, Inspector General (IG) Michael Horowitz, who provided DOJ leaders and Congress with a classified appendix explaining what happened. But Johnson and Grassley have been unable to get answers for a year, even from Attorney General William Barr, about whether the FBI intends to look at the critical evidence it skipped back in 2016. The Senate staff memo succinctly lays out just how egregious the FBI’s decision was in 2016...
https://thehill.com/opinion/criminal-justice/458478-the-road-not-taken-another-fbi-failure-involving-the-clintons
.
Rainforest on Fire by Alexander Zaitchik
{ theintercept.com } ~ The River Basin at the center of Latin America called the Amazon is roughly the size of Australia... Created at the beginning of the world by a smashing of tectonic plates, it was the cradle of inland seas and continental lakes. For the last several million years, it has been blanketed by a teeming tropical biome of 400 billion trees and vegetation so dense and heavy with water, it exhales a fifth of Earth’s oxygen, stores centuries of carbon, and deflects and consumes an unknown but significant amount of solar heat. Twenty percent of the world’s fresh water cycles through its rivers, plants, soils, and air. This moisture fuels and regulates multiple planet-scale systems, including the production of “rivers in the air” by evapotranspiration, a ceaseless churning flux in which the forest breathes its water into great hemispheric conveyer belts that carry it as far as the breadbaskets of Argentina and the American Midwest, where it is released as rain. In the last half-century, about one-fifth of this forest, or some 300,000 square miles, has been cut and burned in Brazil, whose borders contain almost two-thirds of the Amazon basin. This is an area larger than Texas, the U.S. state that Brazil’s denuded lands most resemble, with their post-forest landscapes of silent sunbaked pasture, bean fields, and evangelical churches. This epochal deforestation — matched by harder to quantify but similar levels of forest degradation and fragmentation — has caused measurable disruptions to regional climates and rainfall. It has set loose so much stored carbon that it has negated the forest’s benefit as a carbon sink, the world’s largest after the oceans. Scientists warn that losing another fifth of Brazil’s rainforest will trigger the feedback loop known as dieback, in which the forest begins to dry out and burn in a cascading system collapse, beyond the reach of any subsequent human intervention or regret. This would release a doomsday bomb of stored carbon, disappear the cloud vapor that consumes the sun’s radiation before it can be absorbed as heat, and shrivel the rivers in the basin and in the sky. The catastrophic loss of another fifth of Brazil’s rainforest could happen within one generation. It’s happened before. It’s happening now. One morning in April, a dugout powered by a small outboard motor appeared at a bend just upriver of the village of Kamarapa, a settlement of Apurinã Indians in Brazil’s southwestern Amazon. The dozen Apurinã squeezed inside the narrow craft represented the last of several expected delegations. The boats had been arriving since the previous morning, gliding to rest on muddy jetties after four, six, 10-hour journeys through the deep-water forest maze of the southern Amazonian floodplain during the winter rainy season. The Apurinã were gathered to discuss the emergency. In recent years, outlaws with chainsaws, known as land-grabbers, or grileiros, “locusts,” have been cutting deeper into Brazil’s Indigenous territories and other protected forests throughout the Amazon. Emboldened by the October election of Jair Bolsonaro as Brazil’s president, they are pushing more brazenly into places like Apurinã land in the roadless depths of Amazonas, the country’s biggest state and home to the world’s largest standing tracts of unbroken rainforest. “With Bolsonaro, the invasions are worse and will continue to get worse,” said Francisco Umanari, a 42-year-old Apurinã chief. “His project for the Amazon is agribusiness. Unless he is stopped, he’ll run over our rights and allow a giant invasion of the forest. The land grabs are not new, but it’s become a question of life and death.”...
https://theintercept.com/2019/07/06/brazil-amazon-rainforest-indigenous-conservation-agribusiness-ranching/?utm_source=The+Intercept+Newsletter&utm_campaign=2e96d5558a-EMAIL_CAMPAIGN_2019_08_24&utm_medium=email&utm_term=0_e00a5122d3-2e96d5558a-131896129
.
Twitter Helped Chinese Government Promote Disinformation on Repression of Uighurs by Ryan Gallagher
{ theintercept.com } ~ Twitter helped to promote Chinese government propaganda and disinformation about the country’s controversial internment camps in the Xinjiang region, a review of the company’s advertising records reveals... The social media company today announced a policy change that would bar such promotion following an inquiry from The Intercept and an earlier controversy over similar propaganda related to demonstrations in Hong Kong. In Xinjiang, a western province in China, the United Nations has estimated that 1 million ethnic minority Muslim Uighurs — including children, pregnant women, elderly people, and people with disabilities — have been detained under the pretext of fighting extremism. According to Human Rights Watch, Chinese authorities are “committing human rights abuses in Xinjiang on a scale unseen in the country in decades.” A review of Twitter advertisements from between June and August this year showed that the social media giant promoted more than 50 English-language tweets from the Global Times, a Chinese state media organization. Several of the tweets deliberately obscure the truth about the situation in Xinjiang and attack critics of the country’s ruling Communist Party regime..
https://theintercept.com/2019/08/19/twitter-ads-china-uighurs/?utm_source=The+Intercept+Newsletter&utm_campaign=2e96d5558a-EMAIL_CAMPAIGN_2019_08_24&utm_medium=email&utm_term=0_e00a5122d3-2e96d5558a-131896129.
.

Political Editors:  America’s major cities are showing increasing signs that decades of leftist Democrat policies are leading to greater dysfunction, growing crime rates, and lower standards of living. The Democrats who run these cities seek to shift the blame for the sad state of their communities onto the boogiemen of “racism” or Republicans, when in fact they are the ones responsible for enacting the policies that led to these cities’ current conditions.

There is also the problem of a shrinking middle class in major urban centers. Joel Kotkin, writing for the OC Register, notes, “Since the 1970s the middle class in cities has been in a precipitous decline while poverty has remained stubbornly high. Philadelphia’s central core, for example, rebounded between 2000 and 2014, but for every one district that gained in income, two suffered income declines. In 1970, half of Chicago was middle class; today, according to a new University of Illinois study, that number is down to 16 percent. Meanwhile, the percentage of poor people has risen from 42 to 62 percent.”

Kotkin further notes, “The most attractive blue cities — led by New York, San Francisco, San Jose, Los Angeles and Boston — now suffer, according to Pew research, the largest gaps between the bottom and top quintiles of all U.S. cities.”

One would think Democrat leaders in Baltimore, Los Angeles, and San Francisco — cities that find themselves awash in poverty-related homelessness and violence — would be working to aggressively solve these problems as soon as possible. However, many Democrat politicians are insulated from the effects of their policies because much of the old urban middle class has moved to the suburbs. Meanwhile, the Millennial hipsters attracted to these urban environments are politically more concerned over broadly nebulous leftist issues, like climate change and social justice versus the more practical and local issues like the fixing of roads and more housing availability.

In short, the Democrats who have long run America’s largest cities are failing the very ones who voted for them.  ~The Patriot Post