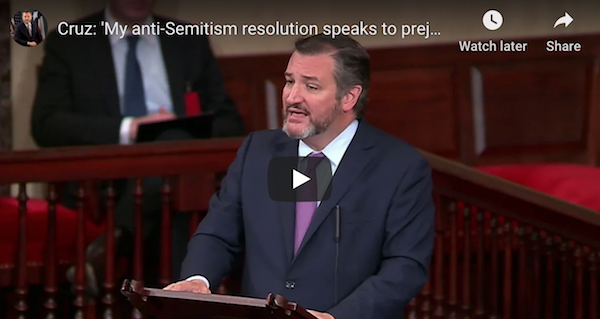 by Charlie Hoffmann
{ freebeacon.com } ~ Texas senator Ted Cruz took to the Senate floor Thursday afternoon to denounce anti-Semitism moments before the Senate... unanimously passed his bipartisan resolution condemning all forms of anti-Semitism. "We're living in an era where the need for a strong and clear condemnation of anti-Semitism has become acute," Cruz said. Cruz then went on to discuss the uptick in anti-Semitic attacks and violence in the United States and abroad, highlighting such horrific incidents as the shooting at the Tree of Life synagogue in Pittsburgh which killed eleven people. "We have seen the growth on our college campuses of movements to aggressively boycott products made by Jews in Israel," he continued, highlighting the Boycott, Divestment, and Sanctions (BDS) movement. During his speech, Cruz pointed to the House of Representatives’ failure to pass a resolution earlier this year specifically condemning anti-Semitism after Rep. worthless-Ilhan Omar (D., Minn.) made numerous anti-Semitic remarks including insinuating American Jews have a dual loyalty to Israel. "When the House tried to condemn anti-Semitism, sadly they were instead forced to water it down into a general resolution decrying bigotry of all sorts," Cruz said. "There's of course nothing wrong with condemning bigotry and hatred in general." "But anti-Semitism is a unique prejudice, with a unique history, that has led to unique horrors throughout history," Cruz added. He noted Jews are the most targeted religious group in America today according to data from the FBI. Cruz noted that American Jews have been subject to discrimination throughout the history of the United States, including being barred from certain social clubs, academic institutions, neighborhoods, and hotels...   https://freebeacon.com/issues/senator-cruz-delivers-forceful-senate-speech-denouncing-anti-semitism/?utm_source=Freedom+Mail&utm_campaign=af30258045-EMAIL_CAMPAIGN_2019_06_14_10_57_COPY_01&utm_medium=email&utm_term=0_b5e6e0e9ea-af30258045-45611665
VIDEO:   https://www.youtube.com/watch?v=aj9IMs5VtyI
.
Hezballah Isn’t Just in Beirut
It’s in New York, Too 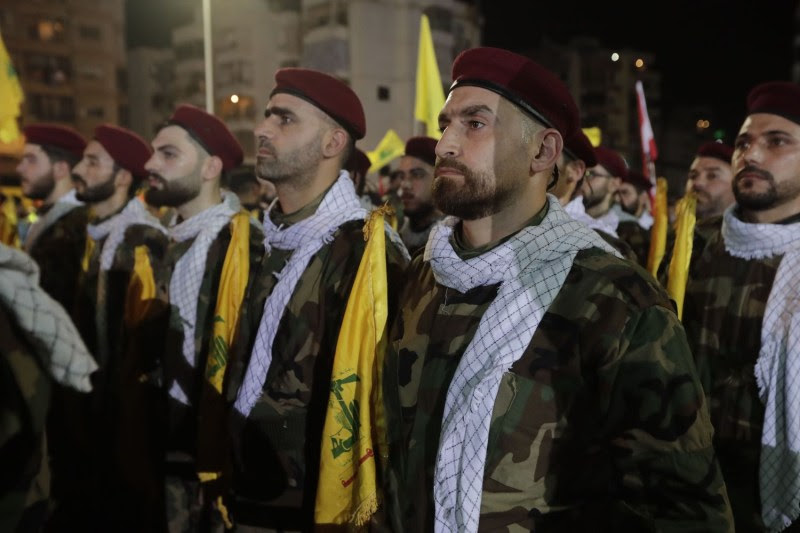 by Matthew Levitt
{ foreignpolicy.com } ~ In recent years, Hezbollah has stepped up its activities beyond Lebanon’s borders. This uptick has been clearest in the Middle East—in Iraq, Yemen, and especially Syria—but plots have also been thwarted in South America, Asia, Europe, and now... possibly, the United States. Reports of Hezbollah activity in North America are not new, though such reporting tend to focus on the group’s fundraising, money laundering, procurement, or other logistical activities from Vancouver to Miami. But last month, the criminal prosecution and conviction in New York of the Hezbollah operative Ali Kourani revealed disturbing new information about the extent of Hezbollah’s operations and activities in the United States and Canada.Taken together, the arrests in 2017 of Kourani and another Hezbollah operative, Samer el-Debek, led the U.S. intelligence community to revisit its longstanding assessment that Hezbollah would be unlikely to attack the U.S. homeland unless the group perceived Washington to be taking action threatening its existence or that of its patron—Iran. Following Kourani and Debek’s arrests, the director of the U.S. National Counterterrorism Center said in October 2017, “It’s our assessment that Hezbollah is determined to give itself a potential homeland option as a critical component of its terrorism playbook.” At the time, little of the underlying information leading to this new assessment had been made public, but on May 16, a New York jury returned guilty verdicts on all counts in the indictment against Kourani, including terrorist charges related to his surveillance of FBI and U.S. Secret Service offices, as well as a U.S. Army armory, all in New York City. Debek has yet to stand trial. Kourani carried out other operational activities as a long-term sleeper agent, acting on behalf of Hezbollah’s external attack-planning component, the Islamic Jihad Organization (IJO), such as identifying Israelis in New York who could be targeted by Hezbollah and finding people from whom he could procure arms that Hezbollah could stockpile in the area. Most of his activities occurred in the United States, but Hezbollah also sent Kourani to China, where the group had previously procured chemicals used to make bombs of the kind the group built in Bulgaria, Cyprus, and Thailand. The 2012 bombing in Burgas, Bulgaria, left seven people dead including the bomber and 32 wounded, and bomb-making chemicals of the same type were found in Thailand in 2012 and in Cyprus in 2012 and 2015, when plots were thwarted there. Hezbollah also sent Kourani on operational assignments to Canada. Kourani described himself in interviews with FBI agents as being part of a “sleeper cell.”...  https://foreignpolicy.com/2019/06/14/hezbollah-isnt-just-in-beirut-its-in-new-york-too-canada-united-states-jfk-toronto-pearson-airports-ali-kourani-iran/
.
United Nations Agency Criticizes Carbon Offsets 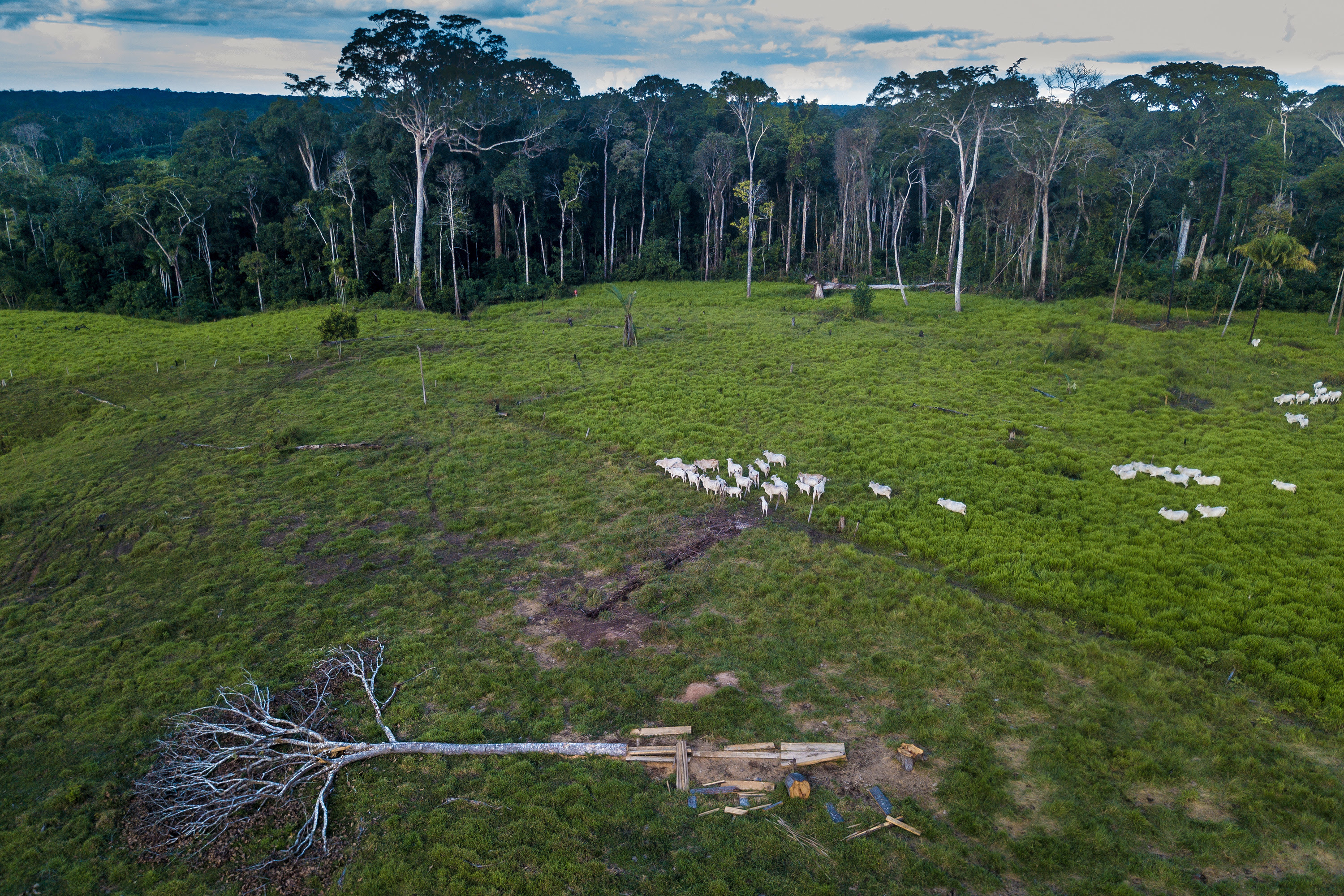 by Lisa Song
{propublica.org} ~ The United Nations drew attention this week for an article published by its environment program that criticized carbon offsets a strategy the UN has supported for two decades... The headline: “Carbon offsets are not our get-out-of-jail free card.” It came three weeks after ProPublica published a widely discussed investigation into how offsets related to forest preservation have not provided the promised carbon savings and instead have given polluters a guilt-free pass to keep emitting CO₂. “Scientists, activists and concerned citizens have started to voice their concerns over how carbon offsets have been used by polluters as a free pass for inaction,” the UN article said. Niklas Hagelberg, a senior program officer at the Nairobi, Kenya-based UN Environment Programme, said ProPublica’s investigation contributed to the questions raised over offsets, capturing key challenges such as how to accurately monitor trees in protected areas and how to fund livelihoods for forest communities that don’t involve cutting down trees.The UN article addressed all types of offsets, including renewable energy, tree planting and energy efficiency. Hagelberg told ProPublica the main message is that offsets shouldn’t be used as an excuse not to act. Industries use offsets because they are usually cheaper than reducing emissions on site. However, companies should exhaust their own low-cost reductions before buying offsets from another sector, he said. For instance, it costs oil and gas companies very little to cut certain types of methane leaks, he said. “It’s almost like, fix your own house, clean your own room first.” The UN Environment Programme, billed on its website as the “leading global environmental authority that sets the global environmental agenda,” says it has been “carbon neutral” since 2008 through a mix of net reductions and offsets such as wind and hydropower projects. The offsets come from the Clean Development Mechanism, implemented under a separate UN office that handles global climate talks. Clean Development Mechanism credits have come under fire for environmental and human rights scandals. The ProPublica investigation noted a 2016 study that found 85% of the offsets had a “low likelihood” of creating real reductions. In an emailed statement, the program’s communications office said it has reduced its reliance on these offsets over time, and these credits are “rigorously managed and controlled.” When selecting offsets, they “take into consideration those which may also have additional social and environmental benefits.”...
https://www.propublica.org/article/united-nations-agency-criticizes-carbon-offsets?utm_source=pardot&utm_medium=email&utm_campaign=dailynewsletter
.
California Set to Allow Felons to Serve
on Juries — What Could Go Wrong?

by Warner Todd Huston
{ godfatherpolitics.com } ~ The Left-wing State of California is getting closer to allowing convicted criminals serve on juries. What could go wrong... Everyone knows that there isn’t a single guilty person in prison just ask the inmates, so one has to wonder just how most convicts will vote in a jury! “From the early release of inmates through AB 109, to filling parole boards with felon friendly commissioners, to decriminalizing a litany of felonies and drug offenses with Props 47 and 57, Sacramento lawmakers are bending over backwards to dramatically reduce the state’s inmate population,” the OC Register reported. As the paper’s John Phillips wryly noted, Democrats haven’t freed enough felons, so they are “kicking tires on a new approach — rigging the jury system so no one gets convicted in the first place.” The state legislature has introduced Senate Bill 310, submitted by Berkeley Democrat Sen. Nancy Skinner. In her press release on the bill, Skinner wrote, “SB310 will help ensure that California juries represent a fair cross-section of our communities…People with felony records have the right to vote in California. There is no legitimate reason why they should be barred from serving on a jury.” Naturally, Skinner and her ilk claim that juries are all racists, so this is one way the Democrats are trying to mitigate that supposed racism. Of course, convicts are currently barred from juries because — duh — they have a serious bias against the rule of law. Juries are supposed to make their decisions in an unbiased way, but felons cannot be expected to be unbiased in this instance. But Democrats don’t care about all that...
https://godfatherpolitics.com/california-set-to-allow-felons-to-serve-on-juries-what-could-go-wrong/
.
JW Videos of the Week
One America News Special Edition of ‘On Watch with Chris Farrell’
https://www.youtube.com/watch?v=BOnMplu_TuA
.
Tom Fitton’s Video Weekly Update – June 14, 2019
https://www.youtube.com/watch?v=M3iF_3qlXjM
.
Rep. Louie Gohmert Discusses the ‘Immoral, Unethical Efforts’ of Robert Mueller Targeting Americans
https://www.youtube.com/watch?v=f2HEJVBt7JU
.

Political Editors:  Over the past two summers, Californians endured some of the worst wildfires in the state’s history. In Northern California, one of these massive wildfires burned millions of acres, consumed an entire town, and killed several people. The cause was blamed on power lines, which has cost power company PG&E billions of dollars, leading it to declare chapter 11 bankruptcy.

So, what solutions does the Golden State present to better combat the problem of wildfires? Rolling blackouts. That’s right — less electricity supplied during the summer months. PG&E explained, “While customers in high fire-threat areas are more likely to be affected by a PSPS [Public Safety Power Shutoff], any of PG&E’s more than 5 million electric customers could have their power shut off because the energy system relies on power lines working together to provide electricity across cities, counties, and regions.” So instead of preventing fires by properly maintaining forests, which environmentalists keep fighting, Californians will endure planned power outages.

Meanwhile, southern California is dealing with a massive trash problem that one would only expect to find in a third-world country. As the New York Post reports, “Rats running everywhere among piles of decaying garbage, these shocking images of a tent city look like a sordid third world shanty — but are actually downtown Los Angeles.” The article further notes that this makeshift trash dump covers “a sprawling 50-block area that is believed to be the base for around 4,200 homeless people.” This problem has Los Angeles Times columnist Steve Lopez asking, “Is it the 21st century in the largest city of a state that ranks among the world’s most robust economies, or did someone turn back the calendar a few hundred years?”

Well, California has been effectively under one-party rule for decades now. Democrats have created this mess of rolling blackouts, increasing numbers of homeless, and a massive garbage problem that is threatening to spread diseases like typhoid across one of the most populous regions of the state. Maybe it’s time Californians voted in conservatives.