.
Trump is about to win the battle
over his first veto 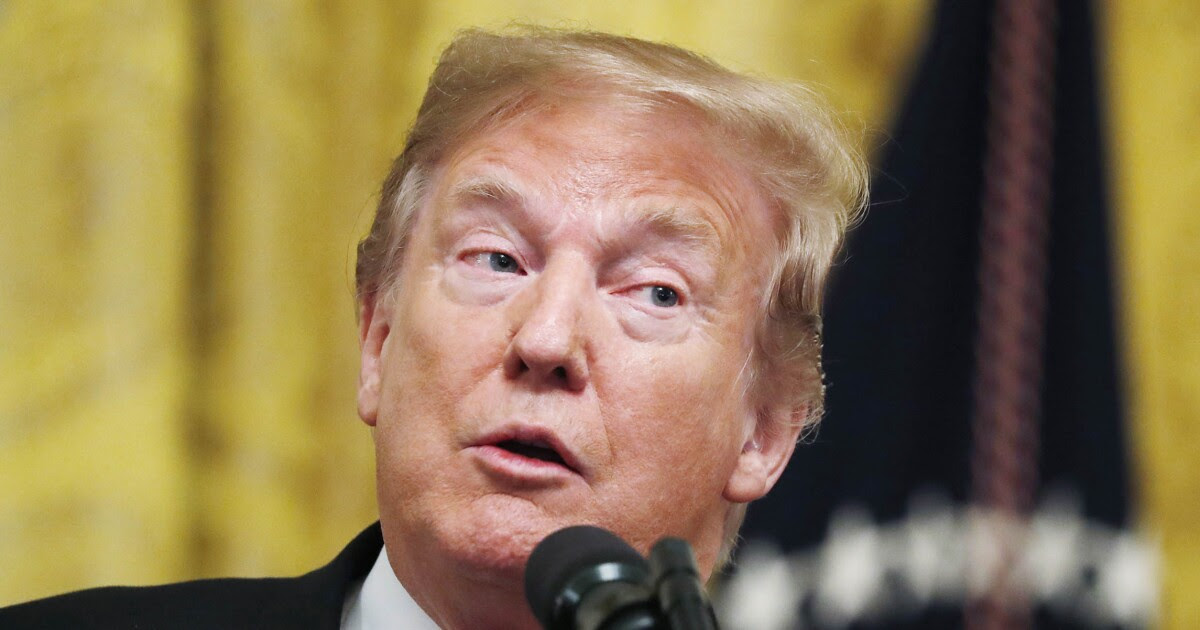 by Susan Ferrechio
{washingtonexaminer.com} ~ President Trump next week will win a legislative victory of sorts, when House Democrats fail to override the first veto of his presidency... Trump has vetoed a resolution aimed at stopping him from using $3.6 billion in military funding to build a wall on the southern border. To override that veto, the House and Senate need to find a two-thirds majority. But the votes aren't there in the House. Last month, just 13 Republicans voted with Democrats to block Trump’s emergency declaration, but Democrats would need more than 50 Republicans to vote against Trump to override his veto. “House Democrats will not have anywhere near the votes they need to override President Trump’s veto,” said Lauren Fine, spokeswoman for House Minority Whip Steve Scalise, R-La. “House Republicans have stood strongly with President Trump on securing our nation’s border and overwhelmingly supported his emergency declaration by large margins when we voted on this weeks ago. This will not change.” Democrats realize the measure won’t pass but said the vote will support court challenges to the emergency declaration by showing Congress believes Trump violated the Constitution. “Whether we can succeed with the number of votes is not the point,” Speaker Nancy Pulosi, D-Calif., said at a press conference this week. “We are establishing the intent of Congress. We are Article I, the first branch of government, the legislative branch. The president has decided to be in defiance of the Constitution, to deface it with his actions.”... Pulosi is so wrong on defiance of the Constitution.
https://www.washingtonexaminer.com/news/congress/trump-is-about-to-win-the-battle-over-his-first-veto?utm_source=WEX_News%20Brief_03/23/2019&utm_medium=email&utm_campaign=WEX_News%20Brief
.
Five things that didn't happen in
the dirty cop-Mueller investigation 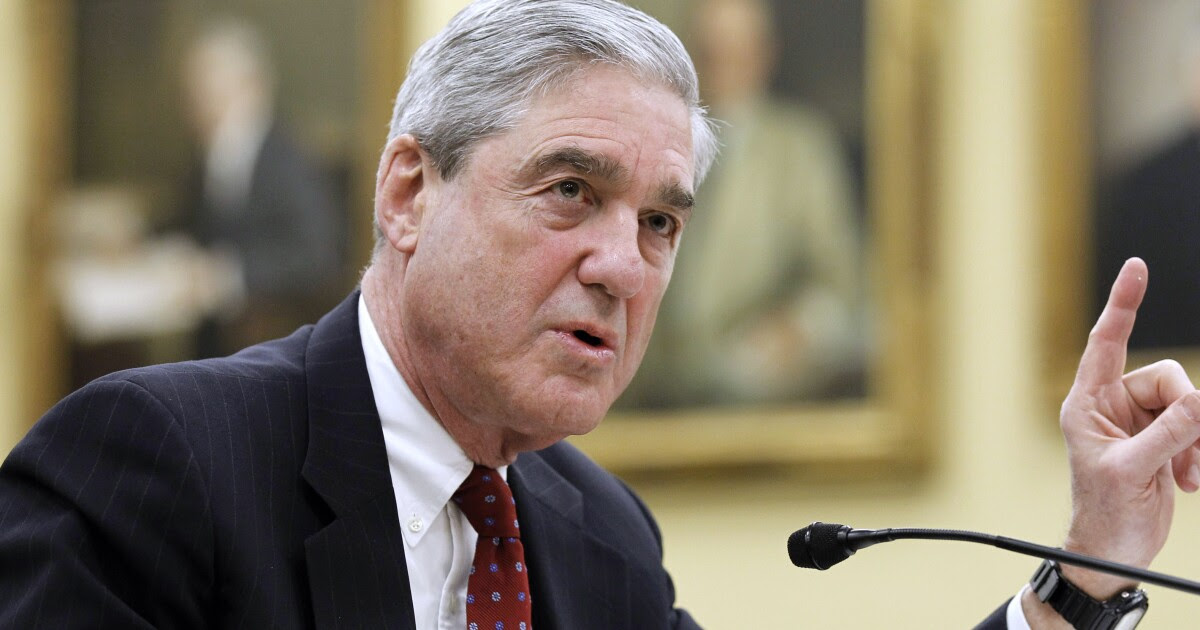 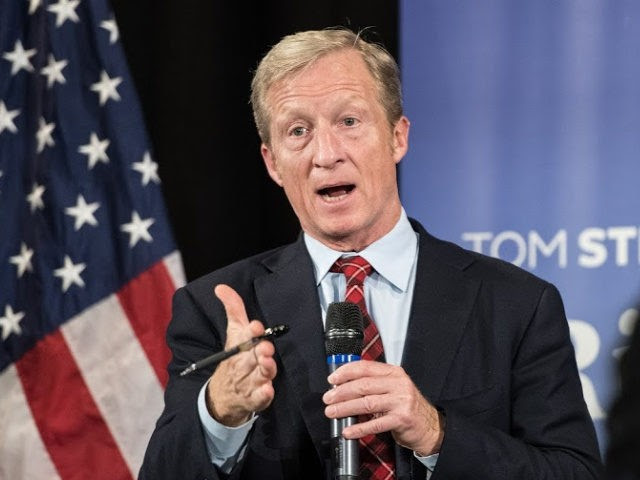 by Charlie Spierine
{breitbart.com} ~ Left-wing billionaire Tom Steyer issued a video on Friday rallying supporters after the lackluster conclusion of the report issued by special counsel dirty cop-Robert Mueller... dirty cop-Mueller’s report did not include any additional criminal indictments, despite leftists dreaming that President Donald Trump or members of his family would be sent to jail as a result of the investigation.  Steyer called for “perspective,” reminding them that dirty cop-Mueller already indicted people connected to Trump such as Paul Manafort, Michael Cohen, Rick Gates, and George Papadopoulos.  “It has already led to the indictment of 34 individuals,” Steyer said,  leaving out the fact that 26 of them were Russians as well as three Russian companies. He reminded supporters that the dirty cop-Mueller report had sparked other investigations into “Mr. Trump’s criminality.”... Steyer is washing his time and money.   https://www.breitbart.com/politics/2019/03/22/tom-steyer-rallies-impeachment-supporters-after-lackluster-conclusion-of-mueller-report/
.
What the key players surrounding
dirty cop-Mueller's report are doing 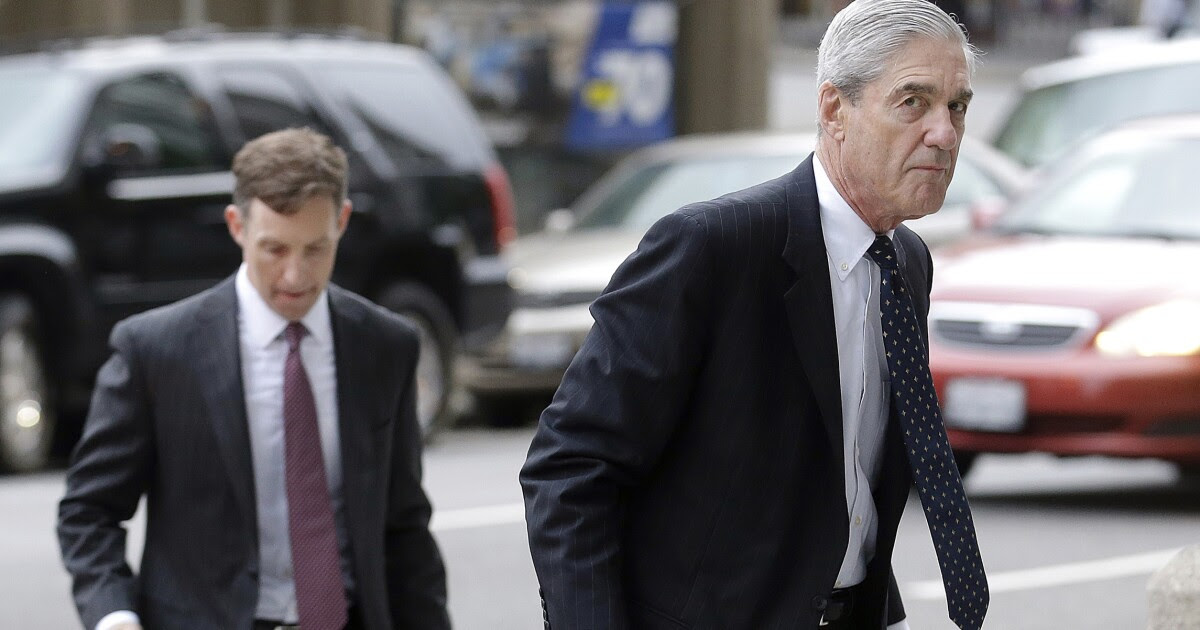 by Melissa Quinn
{washingtonexaminer.com} ~ Special counsel dirty cop-Robert Mueller’s investigation into Russian meddling in the 2016 election is finally complete... and now the country waits with bated breath to learn of dirty cop-Mueller’s findings. But it could be some time before Americans eager to learn the fruits of the special counsel’s labors are satisfied, as the report is now in the hands of the Justice Department and Attorney General William Barr. While it’s unclear when the details of the report will be made public, Congress is expected to learn of dirty cop-Mueller’s “principal conclusions” as soon as this weekend.So what are some of the key players surrounding dirty cop-Mueller’s probe doing as they await word of the special counsel’s conclusions?...  https://www.washingtonexaminer.com/news/what-the-key-players-surrounding-muellers-report-are-doing?utm_source=WEX_News%20Brief_03/23/2019&utm_medium=email&utm_campaign=WEX_News%20Brief
.
Why Kim Jong-un must feel ‘maximum pressure’
by Clifford D. May
{fdd.org} ~ It was worth a try. For decades, one administration after another, Republican and Democratic alike, failed to successfully address the metastasizing threat posed by the dictatorship that rules North Korea... So President Trump took a different tack: He played Mr. Nice Guy. He twice trekked to Asia to meet with Kim Jong-un, the country’s mass-murdering young despot. He flattered, sweet-talked and – apparently, at least – befriended him. Encouragingly, Mr. Kim suspended testing of nuclear weapons and the missiles that can deliver them. He made a commitment – repeatedly, according to Secretary of State Mike Pompeo – to permanently end his nuclear weapons program in exchange for American economic and diplomatic concessions. But at a summit in Hanoi last month, Mr. Kim demanded that five U.N. resolutions containing sanctions be lifted in exchange for dismantling a single nuclear facility.  He would keep his nuclear warheads and intercontinental ballistic missiles. Mr. Trump, recognizing that a bad deal is worse than no deal, abruptly headed home. Then, in Pyongyang last week, Choe Son-hui, a North Korean vice foreign minister, a former English-language interpreter who is believed to have Mr. Kim’s ear, told reporters that the negotiations may have reached a dead end, and that nuclear and missile testing may resume. Relations between Mr. Kim and Mr. Trump are “still good and the chemistry is mysteriously wonderful,” she told reporters, but “an atmosphere of hostility and mistrust” has been fostered by Mr. Pompeo and National Security Advisor John Bolton. “I want to make it clear that the gangster-like stand of the U.S. will eventually put the situation in danger.”...  https://www.fdd.org/analysis/2019/03/20/why-kim-jong-un-must-feel-maximum-pressure/
.

.
Another Front in the War on the
Electoral College

Michael Swartz:  Ever since Donald Trump used campaigning to the electoral map to his advantage in 2016 — going to (and winning) states where scumbag/liar-Hillary Clinton couldn’t be bothered to show up — leftists have been doing their level best to negate the map’s effect for the 2020 election.

Certainly a fair share of Democrat presidential candidates have called for the elimination of the Electoral College, most recently Elizabeth dinky-Warren and new kid on the block socialist-Beto O'Rourke. But much of the Left’s effort has been spent behind the scenes convincing states to subvert the Electoral College by awarding their electoral votes to the winner of the national popular vote, regardless of the wishes of their own voters. A proposition that dates back closer to the days of Bush v. scumbag-Gore — it’s been around for over a decade, as Maryland was the first to adopt it back in 2007 — the National Popular Vote (NPV) effort has borne more fruit lately as Colorado recently joined the state-level agreement, with Delaware and New Mexico close on their heels. This means by month’s end the District of Columbia and 15 states representing 189 electoral votes will be part of the NPV compact.

However, as the NPV movement has only been successful to date in Democrat-dominated states, its opportunities for success are dwindling. Among states with a Democrat “trifecta,” meaning the party controls both houses of the legislature and the governor’s chair, only Maine, Nevada, and Oregon have not adopted the NPV legislation. Even gaining those electoral votes would leave the Left needing states representing 54 electoral votes to commit, though after the left-leaning states are all in, the ground is far less fertile in that respect.

The stakes are high. Sean Davis of The Federalist noted  that eliminating the Electoral College would “officially eliminate state authority over the presidency.” Critics of the NPV movement claim that it would relegate small states to insignificance in the presidential election, allowing candidates to strictly pander to urban voters. It was how scumbag/liar-Clinton almost won the 2016 election. And leftists know her loss was also the loss of at least two Supreme Court seats, numerous jurists at the district and appellate levels, and maintaining “business as usual” in the Swamp.

Since the NPV compact may not become a reality before the 2020 campaign ends, the next step becomes misinformation to soften up the opposition. What better way to do so than CNN’s bogus claim that, in his later years, James Madison, the “Father of the Constitution” called the Electoral College “evil”?

Since then, the “reality check” has been swift and fierce. Rather than “#factsfirst,” CNN put out commentary that was “not a true or factual statement,” and the network has been accused of “at worst … an active attempt to mislead” voters. It was hit-and-run journalism that left out the entire context of Madison’s statements in order to create a phony narrative.

Pursuant to our Constitution’s Article II, Section 1, Clause 2, the legislature of each state determines the manner by which its electors are chosen. Alexander Hamilton, Madison’s Federalist Papers coauthor, explained this method in Federalist 68.

In his Pulitzer-prize-winning book, The Making of the President, 1960, Theodore White praised “the wisdom of the Constitutional Founders who, in their foresight, invented the device of the Electoral College, which, while preserving free citizen choice, prevents it from degenerating into the violence that can accompany the narrow act of head-counting.”

If it were up to CNN, we would be questioning that wisdom.

Fortunately, we can still cite the great wisdom behind the Electoral College in the first place and marvel at the miracle that gave us a republic — as long as we could keep it.  ~The Patriot Post

https://patriotpost.us/articles/61930?mailing_id=4149&utm_medium=email&utm_source=pp.email.4149&utm_campaign=snapshot&utm_content=body
E-mail me when people leave their comments –
Follow