by sundance
{ theconservativetreehouse.com } ~ For the past several weeks China has been hoping to divide the trade dispute into two tracks thereby separating trade issues related to U.S. national security... Beijing wants, heck needs, the simple agricultural trade because they are food dependent and need that uninterrupted. However, they are strongly opposed to a comprehensive trade reset. Beijing wants to wait-out President Trump on the more substantive issues surrounding: intellectual property rights; forced transfer of IP and manufacturing secrets; non tariff barriers including limited access to China’s controlled markets; and state run company subsidies that lead to market dumping and saturation. Along with avoiding legal compliance issues, China wants to carve-out the complex stuff from a simple trade agreement. However, when asked today about the possibility of carving out apartial deal President Trump emphatically said: “NO”. During a press conference with Australian Prime Minister Scott Morrison, President Trump said: “We’re looking for a complete deal, I’m not looking for a partial deal. China has been starting to buy our agricultural product; if you noticed over the last week, and actually some very big purchases. But that’s not what I’m looking for, we’re looking for the big deal. We’ve taken it to this level; we’re taking in billions and billions of dollars in tariffs; China has devalued their currency and they’re putting out a lot of money into their economy, and they have a very bad economy right now. And I don’t want them to have a bad economy, but it’s the worst in, they say, 57 years...   https://theconservativetreehouse.com/2019/09/20/president-trump-tells-china-only-a-full-trade-deal-no-partials-pouting-deputy-pandas-leave-early/
VIDEO:  https://www.youtube.com/watch?v=C78GUXfKjF8
.
Trump comes out swinging against ‘partisan whistleblower’ and ‘Little scumbag-Adam
Schiff’ gets hit 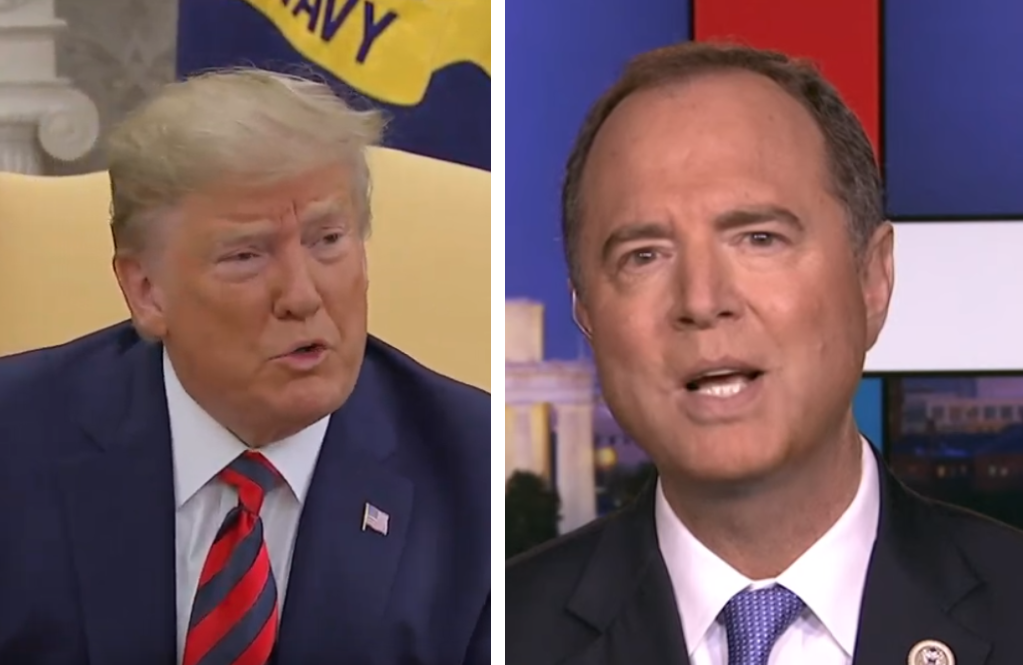 by Renee Hayes
{ bizpacreview.com } ~ Like clockwork, President Trump came out swinging against allegations he had an inappropriate conversation with a foreign leader. The “whistleblower bombshell”  was first dropped by the New York Times... and was quickly expanded upon by the Washington Post. The story alleges Trump was engaged in conversations with Ukrainian leadership, he reportedly pressured the foreign government in order to get dirt on former Vice President loose lips liar-Joe Biden. President Trump blasted “the Radical Left Democrats and their Fake News Media partners” in a series of tweets on Friday morning. He also blasted “Little scumbag-Adam Schiff,” accusing the California Congressman of being a co-conspirator of the story.  “There was nothing said wrong. It was pitch perfect!” Trump concluded. President Trump may have been doing double duty with his tweets. Not only was he punching back against a relentless media and Democrat Party trying to oust him, but he may have been doing a bit of damage control. Trump’s lawyer Rudy Giuliani appeared on CNN Wednesday night to beat back the latest “bombshells,” but ended up contradicting himself about whether or not the Trump admin had ever questioned Ukraine about loose lips liar-Biden. Giuliani did go full force over the very real scandals of loose lips liar-Biden’s questionable business dealings with China and Ukraine and his lucrative role his son Hunter loose lips liar-Biden’s plays in the damning allegations...
https://www.bizpacreview.com/2019/09/20/trump-comes-out-swinging-against-partisan-whistleblower-and-little-adam-schiff-gets-hit-827791?utm_campaign=bizpac&utm_content=Newsletter&utm_medium=Newsletter&utm_source=Get+Response&utm_term=EMAIL
.
Pompeo Exposes Corruption,
Ends $160 Million Dollar Feeding Frenzy 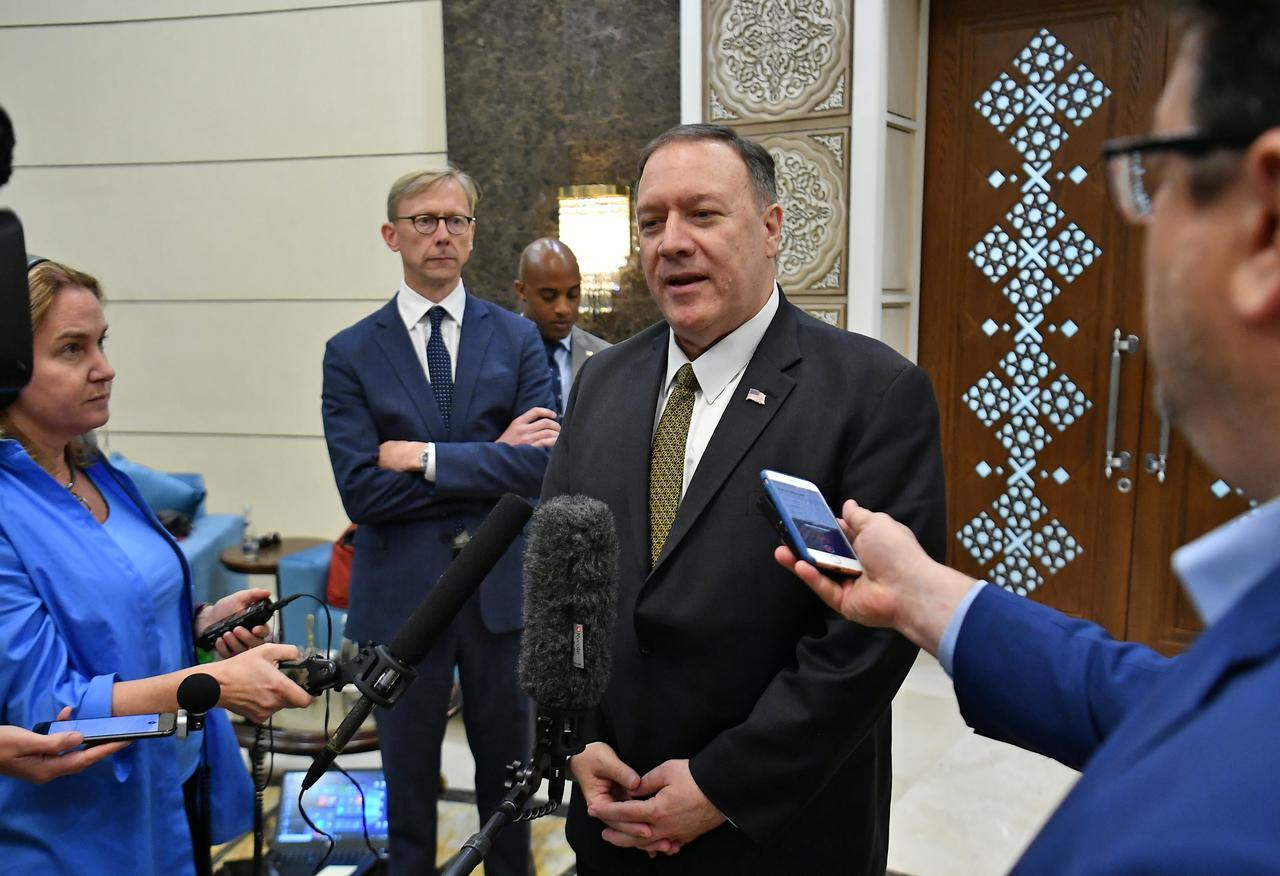 by wethepeopledaily.com ~ Secretary Of State Mike Pompeo made the announcement on Thursday that due to excruciatingly obvious and dangerous levels of corruption within the Afghan government... the United States is retracting $160 million dollars that was directed to Afghanistan. The U.S. will still complete the energy project, which was to account for $100 million of the funding. But it won’t be directing the money through Afghan President Ashraf Ghani’s crooked government, which Pompeo said is “incapable of being a partner.” Pompeo blamed the “Afghan government’s inability to transparently manage U.S. Government resources,” for rescinding the funds, but said the U.S. would still build the five power substations and maze of transmission lines in southern Afghanistan. Washington is fully withholding the other $60 million in aid and will not be redirecting it to projects in Afghanistan on the belief that Ghani’s government is neither transparent nor accountable in its spending. The U.S. is also cutting off all funding to the Afghan body in charge of government corruption, the Monitoring and Evaluation Committee, saying it is “incapable of being a partner in the international effort to build a better future for the Afghan people.” “We stand against those who exploit their positions of power and influence to deprive the Afghan people of the benefits of foreign assistance and a more prosperous future,” Pompeo said in a statement...
https://wethepeopledaily.com/pompeo-exposes-corruption-ends-160-million-dollar-feeding-frenzy/
.
Trump on Whistleblower Complaint: 'Always Appropriate' to Talk to World Leaders

{ newsmax.com } ~ President Donald Trump repeatedly defended himself Friday against an intelligence whistleblower's potentially explosive complaint, including an allegation of wrongdoing in a reported private conversation Trump had with a foreign leader... The complaint, which the administration has refused to let Congress see, remains shrouded in mystery but is "serious" and "urgent," the government's intelligence watchdog said. But Trump dismissed the matter, insisting he did nothing wrong. He declared Friday that the complaint was made by a "partisan whistleblower," though he later said he did not know the identity of the person. He chided reporters for asking about it and said the complaint was "just another political hack job." "I have conversations with many leaders. It's always appropriate. Always appropriate," Trump said. "At the highest level always appropriate. And anything I do, I fight for this country." Some of the whistleblower's allegations appear to center on Ukraine, according to The Washington Post and The New York Times. The newspapers cited anonymous sources familiar with the matter. The Associated Press has not confirmed the reports. Trump, who sat in the Oval Office with Australian Prime Minister Scott Morrison, whom he was hosting for a state visit, was asked if he knew if the whistleblower's complaint centered on a July 25 phone call with Ukrainian president Volodymyr Zelensky. The president responded "I really don't know" but continued to insist any phone call he made with a head of state was "perfectly fine and respectful." He berated reporters for asking about the whistleblower complaint. The standoff raises fresh questions about the extent to which Trump's allies are protecting the Republican president from oversight and, specifically, whether his new acting director of national intelligence, Joseph Maguire, is working with the Justice Department to shield the president from the reach of Congress. It also plunged the Trump administration into an extraordinary showdown with Congress over access to the whistleblower's complaint as lawmakers press their oversight of the executive branch...
https://www.newsmax.com/politics/trump-whistleblower/2019/09/20/id/933601/?ns_mail_uid=62cddd55-241d-495e-8ad9-b8a04d508a36&ns_mail_job=DM53557_09202019&s=acs&dkt_nbr=010502hfeugc
.
A California Court Dealt a Blow to Religious
Liberty It’s Time for SCOTUS to Act 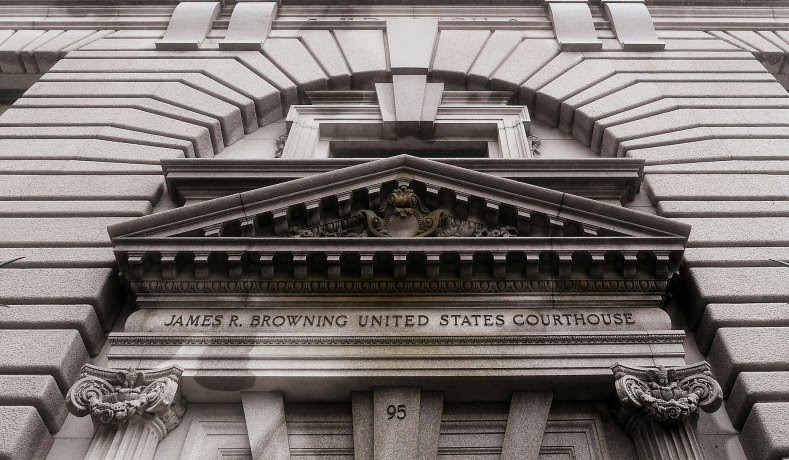 By DAVID FRENCH
{ nationalreview.com } ~ Yesterday, the California Court of Appeals issued a truly remarkable opinion in a truly remarkable case. It held that a Catholic hospital could indeed face legal liability... for failing to perform a hysterectomy as part of a female-to-male “transition” — even though its policy broadly bans sterilization surgery generally not just for trans individuals and even though the hospital referred the patient to a non-Catholic facility in the same network. The patient obtained the hysterectomy a mere three days after the original scheduled surgery date and sued anyway.  The facts of the case are simple. The plaintiff, Evan Minton, initially scheduled a hysterectomy for August 30, 2016, at Mercy San Juan Medical Center part of the Dignity Health hospital network as a treatment for gender dysphoria. Mercy is a Catholic hospital, and the day before the scheduled surgery, Mercy canceled the procedure. It cited the United States Conference of Catholic Bishops’ “Ethical and Religious Directives for Catholic Health Care Services.” As the court noted, “The Directives prohibit direct sterilization and require that bodily and functional integrity be protected and preserved.” In other words, a Catholic hospital was upholding basic Catholic religious doctrine. Mercy’s president then recommended that Minton’s doctor obtain emergency admitting privileges at nearby Methodist Hospital, which is also a Dignity Health facility. The doctor obtained privileges and performed the surgery on September 2, 2016. Minton then sued Dignity Health, claiming that he was the victim of gender identity discrimination. The trial court dismissed his complaint, but yesterday the California Court of Appeals revived his claims. It held that Dignity Health could protect the religious liberty of its Catholic institutions only if “it can provide all persons with full and equal medical care at comparable facilities not subject to the same religious restrictions.” It also held that even the short, three-day waiting period between the initial scheduled surgery at Mercy and the actual surgery at Methodist did not constitute “full and equal medical care.” Instead, the court wrote, the plaintiff “experienced a startling and painful notification that the surgery would not go forward.” When the plaintiff’s surgery was cancelled, “he was subjected to discrimination.”...  https://www.nationalreview.com/2019/09/a-california-court-deals-a-blow-to-religious-liberty-its-time-for-scotus-to-act/?utm_source=Sailthru&utm_medium=email&utm_campaign=NR%20Daily%20Monday%20through%20Friday%202019-09-20&utm_term=NRDaily-Smart
.

Thomas Gallatin:  Democrat presidential candidate Elizabeth Warren was a guest this week on Stephen Colbert’s “Late Show,” where the host surprisingly pressed her on how she planned to pay for her Medicare for All plan. The interaction went as follows:

dinky-Warren: So, here’s how we’re going to do this: Costs are going to go up for the wealthiest Americans, for big corporations—

Colbert: Taxes is what you mean by costs?

dinky-Warren: Yeah, and hard-working middle-class families are going to see their costs go down.

Colbert: But will their taxes go up?

dinky-Warren: But, here’s the thing—

While the late-night comedian ventured where no mainstream-media journalists have dared to tread, it would be a mistake to interpret Colbert’s intention as an effort to knock dinky-Warren. If anything, Colbert was serving as a campaign consultant, recognizing the fact that Warren’s claim that only the wealthy and Big Business would foot the bill for Medicare for All is simply not a practical or viable solution. Ergo, Colbert’s advice to dinky-Warren to put a positive spin on raising middle-class taxes.

There may also be another reason why dinky-Warren is reluctant to connect the middle class to tax hikes to pay for Medicare for All. Warren has also promised to repeal President Donald Trump’s tax cuts, which she fallaciously asserts benefited only the wealthy and Big Business, as a means of funding her climate agenda. Add this to the list of all the other “universal” items on dinky-Warren’s socialist platform and it quickly becomes apparent that everyone’s taxes will increase to pay for all this “free stuff.” Colbert knows that dinky-Warren, should she win the Democrat nomination, will be forced by Trump to come clean on the fact that her Big Government plans will require tax increases on everyone. So he’s trying to prepare her with the right spin.   ~The Patriot Post