TheFrontPageCover
~ Featuring ~
Dems Feign Backing Away From
Medicare for All 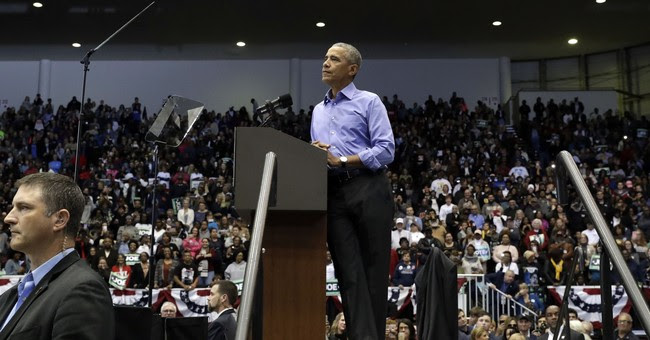 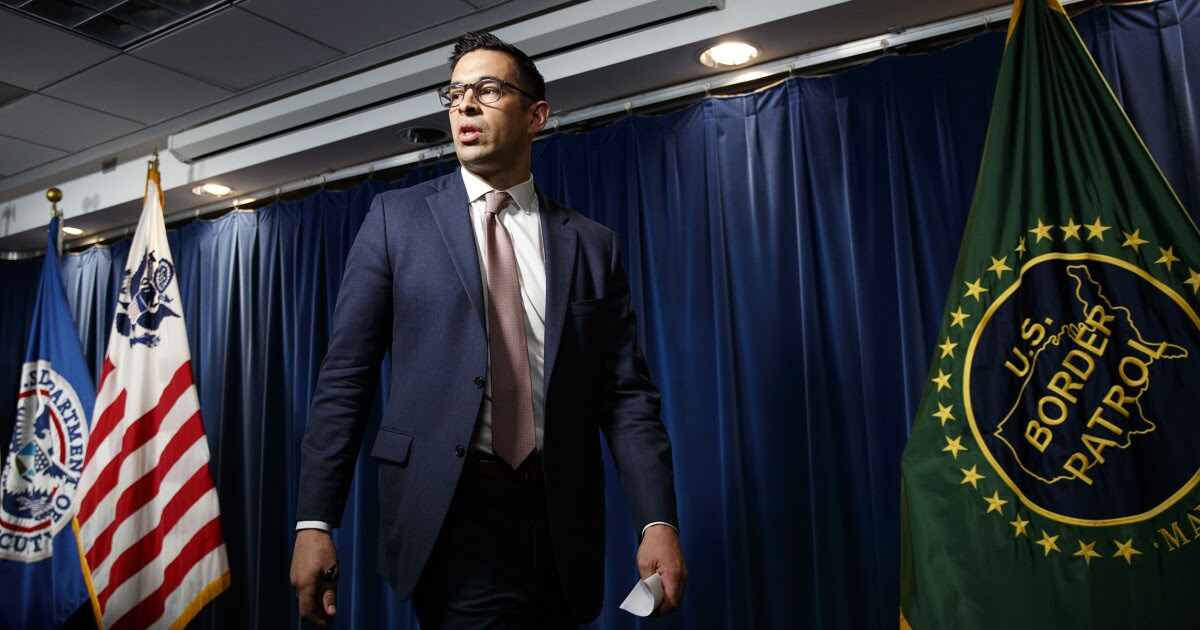 by Anna Giaritelli
{ washingtonexaminer.com } ~ The Department of Homeland Security's top public affairs official and spokesman, Andrew Meehan, is leaving the Trump administration next month... after roughly four months on the job, according to three officials. Meehan was brought to DHS headquarters to serve as acting assistant secretary of public affairs after Kevin McAleenan, his former boss at U.S. Customs and Border Protection, was promoted to acting secretary in April. Meehan was axed because of his messaging and strategy in rolling out policy changes, including this week's new rule in response to the 2015 Flores settlement agreement, according to Axios. DHS did not immediately respond to a request for comment. McAleenan and one senior aide are at the center of a federal investigation into a leak of information that compromised an Immigration and Customs Enforcement raid in late June. McAleenan and Meehan were on a government plane with the reporter who broke the story a day later. Five officials told the Washington Examiner at the time they believe McAleenan, a long-time Democratic donor, had an aide leak the raids so that they could not proceed... 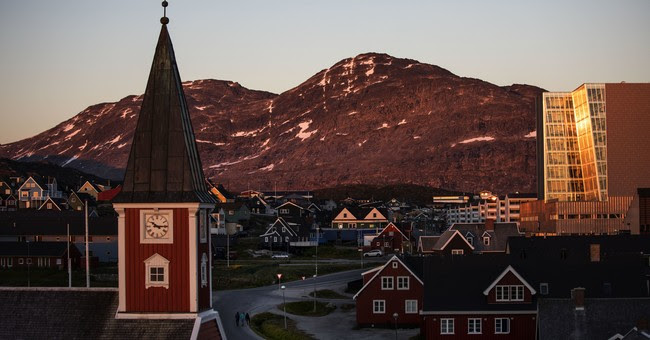 by Pat Buchanan
{ townhall.com } ~ To those of us of who learned our U.S. history from texts in the 1940s and '50s, President Donald Trump's brainstorm of acquiring Greenland fits into a venerable tradition of American expansionism... The story begins with colonial officer George Washington's march out toward Fort Duquesne in 1754 and crushing defeat and near death at Fort Necessity, where, according to myth, he fired the first shot of what would become the French and Indian War. With the British victory, Washington went home to Virginia, only to be called back in 1775 to lead the Continental Army in America's War of Independence, which lasted six years, until the victory at Yorktown. With the 1783 Treaty of Paris, the Americans won title to all the land between the Atlantic and Mississippi, from Canada to Florida. Twenty years later, in 1803, President Thomas Jefferson and Secretary of State James Madison seized Napoleon's offer and bought for $15 million the vast Louisiana Territory extending from New Orleans into Canada and so far west it virtually doubled the size of the United States. In 1818, Andrew Jackson, hero of the Battle of New Orleans in the War of 1812, was ordered by President James Monroe to march south to repel the murderous forays by Seminole Indians from Florida into Georgia. Exceeding his orders, Jackson stormed into Florida, crushed the Seminoles, hanged two British "spies" he found there, put the Spanish governor on a boat to Cuba and came home, a national hero again, after almost igniting another war with the British... 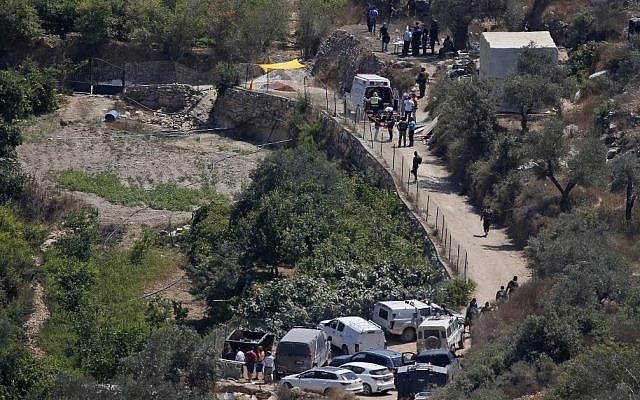 by JUDAH ARI GROSS
{ timesofisrael.com } ~ A teenage girl was killed and her father and brother were seriously injured in a terrorist bombing at a natural spring outside the central West Bank settlement of Dolev on Friday morning... Israeli officials said. Rina Shnerb, 17, of Lod, was critically wounded in the attack and received treatment at the scene from civilian and military medics before being pronounced dead of her injuries. Her father Eitan, a rabbi in Lod, and brother Dvir, 19, were taken by military helicopter to a Jerusalem hospital in serious condition, the Magen David Adom ambulance service said. Israel Defense Forces Spokesperson Ronen Manelis said the army considered the blast to be a “serious terror attack.”Shnerb was laid to rest on Friday afternoon, with hundreds attending her funeral in her hometown of Lod in central Israel. Her father and brother were unable to attend, due to the serious injuries they sustained.The army said an improvised explosive device was used in the attack. Police sappers determined that the bomb had been planted earlier at the spring and was triggered remotely when the family approached it...

https://www.timesofisrael.com/three-israelis-seriously-hurt-in-expl...
.
Democrat Hypocrisy on
Family Separation at the Border
by DAVID CATRON
{ spectator.org } ~ Last year, the Democrats portrayed President Trump as a monster for authorizing an immigration policy under which border authorities separated some children from the “families” with which they had illegally entered the country... Ignoring the inconvenient fact that many of the people from whose arms these kids were “so cruelly torn” weren’t parents or relatives, they compared the president to Adolf Hitler and accused him of state terrorism. The Trump administration now plans to close the legal loophole that required the separations and is all too predictably being denounced by the Democrats for that  proposal. House Speaker liar-Nancy Pelosi’s statement was typical: The Administration is seeking to codify child abuse, plain and simple…. This inhumane and utterly unconscionable rule circumvents the conditions set in the Flores settlement, and we expect the District Court to swiftly strike it down. Democrats continue to call on this Administration to end its assault on families and children, and to join us to protect families and preserve America’s heritage as a beacon of hope, freedom and opportunity for all. As it happens, the “inhumane” change proposed by the Trump administration would keep families together by preventing the separation of children from families awaiting immigration hearings. The Flores settlement that liar-Pelosi and the Democrats want so desperately to keep in place incentivizes illegal aliens to game our immigration system by bringing children to the border. Far from protecting children, it exposes them to all manner of exploitation and criminal maltreatment, including kidnapping and sexual abuse. It is also the engine that drives the notoriously ineffective “catch and release” policy that has rendered it all but impossible to enforce our immigration laws. Like so many of the statutes and federal regulations that prevent the efficient operation of federal departments, the Flores settlement is part of the scumbag/liar-Clinton legacy, and its many flaws were exacerbated by a meddling federal judge during the scumbag/liar-nObama era. In 1997, the government settled a long-standing piece of litigation that said children who had entered the country illegally would be detained in the least restrictive setting possible for the shortest period of time in order to be placed with a family member or some other qualified care provider. Then, in 2015, an scumbag/liar-nObama-appointed federal district court judge interpreted “shortest period of time” to mean “no longer than three weeks.” Because the adults with whom these children arrived were frequently detained due to eligibility issues and were unlikely to get an immigration hearing within three weeks, the DHS was faced with the choice of separating the children from their “parents” and releasing the entire “family unit” into the general U.S. population. The scumbag/liar-nObama administration chose the latter course and went with “catch and release.” It goes without saying that very few of the erstwhile detainees ever materialized for their hearings. The Trump administration’s alternative policy was subsequently demagogued by the Democrats, so DHS has proposed the new rule, the highlights of which are summarized below...

.
Dems Feign Backing Away From
Medicare for All

Thomas Gallatin:  In an effort to court the increasingly hard-left base of the Democrat Party, several current Democrat presidential candidates eagerly jumped aboard Sen. commie-Bernie Sanders’s socialist bandwagon to cosponsor his Medicare for All bill two years ago. This represents the future, they all insisted, parroting commie-Sanders’s insistence that health care is a right. The Medicare for All cosponsors touted their support for the socialist program … until recent polling data showed that a majority of Americans aren’t fans of the obvious policy boondoggle.'

Now every Democrat presidential candidate save commie-Sanders is running away from Medicare for All as if it were toxic sludge. Sen. lowlife-Kamala Harris (CA), the first cosponsor of the bill, had been one of its most vocal supporters, but she has clearly struggled in her herky-jerky attempts to distance herself while attempting to claim that she was never fully onboard. “I have not been comfortable with commie-Bernie’s [Medicare for All] plan,” lowlife-Harris stated on Tuesday. This sentiment certainly doesn’t comport with her position back in 2017 when she defended cosponsoring the bill as “the right thing to do.” Nor does it jive with lowlife-Harris’s claim this past April that “Medicare is the most popular health plan in the country because it works.”

But lowlife-Harris isn’t the only Medicare for All cosponsor clearly flip-flopping, as Sens. scumbag-Cory Booker (NJ), Kirsten Gillibrand (NY), and even Elizabeth dinky-Warren (MA) are also seeking to distance themselves from a politically unpopular policy.

So, are Democrats suddenly having a change of heart? Not likely. In truth, they’re merely realizing that despite all their moralizing rhetoric surrounding Medicare for All, the vast majority of Americans want to keep their current health insurance. Recently, Harry dinky-Reid, a political pragmatist if there ever was one, was asked whether Medicare for All is “problematic” for Democrats. “Of course it would be,” he answered. “How are you going to get it passed?” Reid further advised Democrats to run on the message of “improving scumbag/liar-nObamaCare” because, he argued, “People understand that. They would appreciate that. It locks in many important things.” That, by the way, is loose lips liar-Joe Biden’s plan.

Many Democrat presidential candidates are attempting to rhetorically tack back toward the center. However, the question now is, having gone so far to the extreme Left, can they find their way back to even semi-reasonable ground without being exposed as complete sellouts willing to say anything to get elected? If lowlife-Harris’s sinking poll numbers are any indication, then the answer is no.  ~The Patriot Post