.
Needless Government Meddling Is Making An Amazing New Cancer Treatment Harder To Get 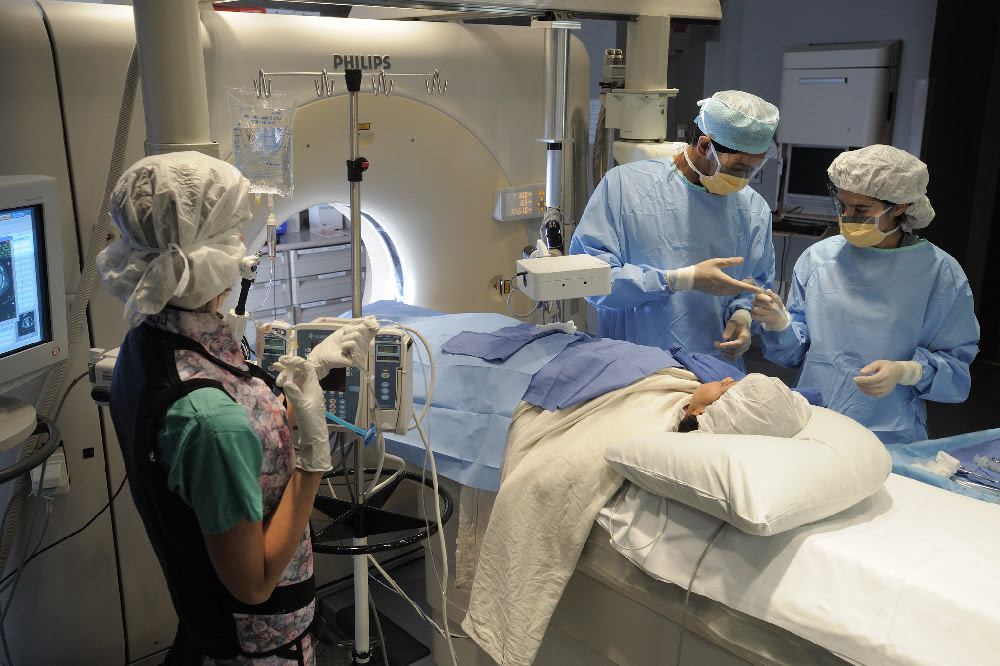 by Ashley Herzog
{thefederalist.com} ~ Chimeric Antigen Receptor (CAR) T-cell therapy might be the cancer cure patients have been waiting for—if only the government would get out of the way... CAR-T therapy is a novel treatment that trains the body’s immune system to attack and kill cancer cells. It could be a game-changer for cancer patients, especially those who have run out of time and options: The National Cancer Institute says it might be effective at treating some late-stage cancers. That is, of course, unless the government decides to interfere. In February, the Center for Medicare and Medicaid Services (CMS) issued a National Coverage Determination (NCD) for CAR-T defining under what circumstances CAR-T treatment is available to Medicare patients. It limits CAR-T treatment to hospitals alone, forcing otherwise viable treatment centers out of the marketplace. This singular provision in CMS’s otherwise sensible proposition threatens to undermine the entire proposal. On May 17, the federal government is expected to make the final decision on whether to restrict access to this treatment, a decision that has faced significant condemnation from Republican and Democratic members of Congress alike. At the start of May, a bipartisan group of 47 legislators urged administrators to refrain from imposing unnecessary restrictions on this miraculous cancer treatment. But, in a vain attempt to control the cost of the therapy, the regulations may move forward regardless. CMS’s decision inadvertently eliminates competition and gives hospitals every incentive to keep their prices sky-high. CAR-T already costs an estimated   $395,000 to $439,000 per treatment. With a dearth of providers caused by arbitrary government restrictions on who can offer this life-saving treatment, hospitals have the upper hand over patients, who might otherwise seek cheaper treatment at a different facility. The hospital mandate perverts CMS’s commendable objective to cover cancer patients. While likely unintentional, it nevertheless awards hospitals both profits and exclusive treatment rights. This will no doubt exacerbate costs... Don't have the facts if this cancer cure is true.   https://thefederalist.com/2019/05/17/needless-government-meddling-making-amazing-new-cancer-treatment-harder-get/?utm_source=The+Federalist+List&utm_campaign=9b420d9435-RSS_The_Federalist_Daily_Updates_w_Transom&utm_medium=email&utm_term=0_cfcb868ceb-9b420d9435-83771801
.
scumbah/liar-Hillary Clinton’s Dossier

by Meissa MacKenzie
{ spectator.org } ~ scumbag/liar-Hillary Clinton spun the Russia collusion story upon her loss. Heck... she was blabbing about Russia in the last debate with candidate Donald Trump in October of 2016. scumbag/liar-Hillary Clinton employed Glenn Simpson’s Fusion GPS: In an interview with NBC News, Russian lawyer Natalia Veselnitskaya says she first received the supposedly incriminating information she brought to Trump Tower — describing alleged tax evasion and donations to Democrats — from Glenn Simpson, the Fusion GPS owner, who had been hired to conduct research in a New York federal court case. A source with firsthand knowledge of the matter confirmed that the firm’s research had been provided to Veselnitskaya as part of the case, which involved alleging money laundering by a Russian company called Prevezon. Now, Trey Gowdy is asserting that Sydney Blumenthal did the Steele Dossier fact checking. Ace is right about this: …I think, in the fullness of time, we will find out that Blumenthal wasn’t used to corroborate Steele’s dossier, but that Steele was used to (fake) corroborate Blumenthal’s dossier. But let’s remember who really ran this operation: scumbag/liar-Hillary Clinton. This is the lady who got an innocent man jailed for a video to cover for her decision to let Americans die in Benghazi so her nefarious plans didn’t see the light of day. scumbag/liar-Clinton lied and lied more. She’s not known for having any particular sensitivities to the truth. All paths lead back to scumbag/liar-Hillary Clinton. And all paths that lead to her, lead to President scumbag/liar-nObama who presided over the executive branch that was using FBI, CIA, and DOJ power to use the FISC court to investigate her political rivals. Watergate was a drop of water. This is an ocean of corruption.   https://spectator.org/hillary-clintons-dossier/?utm_source=American%20Spectator%20Emails&utm_campaign=2eba7bac36-EMAIL_CAMPAIGN_2019_05_17_04_19&utm_medium=email&utm_term=0_797a38d487-2eba7bac36-104608113
.
Why Palestinians Oppose Economic Prosperity 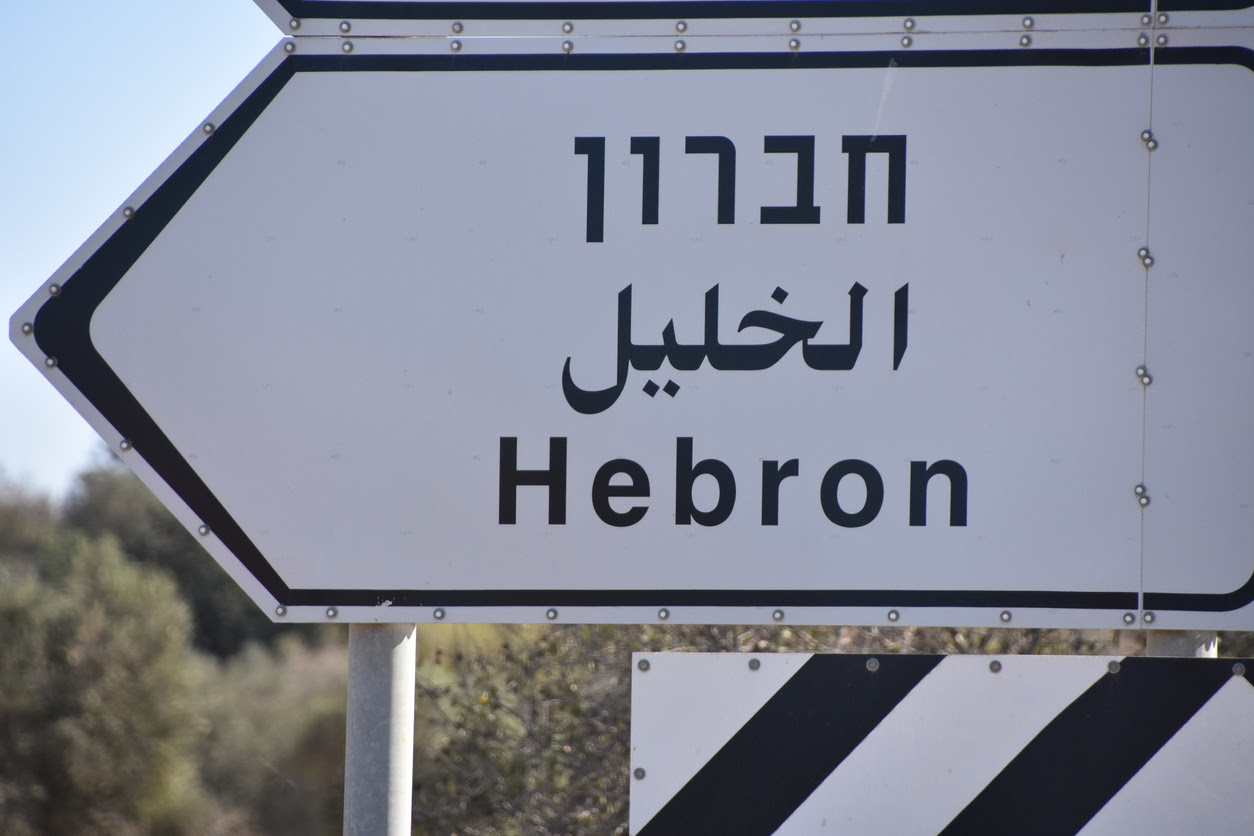 by Bassam Tawil
{ gatestoneinstitute.org } ~ In most normal societies, a businessman who seeks to improve the living conditions of his people by boosting the economy and creating job opportunities for the unemployed... including a host of jobless university graduates -- is treated with respect. The Palestinians, however, do not seem to belong to those societies. Ashraf Jabari is a 45-year-old businessman from the West Bank city of Hebron. A member of a large Palestinian clan in the city, Jabari believes in economic cooperation and peaceful coexistence with his Jewish neighbors, including settlers living in the West Bank. Earlier this year, Jabari and some of his Jewish friends launched a new economic initiative to advance joint entrepreneurship between Israelis and Palestinians there. "We are working on taking down borders, and both Israelis and Palestinians need to take part in this," Jabari explained. "We need to breach this wall. We must first create good links and good relationships not just in the West Bank, but all over Israel so we can achieve our desired goal." To advance his goal, Jabari recently announced the establishment of a new party that calls for focusing on economic prosperity for Palestinians: The Reform and Development Party, he said, seeks to solve the economic problems of the Palestinians, including high unemployment. "We have an army of university graduates who are unemployed," he said. "We've reached a situation where a young Palestinian man holding a Master's degree in law has to work as a street vendor because he can't find work." One would expect a message like that to be welcomed by Palestinians. Here is a man who is talking about helping his people put food on their tables. Here is a man who is saying: "Let's put aside our political differences and focus on ways of achieving economic stability for our people." Instead of giving Jabari a chance to carry out his initiative, Palestinians have waged a massive smear campaign against him, with many denouncing him as a "traitor" and "collaborator" with Israel and Jews. Some Palestinians have even gone as far as calling for his arrest or execution...
https://www.gatestoneinstitute.org/14236/palestinians-oppose-economic-prosperity
.
Two U.S. Warships Enter
Persian Gulf Without Incident 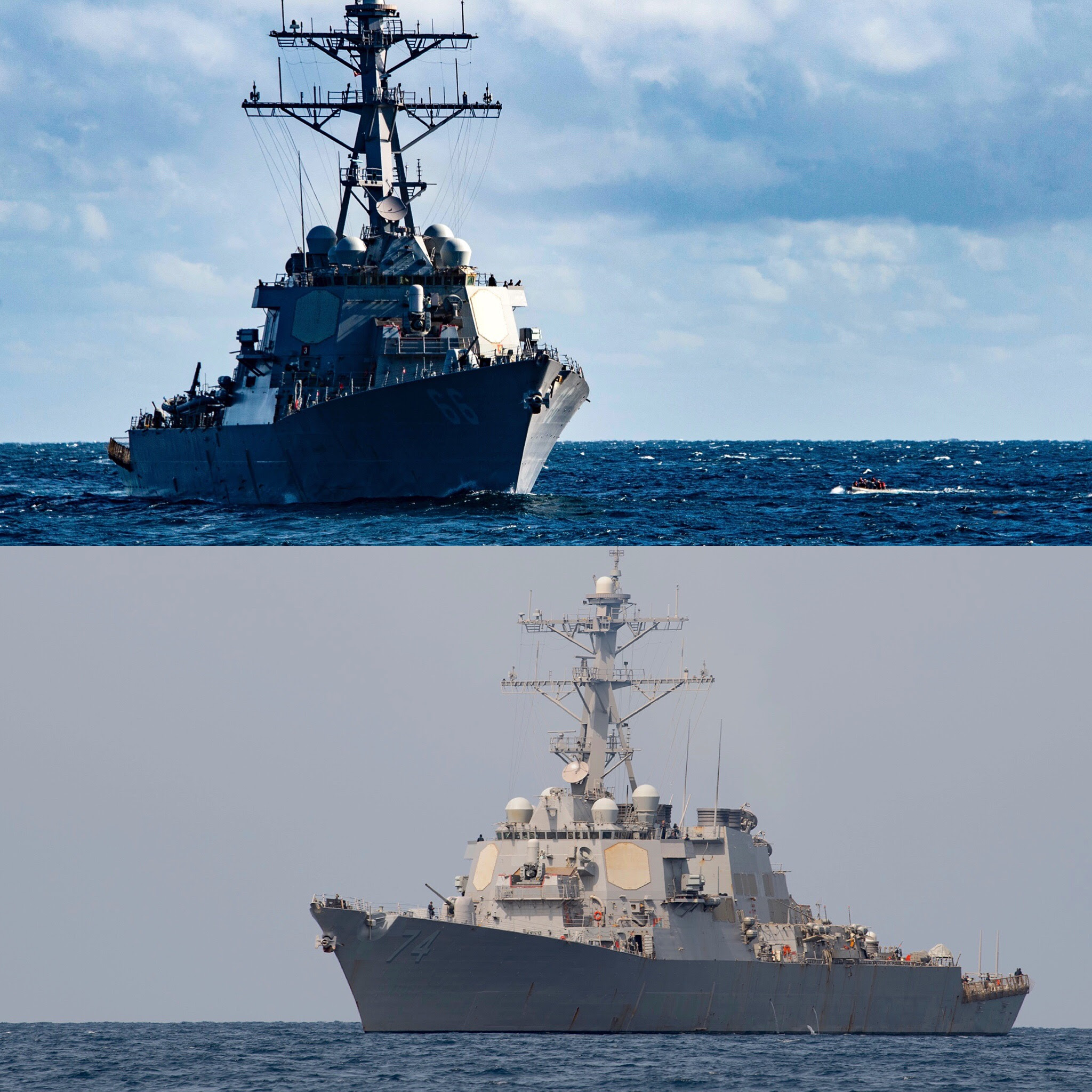 by Sam LaGrone
{ news.usni.org } ~ Two U.S. guided-missile destroyers entered the Persian Gulf on Thursday without incident as the likelihood of an armed confrontation between Iran and the U.S. appears less likely... two U.S. defense officials confirmed to USNI News on Thursday. USS McFaul (DDG-74) and USS Gonzalez (DDG-66) transited the Strait of Hormuz in the late afternoon local time without challenge from Iran’s Islamic Revolution Guards Corps Navy (IRGCN), the sectarian military force responsible for Iran’s coastal defense and operations in the Strait of Hormuz, the defense officials confirmed. U.S. Central Command did not provide additional details on the transit when reached by USNI News. The transit of the two warships through the strait with no harassment from the IRGCN is a sign that tensions between Washington and Tehran have simmered since last week’s buildup of U.S. military forces in the Middle East. As of Thursday, the Abraham Carrier Strike Group was operating off the coast of Oman while the USS Kearsarge  (LHD-3) was off the coast of the United Arab Emirates near the entrance to the Persian Gulf, USNI News has learned. Earlier this week, McFaul and Kearsarge left the Persian Gulf while carrier USS Abraham Lincoln (CVN-72) and its strike group quickly left the Mediterranean Sea and sailed swiftly through the Red Sea to the Gulf of Oman...
https://news.usni.org/2019/05/16/two-u-s-warships-enter-persian-gulf-without-incident?utm_source=USNI+News&utm_campaign=8a46b7208e-USNI_NEWS_DAILY&utm_medium=email&utm_term=0_0dd4a1450b-8a46b7208e-231491269&mc_cid=8a46b7208e&mc_eid=3999f18767
.
Facebook Targets Michelle Malkin:
Gives Pass to Antifa

by Jeffrey Lord
{ spectator.org } ~ And there they go again. Facebook has censored Michelle Malkin — for protesting censorship... Meanwhile, as noted in this space just last week, Facebook has no problem with the pro-fascist and deliberately misnamed “Antifa” — the pro-fascist group that pretends its use of hooded faces and clubs is somehow “anti-fascist.” Here is the link to AntifaUSA and their masked faces as they appear on Facebook. Take a good look at Antifa’s favored appearance of black ski masks and recall another leftist group — this one that historians describe as the “terrorist arm of the Democratic Party.” Ahh, the more things change the more they stay the same — from the Klan to Antifa the far-left specializes in hiding its faces to enable its acts of hatred and violence. And what specifically was Michelle Malkin censored for? Here, courtesy of Breitbart, is the tweet that got her censored: These are two of my friends, Laura Loomer and Gavin McInnes. They are banned from Facebook and Instagram for exercising their free speech — while violent jihad groups are allowed on these platforms to spread their murderous poison. I spoke out passionately about de-platforming at CPAC and have done what I can to use my voice to speak for the voiceless. Laura and Gavin are suing the radical forces (SPLC and CAIR) behind the insidious agenda to criminalize political dissent. I have donated to their causes and hope you will too (DefendGavin.com and LauraLoomer.us). I do not know how much longer it will be before I am next. Anyone and everyone who refuses to capitulate to the open-borders, sharia-enforcing social justice agenda is “DANGEROUS.” Notice this sentence in her post: “I do not know how much longer it will be before I am next.” And like clockwork, it wasn’t long before Michelle was informed by Facebook as follows: We Removed Something You Posted It looks like something you posted doesn’t follow our Community Standards.” Recall this was the same totalitarian mumbo-jumbo that was dished out to Diamond and Silk a while back when the two prominent Trump supporters — Lynnette Hardaway and Rochelle Richardson — were banned by Facebook. As reported here in the Daily Caller at the time, the two were told...
https://spectator.org/facebook-targets-michelle-malkin-gives-pass-to-antifa/
.
.

Political Editors:  “President [Donald] Trump and his allies are working to block more than 20 separate investigations by Democrats into his actions as president,” shrieks The Washington Post. The article further asserts that this “amount[s] to what many experts call the most expansive White House obstruction effort in decades.”

The Post then makes this absurd claim: “Trump’s noncooperation strategy has shifted from partial resistance to all-out war as he faces mounting inquiries from the Democratic-controlled House — a strategy that many legal and congressional experts fear could undermine the institutional power of Congress for years to come.” Newsflash: If anyone’s guilty of undermining institutional power, it’s not President Trump.

For example, which political party refuses to accept Trump as the nation’s duly elected president? Which party refuses to accept the results of dirty cop-Robert Mueller’s nearly two-year investigation by a team of hand-picked partisan Democrat prosecutors — a team that found not a whiff of Russian collusion in the Trump campaign? The truth is, it’s the Democrats and their endless temper tantrum that are threatening our nation’s system of government.

After putting up with their “Trump stole the election” narrative for more than two years, the president has finally decided he’s had enough, and he’s refusing to cater to any more of the Democrats’ baseless demands. This isn’t Trump trying to obstruct legitimate congressional oversight; this is Trump fighting off the Democrats’ efforts to undermine his presidency.

As Deputy White House Press Secretary Steven Groves explained, “There are rules and norms governing congressional oversight of the executive branch, and the Democrats simply refuse to abide by them. Democrats are demanding documents they know they have no legal right to see — including confidential communications between the president and foreign leaders and grand jury information that cannot be disclosed under the law. This White House will not and cannot comply with unlawful demands made by increasingly unhinged and politically motivated Democrats.”

The reality is that the Democrats started this war, not Trump. The president is merely defending himself against a mob — a mob that always cries foul when Republicans punch back against their hyper-partisan attacks.  ~The Patriot Post