by sundance
{ theconservativetreehouse.com } ~ It has long been suspected; the footprints and fingerprints were always present; rino-McCain repeatedly denied it…. now the evidence surfaces. For those who remember the issues when the IRS, White House and DOJ organized the post 2010 election “shellacking” targeting of Tea Party groups, the latest discovery from Judicial watch is confirmation of a long-held opinion. rino- John McCain was instrumental in supporting the weaponization of the IRS to target tea party groups. […] In the full notes of an April 30, 2013, meeting, rino-McCain’s high-ranking staffer Henry Kerner recommends harassing non-profit groups until they are unable to continue operating. Kerner tells Lerner, Steve Miller, then chief of staff to IRS commissioner, Nikole Flax, and other IRS officials, “Maybe the solution is to audit so many that it is  financially ruinous.” In response, Lerner responded that “it is her job to oversee it all:”...
https://theconservativetreehouse.com/2018/06/21/stunning-confirmation-judicial-watch-obtains-irs-documents-showing-mccain-staff-urging-irs-to-target-tea-party-groups/
.
"New Rules of Engagement": Hamas Provokes
Israel with Incendiary Aerial Devices 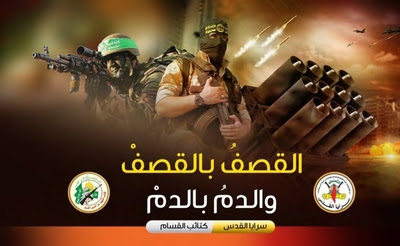 by Joe Scudder
{ eaglerising.com } ~ This farm bill attaches work requirements to food stamps, but will it pass the Senate?... Supposedly, the House’s farm bill is “dead on arrival” in the Senate, in part because of the work requirements for food stamps. Hopefully, the Trump Administration has a plan to convince the Senate to go along with the House bill. One of the key pieces of “fake news” is treating the opponants of the work requirement for food stamps as advocates for the poor. On the contrary, Walmart and other parts of the “big food” industry lobby against any change to the SNAP program. They do very well by it! The Washington Post reports, “House narrowly passes farm bill that includes stricter work requirements for food stamps, a month after failing on first try.”...   https://eaglerising.com/59911/house-passes-farm-bill-with-reform-of-snap-program/
VIDEO:  https://www.youtube.com/watch?v=63D4rgxqe4U
.
U.S. Urges Saudis to Stabilize Oil Prices,
Underscoring Continued Energy Insecurity

by John Hannah
{ defenddemocracy.org } ~ Tomorrow in Vienna, the Organization of the Petroleum Exporting Countries (OPEC) will meet with several non-OPEC producers... including Russia, to chart the future of the global oil market. The group – informally known as OPEC plus – will decide whether to ease production cuts that were implemented in 2016 in an effort to drive up prices, which had crashed to a 13-year low. Those production cuts together with unanticipated supply disruptions and rising global demand proved extremely successful, with prices last month rising to their highest levels in more than three years. The fear now is that if the current cuts are sustained, the market could tighten too much, triggering a major price spike that would damage global growth. Two emerging situations are of particular concern: the continued implosion of Venezuela’s oil sector and re-imposed U.S. sanctions that could significantly reduce Iranian exports. The United States has been pressing OPEC to amend its production-cutting scheme. Just before President Donald Trump’s May 8 decision to withdraw from the Iran nuclear deal, a senior U.S. official called Saudi Arabia to seek its help in making up for lost Iranian barrels. That request was bookended by two blunt tweets from Trump blasting OPEC’s role in driving up prices. “Looks like OPEC is at it again,” Trump wrote in April. “Oil prices are artificially Very High! No good and will not be tolerated!” Ten days ago, he reiterated the point: “Oil prices are too high. OPEC is at it again. Not good.”...
http://www.defenddemocracy.org/media-hit/john-hannah-us-urges-saudis-to-stabilize-oil-prices-underscoring-continued-energy-ins/
.
Trump’s Order is Not Final: The Decision Rests With the Judiciary
by Keith Koffler
{ whitehousedossier.com } ~ Just to be clear, what President Trump signed does not “solve” the problem of separation of illegal immigrant families... It just punts it to the courts. The White House is being vilified in the press for supposedly lying when it claimed that it could not legally keep the families together. It was not a lie, it is true, and the order seems contingent on whether a judge will change what is legally permissible. Here are the relevant clauses from the order.( The case has been filed with Judge Dolly Maizie Gee, a Los Angeles-based, liar-nObama-appointed federal judge)...
http://www.http://www.whitehousedossier.com/2018/06/21/trumps-order-is-not-final-the-decision-rests-with-the-judiciary/?awt_l=PF._r&awt_m=3cZc5Z_RosTM1Od/2018/06/21/trumps-order-is-not-final-the-decision-rests-with-the-judiciary/?awt_l=PF._r&awt_m=3cZc5Z_RosTM1Od
;

{ americanthinker.com } ~ The FBI brass must have needed hazmat suits to scrub DOJ Inspector General Michael Horowitz's report on agency misconduct in the 2016 elections, since the evidence of high crimes at the highest level of government was abundant. The truth is being hidden, by Deputy Attorney General Rod Rosenstein, and the result is a sort of fiction representative of something out of George Orwell's '1984.' So, we must do everything within our power to force the issue, quite contrary to status quo voices in government and the media, who are not representing the U.S. Constitution and its objectives based on our founding virtues. We must, in fact, hold these perpetrators, in the FBI, the DOJ, and elsewhere within the government, accountable for illegally conspiring to prevent Donald Trump from winning the election and afterwards trying to unseat him from power.

The five-hundred page IG report was released to Congress on June 12, 2018, and it barely scrapes the surface. It doesn't really reveal anything that the American people were not already aware had occurred. I made note of the Peter Strzok and Lisa Page texts in January 2018, just as the IG report recently did.

As reported by John Bowden on June 14, at The Hill,  Page texted Strzok in August 2016 and asked, "Trump's not ever going to become president, right? Right?"  "No. No he won't," Strzok responded.

Why are these two FBI agents still working for the FBI?

And yet, in regards to investigative decisions by FBI Special Agent Peter Strzok, the lead investigator on the liar-Clinton email case and the Russia investigation, and Lisa Page, an FBI attorney, Inspector General Michael Horowitz incredibly offers us that there was "no evidence that the conclusions by the prosecutors were affected by bias or other improper considerations."

Among several other important items, the report also givesliar-Hillary Clinton a pass on the mishandling of Top Secret information, even though it's unfathomable that any career government official would not realize that an insecure system was not any place for those conversations. Seven email chains were classified at the Top Secret/Special Access Program level and went through liar-Clinton's private server in an unsecured manner, Steven Lee Myers reported on July 5, 2016 for the New York Times, and it is now known, that "foreign actors" Russians? did, in fact, access them, according to a recent report by Catherine Herridge and Adam Shaw at Fox News.

This was willful and criminal misconduct by liar-Hillary Clinton, because the gap between unclassified and Top Secret was so wide and obvious. She had to know her actions were criminal and illegal, and there was a purpose and a deception at work here, namely to cover up the illegal actions she and liar-nObama took in Libya and across the Middle East.

Horowitz's report split hairs with the definition of "gross negligence" -- concluding that the term encompassed conduct "so gross as to almost suggest deliberate intention" or something that falls just short of being willful.

Horowitz found that liar-Hillary Clinton did not intend to violate the law, much in the disingenuous fashion that former FBI Director James Comey also claimed. Any person capable of reading the law and cogent thought knows that our prisons are full of people whose crimes were not intentional, but they were still prosecuted and imprisoned for breaking the law.

This report has all the appearances of a whitewash and an evasion of the FBI's troubling role in this garbage barge of institutional roguery. Americans remain in the dark, due to questions left unanswered, such as what really transpired between former President liar-Bill Clinton and liar-nObama administration Attorney General Loretta Lynch during their July 2016 airport tarmac tete-a-tete, a few days before Comey let liar-Hillary, a presidential candidate, off the hook on the email server issue. How was it not a conflict of interest for Deputy FBI Director Andrew McCabe's wife to receive $700,000 for her state legislative race, from liar-Clinton's campaign bag-man, Virginia Governor Terry McAuliffe? How did the wife of a top Justice department official, Bruce Ohr, get on the payroll of Fusion GPS, the company that brokered the Steele dossier? And how did the FBI conceal the fact from the judges who ruled on FISA warrants against President Trump and his associates, that the Steele dossier was bought and paid for by the liar-Clinton campaign?

There isn't a hint of any IG report on other FBI abuse of power,  like inserting an actual spy, reportedly Stefan Halper, into President Trump's campaign. Neither is there any attention given to the FBI concealment of liar-nObama's mendacious denial that he knew anything aboutliar-Clinton's secret server.

What alternate universe is Horowitz from and when are these lawbreakers to the United States going to be prosecuted and thrown into the deepest, darkest dungeon, underneath a prison?

Americans need plain sight and new leaders with plain sight, pure and simple, because something evil is coursing through the halls of our government and in the Department of Justice and the Federal Bureau of Investigation these days. Anytime an average citizen can recognize the multiple acts of treason that were committed by Barack liar-nObama, liar-Hillary Clinton and their minions, through the State Department, the FBI and the Department of Justice, but career federal agents dismiss them as oversights or "unintended," something is terribly wrong, and if the Inspector General's report is any indication, our Republic is on its last dying legs, unless the patriots of America can right the Republic, peacefully or not.

Make a public demand for justice.

https://www.americanthinker.com/articles/2018/06/americans_need_plain_sight_the_ig_report_hides_the_truth_.html
E-mail me when people leave their comments –
Follow