0
The Front Page Cover
The Events of the Week -- Featuring:
Farewell
by Thomas Sowell

{wnd.com} ~ President liar-nObama’s punishment of Russia for allegedly hacking the emails of Democratic Party operatives to influence the 2016 U.S. presidential election ignores at least two important facts... For one, WikiLeaks founder Julian Assange, whose hacktivist organization released the thousands of emails that shed damaging light on liar-Hillary Clinton and her allies, denied the Russians were the source. In addition, the liar-nObama administration has developed a reputation for manipulating intelligence for political purposes. The administration announced Thursday that through an executive order, liar-nObama sanctioned two of Russia’s intelligence services, the GRU and FSB, and declared 35 Russian intelligence operatives “persona non grata” in the U.S. Also, the U.S. is shutting down Russian compounds in Maryland and New York...  http://www.wnd.com/2016/12/obama-ignores-evidence-russia-didnt-hack-dnc-podesta/
.
Pepsi admits its soda
contains cancer-causing ingredients
by Dave Hodges 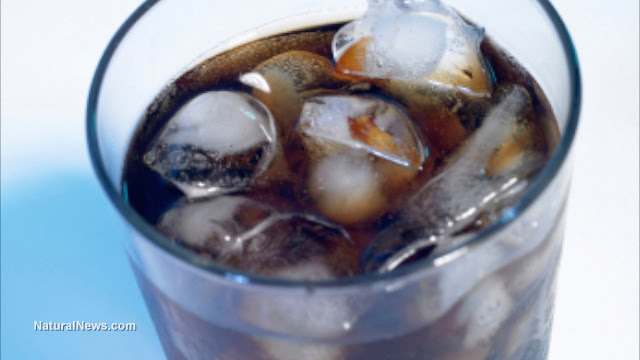 {thecommonsenseshow.com} ~ When the Center for Environmental Health released test results showing that Pepsi intentionally covered up the presence of high levels of 4-Mel in its popular soft drinks in 2013... the company denied both the presence of this chemical in its beverages and the fact that it was dangerous. 4-Mel, which is short for 4-Methylimidazole, is a compound that is formed in the manufacturing of caramel coloring, and is a known carcinogen. Since then, the drinks maker has fought against complying with California state requirements to place a cancer warning label on the beverages that contain the ingredient, which include not only Pepsi, but also Diet Pepsi and Pepsi One. Now, a settlement in a class action lawsuit against Pepsi has gained preliminary approval from a federal judge in California. As part of the proposed settlement, Pepsi has agreed to ensure its caramel coloring’s 4-Mel levels do not exceed 100 parts per billion in products that are being shipped for sale within the U.S. They will also be required to test the soda using specific protocols...  http://www.thecommonsenseshow.com/2016/12/29/pepsi-admits-its-soda-contains-cancer-causing-ingredients/?utm_source=rss&utm_medium=rss&utm_campaign=pepsi-admits-its-soda-contains-cancer-causing-ingredients
.
Secularism: Everyone Wants to Get Rid of It
by Yves Mamou 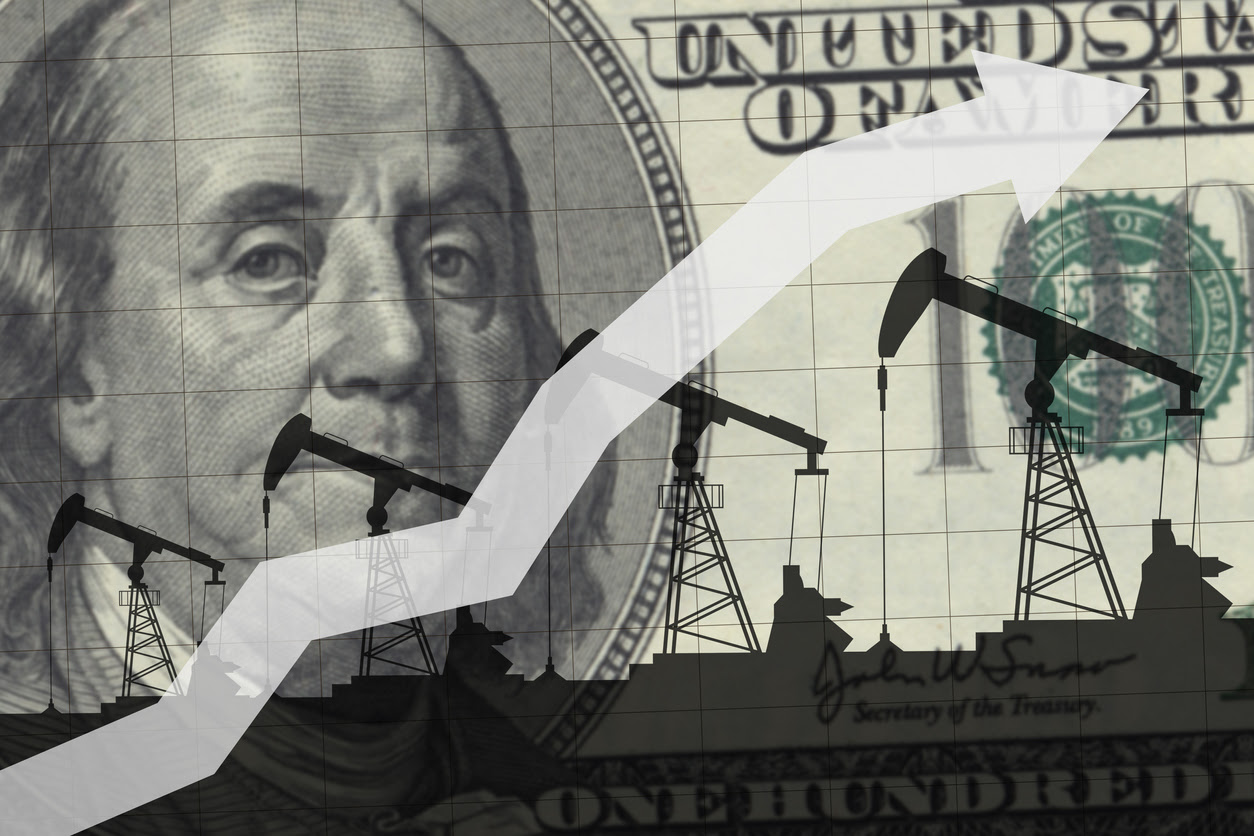 François Fillon (right), a former Prime Minister who is running
for president in the 2017
{gatestoneinstitute.org} ~ Can a French municipality erect a statue of the Virgin Mary in a public park? The answer is No. France's Administrative Court has given the mayor of Publier... in eastern France (population 6500), three months to comply with the ban on religious symbols in public spaces and to remove the statue. If the municipality fails to do so, it will be fined €100 ($105) a day. Mayor Gaston Lacroix said he will try to relocate the marble statue on private land. France's 1905 Law on the Separation of the Churches and the State (Article 2) states that "The Republic does not recognize, pay or subsidize any religious sect"; article 28 prohibits any religious symbol on public monuments. The Virgin May statue in Publier, on the bottom of which is inscribed "Our Lady of Geneva Lake watch over your children", has a long story. It was installed in the town park in August 2011, without debate. The statue was acquired with taxpayer money: €23,700 (USD $26,000). Acknowledging at the time that he had "joked a little with the 1905 law" on the separation of church and the state, the mayor had to sell the statue to a local religious association... https://www.gatestoneinstitute.org/9589/secularism-france
.
liar-nObama Used $350,000 Tax Dollars
To Defeat Netanyahu In 2015...
by Rick Wells

{rickwells.us} ~ Most of us are aware that there is a natural level at which normal Americans reach their saturation point when it comes to either liar-nObama lies, hypocrisy, arrogance, manipulation, or any combination of those... and other deceitful and commonplace insults hurled our way by the usurper in the White House on a daily basis. When it comes to liar-nObama hypocrisy and the convenient selective outrage he has exhibited in the case of the Russians supposedly hacking into and sharing the contents of real emails detailing the criminal and reprehensible activities of the liar-Clinton campaign and, by extension the liar-nObama White House, that limit has been reached. The time to remember his own transgressions has arrived. As was reported in the normally liar-nObama-friendly “The Hill,” in March of 2015, Hussein liar-nObama played a key role in an illegal and underhanded attempt to unseat Israeli Prime Minister Benjamin Netanyahu and he did so by misappropriating $350,000 of taxpayer money in the process...What did Congress do about it? Nothing.
http://rickwells.us/obama-used-350000-tax-dollars-defeat-netanyahu-2015-mad-russia/
.
Land-Grabbing liar-nObama Included
Bundy Ranch In Parting Shot At UT, NV
by Rick Wells

{rickwells.us} ~ Utah Governor Gary Herbert says there’s no other way to look at it, the people of his state are being targeted by liar-nObama, noting that the entire state was opposed to the designation of the Bears Ears monument... According to reports the Bears Ears name has nothing to do with any similarity to the radar dishes on the sides of liar-nObama’s head. In a dictatorial act befitting of liar-nObama, 1.35 million acres were simply set aside by the stroke of his pen. In what appears to be another act of immature indifference to the wishes of the common slaves also sometimes referred to as citizens, liar-nObama set off thirty thousand acres in neighboring Nevada. That tract just happens to include the Bundy Ranch, which Harry dinky-Reid and his Chinese friends want shut down in the interest of the Desert Tortoise and teaching those uppity ranchers who’s boss. There’s always the chance of a lucrative “renewable” energy deal suddenly popping up with a Chinese fortune cookie attached as well...  http://rickwells.us/land-grabbing-obama-included-bundy-ranch-parting-shot-ut-nv/
VIDEO:  https://www.youtube.com/watch?v=PIZAGgDynLY
.

{freedomsback.com} ~ Even the best things come to an end. After enjoying a quarter of a century of writing this column for Creators Syndicate, I have decided to stop. Age 86 is well past the usual retirement age, so the question is not why I am quitting, but why I kept at it so long.

It was very fulfilling to be able to share my thoughts on the events unfolding around us, and to receive feedback from readers across the country — even if it was impossible to answer them all.

Being old-fashioned, I liked to know what the facts were before writing. That required not only a lot of research, it also required keeping up with what was being said in the media.

During a stay in Yosemite National Park last May, taking photos with a couple of my buddies, there were four consecutive days without seeing a newspaper or a television news program — and it felt wonderful. With the political news being so awful this year, it felt especially wonderful.

This made me decide to spend less time following politics and more time on my photography, adding more pictures to my website (www.tsowell.com).

Looking back over the years, as old-timers are apt to do, I see huge changes, both for the better and for the worse.

In material things, there has been almost unbelievable progress. Most Americans did not have refrigerators back in 1930, when I was born. Television was little more than an experiment, and such things as air-conditioning or air travel were only for the very rich.

My own family did not have electricity or hot running water, in my early childhood, which was not unusual for blacks in the South in those days.

It is hard to convey to today’s generation the fear that the paralyzing disease of polio inspired, until vaccines put an abrupt end to its long reign of terror in the 1950s.

Most people living in officially defined poverty in the 21st century have things like cable television, microwave ovens and air-conditioning. Most Americans did not have such things, as late as the 1980s. People whom the intelligentsia continue to call the “have-nots” today have things that the “haves” did not have, just a generation ago.

In some other ways, however, there have been some serious retrogressions over the years. Politics, and especially citizens’ trust in their government, has gone way downhill.

Back in 1962, President John F. Kennedy, a man narrowly elected just two years earlier, came on television to tell the nation that he was taking us to the brink of nuclear war with the Soviet Union, because the Soviets had secretly built bases for nuclear missiles in Cuba, just 90 miles from America.

Most of us did not question what he did. He was President of the United States, and he knew things that the rest of us couldn’t know — and that was good enough for us. Fortunately, the Soviets backed down. But could any President today do anything like that and have the American people behind him?

Years of lying Presidents — Democrat Lyndon Johnson and Republican Richard Nixon, especially — destroyed not only their own credibility, but the credibility which the office itself once conferred. The loss of that credibility was a loss to the country, not just to the people holding that office in later years.

With all the advances of blacks over the years, nothing so brought home to me the social degeneration in black ghettoes like a visit to a Harlem high school some years ago.

When I looked out the window at the park across the street, I mentioned that, as a child, I used to walk my dog in that park. Looks of horror came over the students’ faces, at the thought of a kid going into the hell hole which that park had become in their time.

When I have mentioned sleeping out on a fire escape in Harlem during hot summer nights, before most people could afford air-conditioning, young people have looked at me like I was a man from Mars. But blacks and whites alike had been sleeping out on fire escapes in New York since the 19th century. They did not have to contend with gunshots flying around during the night.

We cannot return to the past, even if we wanted to, but let us hope that we can learn something from the past to make for a better present and future.

Goodbye and good luck to all.