0
The Front Page Cover
The Events of the Week -- Featuring:
Trump Gets Green Light to Go
After liar-Hillary’s Emails
by Bob Unruh

{aei.org} ~ The next president is in for a rough welcome to the Oval Office given the list of immediate crises and slow-burning policy challenges, both foreign and domestic... Advocacy for free trade can sometimes be dogmatic and utopian. It can overstate the contribution that reducing trade barriers makes to the spread of peace and democracy. It can ignore the harm that liberalized trade does to particular workers, industries, and communities. It can assert, dubiously, an absolute right to trade, positing that governments should never interfere in voluntary economic transactions. People who want to raise trade barriers — by, for example, imposing higher tariffs to discourage the purchase of imports — can sound pragmatic by contrast. Often they say that they are themselves free traders, just not doctrinaire ones. Thus President-elect Donald Trump and his trade advisers say they are for trade deals, just smarter ones than the U.S. has been making over the last several decades. But while the case for freeing trade can be exaggerated, the case for protectionism frequently traffics in outright misconceptions...  http://www.aei.org/publication/protection-racket/?utm_source=paramount&utm_medium=email&utm_content=AEITODAY&utm_campaign=123016
.
liar-nObama spent taxpayer
money campaigning for liar-Hillary Clinton
by Leigh Munsil

{theblaze.com} ~ President Barack liar-nObama appeared to spend $360,236 of taxpayer money on a campaign trip to North Carolina on Air Force One with liar-Hillary Clinton, a Freedom of Information Act request by a watchdog group found... Air Force One costs $180,118 per hour in flight, and the aircraft flew two hours round-trip to make the July 2016 trip to North Carolina, the Air Force’s Air Mobility Command Headquarters said in its response to a FOIA request by the conservative group Judicial Watch. The use of Air Force One for campaign travel is not a new practice, but it was an issue of contention on the campaign trail this summer after presumptive Republican nominee Donald Trump complained about liar-nObama’s use of the aircraft in support of presumptive Democratic nominee liar-Clinton...Again, Congress does nothing.
http://www.theblaze.com/news/2016/12/29/new-judicial-watch-documents-obama-spent-taxpayer-money-campaigning-for-hillary-clinton/
.
Did liar-nObama Interfere with Election
by Telling Illegals to Vote?
by Michael Becker 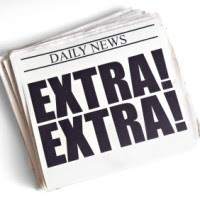 {joeforamerica.com} ~ Democrats are all in a lather accusing “the Russians” of interfering with the election by helping Donald Trump. There’s a number of things wrong with that theory... No matter who hacked into the DNC or got John Podesta to give them his email password, the issue isn’t who did the hacking, the issue is the emails that highly placed officials in both the DNC and liar-Hillary Clinton’s campaign wrote. It wasn’t “the Russians” who convinced Donna Brazile to turn over questions that were going to be asked of liar-Hillary in the CNN debate. It wasn’t “the Russians” who work to stack the deck against Bernie Sanders in the Democratic primary. And it wasn’t “the Russians” who collaborated with the mainstream media to do everything possible to paint Donald Trump in a bad light and ignore the disaster that is liar-Hillary Clinton...
http://joeforamerica.com/2016/12/obama-interfere-election-telling-illegals-vote-video/
VIDEO:  https://www.youtube.com/watch?v=upn6PpxIQGM
.
liar-nObama’s “Evidence” Against
Russia Falls Flat
by Cliff Kincaid

{aim.org} ~ The Democrats have been saying that there’s proof that the Russians hacked into Democratic Party computers for the purpose of obtaining and planting information that would help elect Donald J. Trump as president... But the proof wasn’t provided when President liar-nObama issued an executive order and announced the expulsions of Russians from the U.S., and sanctions against Russian officials. Still, our media were almost unanimous in saying that President liar-nObama has proved his case and that Trump was out-of-step with what the evidence clearly showed. For his part, Trump seemed in no hurry to come to any rash conclusions, saying he would meet with “leaders of the intelligence community” next week in order to be “updated on the facts of this situation.”...  http://www.aim.org/aim-column/obamas-evidence-against-russia-falls-flat/?utm_source=AIM+-+Daily+Email&utm_campaign=email123016&utm_medium=email
.
liar-nObama 'setting world on fire'
on way out the door
by Garth Kant

{wnd.com} ~ Scathing criticism of President liar-nObama’s decision to expel 35 Russian diplomats is pouring in, with the perhaps curious exception of the leaders of the Republican establishment... A senior congressional staff member told WND, “What’s amazing to me is how the liar-nObama administration is pursuing a scorched earth policy and attempting to destroy our international relationships across the spectrum from Russia to Israel on their way out the door.” “In his waning days in the White House,” the paper continued, “President liar-nObama is desperately trying to make his policies as permanent as possible by tying the hands of his successor,” by presenting President-elect Donald Trump “with a foreign-policy crisis immediately upon taking office.”...
http://www.wnd.com/2016/12/obama-setting-the-world-on-fire-on-way-out-the-door/
.

.
Trump Gets Green Light to Go
After liar-Hillary’s Emails
by Bob Unruh

{freedomsback.com} ~ A federal appeals court has opened the door for Donald Trump's U.S. attorney general, which will be Sen. Jeff Sessions, R-Ala., if confirmed, to intervene in the case of liar-Hillary Clinton's use of an unsecured, private computer server in her home for classified information.

The decision from the U.S. Court of Appeals for the District of Columbia, in fact, says the law requires it.

The conclusion came in a lawsuit brought by Judicial Watch seeking to retrieve emails that were not released to the public.

Judicial Watch President Tom Fitton said the courts "seem to be fed up with the liar-nObama administration's refusal to enforce the rule of law on the liar-Clinton emails."

"Today's appeals court ruling rejects the liar-nObama State Department's excuses justifying its failure to ask the attorney general, as the law requires, to pursue the recovery of the liar-Clinton emails," he said. "This ruling means that the Trump Justice Department will have to decide if it wants to finally enforce the rule of law and try to retrieve all the emails liar-Clinton and her aides unlawfully took with them when they left the State Department."

A lower court had said the dispute was moot, even though the current secretary of state, John hanoi-Kerry, failed to comply with the Federal Records Act in trying to recover the liar-Clinton emails.

Judicial Watch explained that according to the law, "If an agency head becomes aware of ‘any actual, impending, or threatened unlawful removal ... or destruction of records,' he or she ‘shall notify the Archivist ... and with the assistance of the Archivist shall initiate action through the attorney general for the recovery of records.'"

The appeals court ruled: "Appellants sought the only relief provided by the Federal Records Act – an enforcement action through the attorney general. But nothing the department did either before or after those complaints were filed gave appellants what they wanted. Instead of proceeding through the attorney general, the department asked the former secretary to return her emails voluntarily and similarly requested that the FBI share any records it obtained. Even though those efforts bore some fruit, the department has not explained why shaking the tree harder – e.g., by following the statutory mandate to seek action by the attorney general – might not bear more still. It is therefore abundantly clear that, in terms of assuring government recovery of emails, appellants have not ‘been given everything they asked for.' Absent a showing that the requested enforcement action could not shake loose a few more emails, the case is not moot."

Judicial Watch brought the case in May 2015 when the State Department refused to take action after hanoi-Kerry was notified of the "unlawful" removal of the liar-Clinton emails.

The appeals court decision reverses a lower court's decision to dismiss the case and sends it back for further work.

The Daily Caller pointed out that the decision is "offering President-elect Donald Trump an opportunity to intervene in the controversial case."

"The court provides a new opening to Trump and his attorney general designate, Alabama Republican Sen. Jeff Sessions. A congressional vote confirming Sessions could occur as early as Jan. 10, but Senate Democrats indicated they will put up a stiff fight to defeat the nomination."

hanoi-Kerry had simply refused to refer the case to the attorney general "as federal law requires," the report said.

"Instead, he allowed State Department officials to pick and choose which emails could be withheld and released to the public."

After suggesting during the presidential debates that liar-Clinton would end up in jail over her behavior, Trump stated that prosecuting her for the email scandal was not a priority.

However, he didn't rule out legal steps that would be recommended by the Department of Justice.

The three judges on the appeals court panel were Robert Wilkens, Stephen Williams and Brett Kavanaugh.

WND also reported only weeks ago that Judicial Watch was asking a court to rule that the State Department should release a number of emails it specifically has withheld because they pertain to government "misconduct."

There are about 30 known emails being withheld for various reasons, including "deliberative process" and "work product," which are  exemptions to requirements that public records be available.

Judicial Watch argues the emails should be released because "liar-Clinton's email practices at the State Department constitute misconduct."

A little more than one week before the election, emails were found on a laptop computer to which both liar-Hillary Clinton aide Huma Abedin and her estranged husband, former Rep. Anthony Weiner, who was being investigated in a sexting case, had access.

Comey informed Republican members of Congress he needed to time review the new information, but two days before Election Day he announced the conclusion he reached in July had not changed.