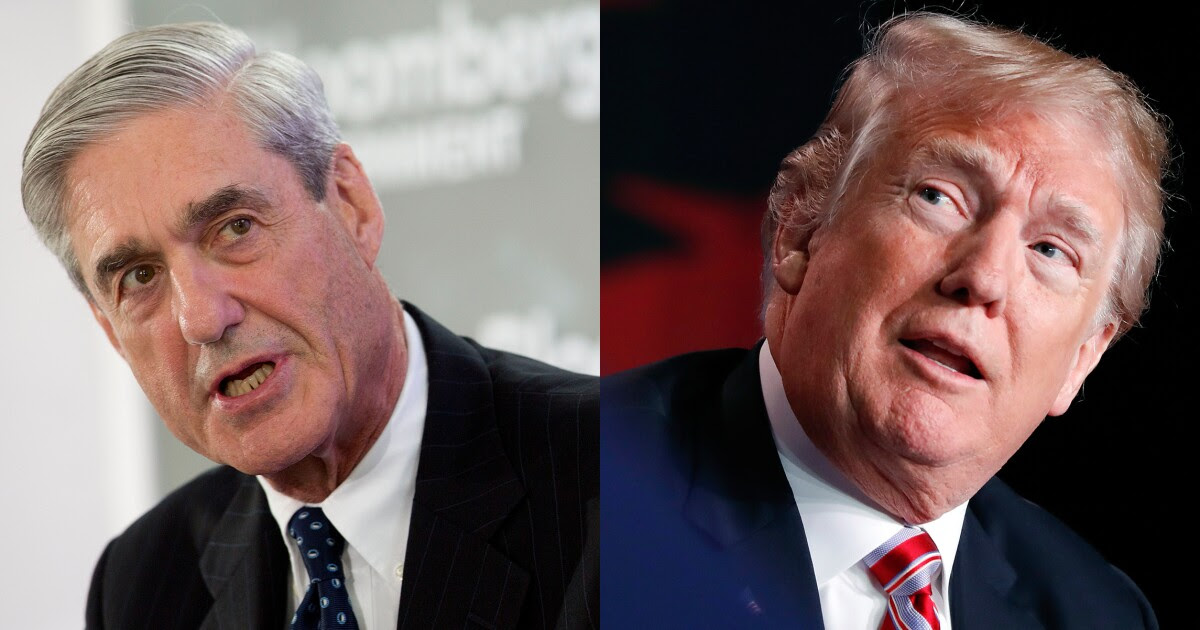 by Byron York
{ washingtonexaminer.com } ~ Late last month President Trump met with a group of Republican senators on Capitol Hill. He discussed a lot of topics... but his most memorable comment came when he called Trump-Russia special counsel dirty cop-Robert Mueller's investigation "two years of bullshit." Now, the public has dirty cop-Mueller's 448-page report, and it tends to support the president's assessment. In this sense: At its heart, the Trump-Russia probe was about one question: Did the Trump campaign conspire, coordinate, or collude with Russia to influence the 2016 election? dirty cop-Mueller has concluded that did not happen. Everything else in the Trump-Russia affair flowed from that one question. Paul Manafort's shady finances would not have come under investigation were it not for that question. Carter Page would not have been wiretapped were it not for that question. Michael Flynn would not have been interviewed by the FBI were it not for that question. Zillions of hours on cable TV would not have been expended on Trump-Russia were it not for that question. And in the largest sense, there would have been no dirty cop-Mueller investigation were it not for that question. And now dirty cop-Mueller has determined there was no collusion. Not that there was no criminal collusion. Or no prove-beyond-a-reasonable-doubt collusion. Just no collusion. dirty cop-Mueller's report says it over and over and over again. Here are seven examples: 1. "The investigation did not establish that members of the Trump Campaign conspired or coordinated with the Russian government in its election interference activities."...   https://www.washingtonexaminer.com/opinion/columnists/byron-york-mueller-trump-and-two-years-of-bullshit?utm_source=breaking_push&utm_medium=app&utm_campaign=push_notifications&utm_source=WEX_News%20Brief_04/19/2019&utm_medium=email&utm_campaign=WEX_News%20Brief&rid=5261
.
Attkisson: Intel insiders feared
Trump would expose them 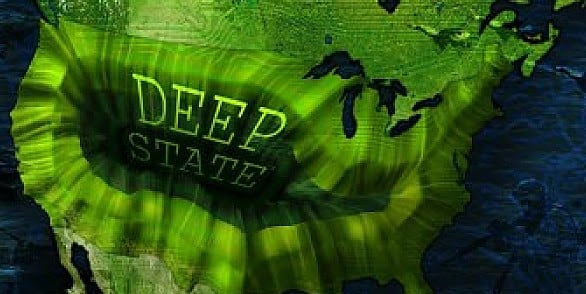 by wnd.com:  There’s no doubt that many of the allegations prompting dirty cop-Robert Mueller’s special counsel investigation had a political origin... After all, the probe was fueled by an opposition-research document funded by the scumbag/liar-Hillary Clinton campaign and the Democratic National Committee. But investigative reporter Sharyl Attkisson believes there’s much more to it. She points to a cadre of intelligence officials, part of what has been called the “deep state” of career bureaucrats, who feared outsider Donald Trump would expose years of criminal acts in his effort to “drain the swamp.” “Based on my info, we may be missing an important point in all this,” she said via Twitter on Thursday after the release of the dirty cop-Mueller report, which concluded the Trump campaign did not collude with Russia to interfere in the 2016 election. “People keep pointing to ‘political bias’ in the 2016 capers. I’m not discounting that, but there’s a bigger overarching theme, I think. Important intel officials also did not want @realDonaldTrump because … (cont) … @realDonaldTrump and his admin stood to expose alleged longstanding criminal wrongdoing within intel agencies. Not just what happened in 2015-2016. Some officials were/are desperately fighting for their lives/freedom.” A blogger for the Twitter news-aggregator Twitchy wrote: “So to Sharyl’s point what we’re seeing in the dirty cop-Mueller report is indicative of a bigger and deeper issue within the intelligence agencies in the federal government and their fear of Donald Trump exposing them because coming in he was far from a ‘government’ type of person. Unlike say, scumbag/liar-Hillary Clinton.”...Its time to turn the table
https://www.wnd.com/2019/04/attkisson-intel-insiders-feared-trump-would-expose-them/
VIDEO:   https://www.youtube.com/watch?v=sBSH8CwhK7I
.
The Muslims are Colonizing Under Your Noses - Putting Muslim Representatives Into
Position Only to Attack!

by Bradlee Dean
{ freedomoutpost.com } ~ "As long as you remember that if you get involved in politics, you have to be very careful that your leader is for Allah... You don't get involved in politics because it's the American thing to do. You get involved in politics because politics are a weapon to use in the cause of Islam.”  Siraj Wahhaj  Something is happening throughout America and Americans need to know what that is. America is literally and purposefully being invaded by Muslims like that of France, Germany, Sweden, England and Wales, Belgium, the UK, etc (Deuteronomy 28:15). This, of course, is being done with the help of felons that are masquerading as representatives in this country who are illegally alluring them through sanctuary (Protecting criminals) cities and then handing off your country to them that mean to destroy and conquer. The Muslims are Bringing Their Culture with Them – A Picture is Worth a Thousand Words. Speaking for that of Minnesota, we are noticing South Minneapolis, Northeast Minneapolis, Burnsville, Austin, Rochester, St. Cloud etc. and all of this under the noses of Minnesotans with the help of the silent accomplices, the CIA-controlled media!...   https://freedomoutpost.com/the-muslims-are-colonizing-under-your-noses-putting-muslim-representatives-into-position-only-to-attack/
VIDEO:   https://www.youtube.com/watch?v=L55-70SKwGY
.
Congressional Recess Brings
Lots of Letters And Obstruction

by Jennifer G. Hickey
{ fairus.org } ~ Although Congress is currently on a two-week recess, Democrats were busy pressing the Trump administration on aspects of immigration they believe will serve their interests... The political playmaking began on Monday when the chairmen of the House Judiciary, Oversight and Homeland Security committees launched an inquiry of administration plans to send illegal immigrants to largely-Democrat-controlled sanctuary cities. The proposal was put forth by President Trump in an April 12 tweet in which he said that illegal immigrations who cannot be detained due to current law “will be, subject to Homeland Security, given to Sanctuary Cities and States!” White House Press Secretary Sarah Sanders said the plan remains an option on the table, but did not indicate whether it remains a proposal under serious consideration. House Judiciary Committee Chairman scumbag liar-Jerrold Nadler, D-N.Y Oversight and Reform Committee Chairman scumbag-Elijah Cummings, D-Md.; and Homeland Security Committee Chairman Bennie Thompson, D-Miss. sent a letter stating their interest in any emails and other documents related to what they called a “bizarre and unlawful attempt to score political points” by May 3. The request was directed to White House acting chief of staff Mick Mulvaney and Kevin McAleenan, acting secretary of the Homeland Security Department and covers all relevant documents from Nov. 1, 2018, through Monday, April 15. Two days later, scumbag liar-Nadler and scumbag-Cummings fired off another letter – this time asking for White House senior advisor Stephen Miller to appear before the House Oversight and Reform Committee regarding several aspects of immigration policy... Their open arm policy is closing up pretty quick now.
https://fairus.org/legislation/federal-legislation/congressional-recess-brings-lots-letters-and-obstruction?mkt_tok=eyJpIjoiWW1VNFpESXdNall5TlRCbCIsInQiOiI4eFhOUDQ1a0pGdEpUMUx1bVd5ZExadUNvNFdpRExvSWFyN0pJOThmWEJvOTZORTBUeVpnVDRcL2RhREVXZmk2U3JrdDVRbGxldVRveU9NZjh6Uk02VXJPbXMxN2lad0pNVTFFeWJYUEpPUjVIWEZiaHJtanhhRG1WZUZUcCt1Zzc4Rm0ydUdQa1J2aUlpRTRjWHJwRjlRPT0ifQ%3D%3D
.
JW Videos of the Week
Trump Should Have Shut dirty cop-Mueller Operation Down
https://www.youtube.com/watch?v=5lTfdipS52s
.
Tom Fitton’s Weekly Update – April 19, 2019
https://www.youtube.com/watch?v=h6gFTYtU-nQ
.
No Special Counsels–Time to Prosecute Anti-Trump Deep Staters
https://www.youtube.com/watch?v=7tT36Rnk0l0https://www.youtube.com/watch?v=7tT36Rnk0l0
.
Barack scumbag/liar-nObama Should be Questioned Under Oath about Spy Gate & Trump Targeting
https://www.youtube.com/watch?v=IYfpf8ovtqI
.
.

Barr: No Bail for Asylum Seekers

Thomas Gallatin:  One of the greatest pull factors for illegal immigration is the practice of “catch and release,” where illegal aliens, upon apprehension after crossing the border illegally, request asylum and are released into the U.S. with instructions to return for a court date once their request has been processed. Yet as has often been reported, many of these illegals never return for their hearings.

President Donald Trump continues seeking ways to stop the flow of illegal immigration in spite of being repeatedly rebuffed by Democrats and left-leaning courts. The latest attempt is Attorney General William Barr’s announcement of a new asylum policy that directs the Department of Homeland Security to deny bond hearings to all aliens who illegally entered and requested asylum. The Justice Department explained that Barr was simply acting to enforce the Immigration and Nationality Act to the letter of the law.

Hot Air’s Ed Morrissey wonders about the timing: “It’s also curious that the White House took this step so soon after the departure of Kirstjen Nielsen and Claire Grady. Were they opposed to the policy? Or perhaps prepared to be too lenient with paroles?”

In any case, former Bush administration Deputy Assistant Attorney General John Yoo, himself a legal immigrant, supported Barr’s decision. “This is not part of some grand scheme against immigrants coming into the United States,” Yoo said. “It’s a very narrow thing the attorney general has done. He has the power to overrule immigration judges. Immigration judges have been making mistakes — they’ve been allowing bail to be granted to people seeking asylum who are caught past the border.”

Yoo added, “Asylum seekers have to show what they call a well-founded fear of persecution back in their home countries. The problem for all these people coming from Central America — they’re fleeing for economic reasons. They’re not fleeing because the government is persecuting them.”

Not surprisingly, the American Civil Liberties Union immediately challenged the legality of Barr’s decision, arguing that it is an unconstitutional breach of “basic due process” and that it will see “the administration in court. Again.” However, going by the law and precedent, it appears that Barr is the one standing on more solid legal ground than the ACLU.

Either way, Trump is clearly seeking to force Congress into action. Sitting on the sidelines while a massive border crisis is unfolding doesn’t play well with the American people.  ~The Patriot Post