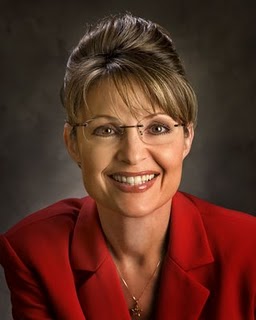 With Sarah Palin America should be

ready for a true conservative voice

in the White House

The presidential campaign of 2016 was launched as soon as the last light dimmed on the stage after Mitt Romney gave his concession speech, in losing his presidential bid to Barack Obama. With the new battle now warming up amongst the GOP hierarchy there are many Republican leaders who want to point the party leftward, away from Ronald Reagan and his heir apparent Sarah Palin.

That is correct. There is no stuttering here. Sarah Palin may appear to liberals, leftwing pundits as well as GOP Washington leaders as yesterday’s news. Yet Mitt Romney’s loss was not due to conservative steel in his campaign. What is clear is that nearly two million conservatives did not embrace Romney’s attempt to skedaddle to the middle road by running away from conservative positions and values. They simply stayed home.

Consider the results of Palin’s steadfast 2012 primary season effort as she crisscrossed the nation campaigning on behalf of conservative congressional, senatorial officials. The results of Palin’s efforts are notable, beginning with backing Texas U.S. Senator-elect Ted Cruz. Combine that with eight congressional candidates being elected to congress out of 14, due to Palin’s endorsement.

Now examine Romney’s results. In a general election where Republicans were expected to be more competitive in U.S. Senate races. Republicans actually lost two U.S. Senate seats. There are many who have engaged in a lot of finger pointing in order to place blame for the loss. But the buck does stop at the top with Mitt Romney.

To refresh everyone’s memory, it was Romney and his Boston campaign brain-trust, who said to Palin back in July, “Thanks but no thanks.” They denied her a prime time speaking role before the GOP National Convention and the nation. Mitt was bound and determined to place both Palin and the Tea Party organization supporters on the sidelines and go it alone to seek more moderate political pastures.

Romney may have listened to comedians like Bill Maher and political pundits like Chris Matthew who found no end in skewering the non-candidate Palin during the campaign year. There is a lesson in Romney’s loss that reminds conservatives that Ronald Reagan was the 1976 version of Sarah Palin. He too had his many detractors as well as liberal and Republican pundits who scoffed at Reagan’s notion of a new conservative under current building in America.

Ronald Reagan was held at arm’s length by Washington GOP insiders and derided in liberal circles as a joke. Many in the mainstream media poked fun of his film character that played opposite a Chimpanzee in the 1951 “Bedtime for Bonzo” movie. While the democrats and the Washington insider pundits laughed, Reagan beat President Jimmy Carter with nearly 51 percent of the vote to Carter’s 41 percent in the 1980 presidential election.