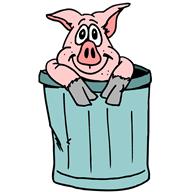 Let’s discuss the “Good” first, it always refreshing to hear about the positive events in our Country that give us hope and a reason for defending our Nation.

Dr. Ben Carson is definitely in the spotlight, quietly, methodically working to repair our Nation’s healthcare system.   It’s so refreshing to see an American Patriot step forward to help us take back our Country.   Dr. Carson is a bottom line man, no BS – he points out here’s where we’re at, here’s where we should be and here’s the way to resolve the healthcare issue.  He’s definitely a man that should be supported the next few years.

So proud of our young teen who won a gold medal at the Winter Olympics, America’s teen Mikaela Shiffrin becomes youngest to win gold in women's slalom.  Here’s one youngster that never gives up in the quest of the American dream.  She’s an inspiration to young and old.

Ligety, a 29-year-old from Utah learned how to overcome obstacles and fought to the end winning Gold in the giant slalom – Ted was the first American to win gold in this event.  Ted Ligety is an American to be proud of – believing that hard work does make dreams come true.

Maddie Bowman won the first gold in women’s Olympic halfpipe skiing – Maddie truly had wings and gave tribute Canadian freestyle skiing icon Sarah Burke who had died in a training accident. Maddie said when speaking of her Gold medal, this one’s for Sarah.  There are other Americans this winter who have won gold, silver or bronze and to them I say, “We are so proud of you.”  “All of you young Americans give us hope and joy – your pride in your Country warms our hearts, thanks.”

The largest teacher’s union stands up against Common Core saying the standards are “completely botched.  This is a good thing; hopefully they’ll join us in getting rid of Common Core.

IRS remains quite a contentious subject – Obama’s “not a smidgeon” of corruption proves to be another monstrous lie.  Something of interest about the IRS refusing to give Conservative groups the 501(c) (4)s approval is this – they illegally put the Conservative organizations on hold for years under the pretense of “inappropriate criteria.”

In 2011 Obama’s ½ brother Malik Obama received tax exempt status in about 30 days from Lois Lerner.  Lois actually made this retroactive back to 2008 – giving Malik a free pass from any tax evasion problems since he and Auntie Sarah were raising money in the US illegally claiming to be charities. Of further interest is Obama’s “auntie” or step grandmother in Kenya was given tax exempt status also called the Mama Sarah Obama Foundation.  If checked both of these people connected to terrorists!

Obamacare continues its pathway of destruction, harming the medical field, families, our youth and businesses.  Every day is a new day and new edict from Barack Obama – no one could understand Obamacare when it was crafted and on one can understand it after its unsuccessful launch October of 2013.  What we do know it’s laden with hidden taxes - many lost their doctors, their insurers and have been slapped with higher insurance prices and higher deductibles.

Obama is trying to strong arm businesses by threatening them if they lay people off due to the Obamacare epidemic – since when does the Commander in Chief have a right to threaten fellow Americans who are trying to keep our Country afloat?

NSA has certainly invaded our privacy – emails, phone calls and many if not all of our Social sites are being monitored.  They’re everywhere, they’re ever where and it’s unlikely that they discontinue their invasion of our private lives.

Four Americans killed in the Benghazi terrorist attack and many murdered in the Fast and Furious gunrunner operation – this is two of the ugliest scandals in our Country.  Five bankers dead in the last few weeks, a JP Morgan executive is the 5th one murdered – this is serious http://www.homelandsecurityus.com/archives/10482

It’s hard to define all that’s Obama and his Administration has done to this Nation in just a bit over five years.  They have attacked our Religion, our freedom of speech, our 2nd amendment, our businesses, our healthcare and our schools have been invaded.

The latest maneuver by Obama is to monitor our Newsrooms, news staff and staffers – they will decide what information Americans need, if it’s newsworthy and demand that news venues disclose their news philosophy.  Here’s the good news Federal Communications Commission put this invasion of our privacy on hold.

Our Government has been infiltrated with the Muslim Brotherhood, Communists, Socialists and at this time whether we want to admit it or not, Americans have reluctantly given their beautiful Nation over to a “Dictator.” We’re no longer in control, our freedoms are disintegrating and big Government has taken over…

It’s like sitting here totally helpless, being forced to watch a “horror” movie – the House of Representatives would be more aptly named the “House of thieves.”  They grab our money (which they are in charge of) and willingly, almost gleefully hand it over to Obama & the DEMS – case in point thanks to the House our debt ceiling was raised again without any provisions to budget for the increase, just more free money to Obama & gang.  After all, why should they worry – it’s just our money!

The behavior of the GOP is by far the “ugliest” most disgraceful and disconcerting issue that Americans have at this time. Our Country is under siege by both Republicans and Democrats.  Starting with the stimulus, the invasive Government grants, the debt ceiling increases there’s nothing to show for it but a bunch of glorified politicians in our White House frittering our money away for political gain.

The Republicans aren’t good stewards of our money; they continue their bloody spending seemingly enjoying every minute of it with the DEMS.  They don’t monitor Obamacare, the money being sent to Muslim terrorists, the misuse of our stimulus bill, the pork crap, the green scams, the programs to assist Americans during the housing bubble and the list goes on.  They’ve definitely waged war against America and all Americans.

Bottom-line is this - the House controls the purse strings or better yet doesn’t control anything.   When we hear from Republicans it is always after the fact – after our money has been spent on Obama and Democrats reckless pursuit of a “false ideology.”

Time to go to Washington DC and clean out the garbage, the gophers and the rats in our icebox.