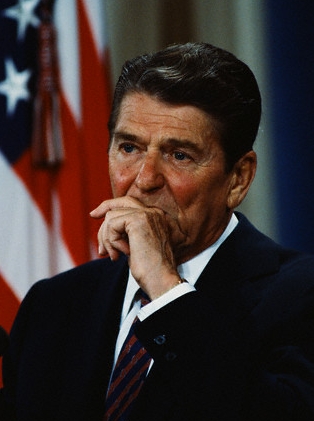 Reagan said, “Freedom is never more than one generation away from extinction. We didn't pass it to our children in the bloodstream. It must be fought for, protected, and handed on for them to do the same, or one day we will spend our sunset years telling our children and our children's children what it was once like in the United States where men were free.”

Brothers and sisters, the day Reagan warned us about has arrived. June 28, 2012 freedom was ruled extinct in America. God help us.

My heart is heavy and my controlled anger runs deep. I can not and will not surrender my country to the evil dictator in the black Iron Man suit without one heck of a knock-down drag-out political fight.

I am going to blog until my fingers bleed. I am going to tea party across America as many times as necessary. I will double down passionately using my vocal, songwriting and speaking skills to save my country.

I encourage each and everyone of you to do the same – use your gifts, talents and passions to defeat this man who believes himself above the law and the Constitution committed to destroying our great country and reshaping it in his image. ENOUGH! ENOUGH! ENOUGH!

A relative asked me to phone him to discuss the racism of the Tea Party. After hearing the Supreme Court's horrific cave to Obama, I thought it best not to call today. My tolerance level and patience for stupid, racist and ignorant idiots is solidly at zero.

While I share your frustration, pain and sorrow, this is no time to say screw it and throw in the towel. We can, must and will defeat this Leviathan attacking our country from within. The Bible says evil spreads itself as a powerful huge oak tree, but its roots are shallow and weak.

Patriots, our roots are powerful and deep, securely planted in the good soil of truth, honor and righteousness. And yes, I believe God is on our side.

Obama's evil army (mainstream media, the democrat leadership and his idiot deadbeat supporters) appear powerful. They are not. Their foundation is built on lies and deceit which is sinking sand.

It is time to pull out all the stops – kick our activism up to the next level. What did that chef use to say? Oh yeah, he said, “Bam!” whenever he kicked the favor up to a new level.

Every patriot must continue doing their part, but on a new level. No effort is too small. Gov. Scott Walker illustrated what one committed conservative can achieve. Together, with all hands on deck, we will defeat this vile anti-America dictator in November.

The November election will mark the beginning of us winning numerous elections needed to restore our great nation to Ronald Reagan's shining city on a hill.