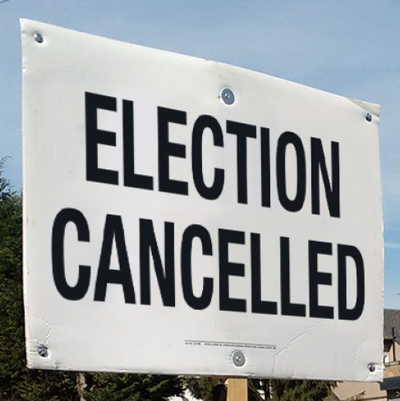 BLM useful idiots could serve the same purpose as KKK terrorists of the 19th and 20th centuries: to intimidate law-abiding citizens into giving up their right to vote.

However, the new efforts of Durkan and Wheeler, along with four other Democrat mayors who are asking Congress to restrict the deployment of federal forces to their cities, smacks of state- condoned terrorism at the expense of the majority of the residents in their cities.

Of course, they are appealing to the Nancy Pelosi-led, Democrat-controlled House of Representatives that has already demonstrated a flawed, zero-evidence initiated, failed efforts to impeach President Trump for political reasons. Yet, the mayors are stating that their collective reasoning is that Trump is sending federal agents into their cities for his own “political purposes.”

Amazingly, the language they have used in their request reflects an ignorance of the United States’ Constitution, if not reflecting a basis for secession from the Republic. In their letter to their Jacobin-like friends in Congress, they stated that “President Donald Trump has deployed unidentified federal agents to cities like Portland, Washington, D.C, and Seattle to interrupt local protests.” It seems the mayor’s case is that “Targeting and occupation of progressive cities is unacceptable, un-American and unconstitutional. Moreover, these federal agents are not trained in modern community policing, crowd control, or de-escalation strategies,” (bolding is mine).

Actually, one can wonder why the major violence has been limited to major “progressive cities.” One can also wonder whether such indefensible violence or outright terrorist acts would be tolerated or condoned in any “non-progressive” cities? Ultimately, does the purpose of the violence and the murders that have accompanied such rioting, have a political purpose?

This new twist in the action plan by the Democrat “Progressives” in solidarity with the Party Overlords, reveals at least three noteworthy aspects of the election year battle plan. Outside of propping up a “Trojan horse,” or an elderly “sock puppet” as a real viable candidate for POTUS, there are at least three perspectives that can be gleaned from the “progressive” mayors:

“progressive” equals no genuine respect for a lawful and orderly society; “progressive cities” means that the mayors must also “own” the failures of the cities they govern currently and take ownership of those who operated a “progressive” city government before them; and
the “progressive” definition of what is “American” or “constitutional” is not open for honest, intelligent debate because it seems only “progressives” have adequate command of American English definitions.

It is concerning when Democrat mayors or other elected officials do not feel that they have an obligation to protect all of the citizens in their cities from violence. That explains a fundamental difference between public servants who take seriously the oath of office to protect and defend the Constitution and those politicians who carelessly (if at all) take the oath of office. The purpose of the law is to establish and maintain a civil, orderly, and mutually-respectful society. The purpose of the Law of the Land is to manifest uniformity among the various state governments so there is a genuine foundation for the Union. Citizens in civilized societies expect that. Anarchists and terrorists do not.

Thus those “progressive” mayors do not respect the rights of all citizens; they place the rights of those who would disobey the law above those who do. It is very revealing when a Democrat politician states something like the demonstrators’ rights are protected in the First Amendment. It is true, but the First Amendment guarantees the “right of the people to peaceably assemble.” Again, the dictionary “progressives” use defines “peaceable” differently. “Progressives” define “peaceable assembly” as marching through city streets while breaking windows of private establishments, setting fires to buildings, stealing private property, and shooting people dead. This demonstrates zero civility, zero respect.

Additionally, the use of the term “progressive cities” means that the mayors have taken upon themselves publicly the ownership of the failures of the cities they govern currently and ownership for those who operated a “progressive” city government before them as they freely and proudly identify with the application of the term “progressive cities,” as opposed to the cities that are not “progressive.” The foundation for nullification of federal law is being laid once again by Democrat operatives who would like citizens to think they are the “progressives” who are more advanced, compassionate, humane, etc. And, conversely, the “non-progressives” are “regressive” neanderthals. The inversion of the terms is just a play of words - a subtle form of propaganda.

“Progressives” have not only undermined the language, but undermined the safety of good, law-abiding citizens as well. “Progressives” also supplanted their own definitions of what “American” means or what is “constitutional” in place of more widespread and acceptable definitions. For over a hundred years, U.S. Socialists (citizens can choose to call them “progressives” now, depending upon how far out of the closet they have ventured) have been tirelessly working to undermine America. Part of the effort has been to erode the language, as in the example of the word they use to identify themselves—“progressives.”

“Progressives” have the name of being American, but they are not. “Progressives” hope people think that they believe in the principles underlying the U.S. Constitution, but they honestly do not. It is highly ridiculous for un-American politicians to call the defense of the Constitution “unAmerican” or “unconstitutional.” Unfortunately, they can get away with such diversion because so many “progressives” have been trusted with educating American young people. And, along with former illegal aliens who crossed over into the country, many of those “educated” (the “progressive” definition is “those who have been indoctrinated by other “progressives”) youths are the ones rioting in “progressive” cities.

The “made-for-television rioting” battle plan may work to fool much of the public, more significantly, Americans who do not honestly understand the Constitution. While they show support for the Constitution, “progressives” suffer from their own anemic grasp of the Law of the Land that they have perpetrated for over a hundred years. While voting is a right of all citizens of legal age in the Republic, the Democrat Party had no real use for the Law of the Land at the time they initiated the Civil War, they had not real use for the protections of the Constitution at the time of the Civil Rights Movement, and they now seem to be laying the foundations for undermining the vote in 2020. Ironically, the BLM useful idiots could serve the same purpose as KKK terrorists of the 19th and 20th centuries: to intimidate law-abiding citizens into giving up their right to vote.