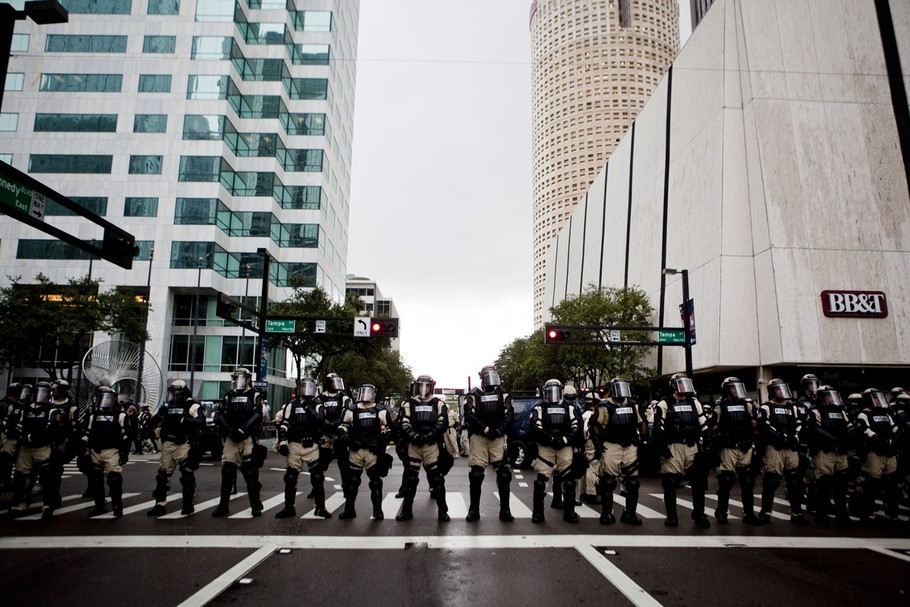 A long time ago, when I was much younger, I was in New York city. It was a sweltering hot day and I was in a car with a good friend of mine, Gloria.

The heat made her car stall. We were not the only car that had over-heated and traffic became very congested. A nice policeman came over and asked if he could help. He told Gloria to go get in the passenger side and he sat in the driver's side. That left me close to him.

He started to talk about finding a motel and the three of us having a little party. Gloria and I were terrified. The police officer started to stoke my bare leg. I was dressed in a short dress appropriate for a hot day.

While I tried to get his big hand off me, a police car was passing by. I yelled for help and the officer in the car just waved his buddy off. I thought to myself, no policeman will help with another in the car. This was bad. I felt doomed. His hand was moving up and his fingers were trying to get in my panties.

I am a quick-thinking person in emergencies. I smiled at the policeman and said, "Please, could you look under the hood and then try to start the car again?"

He replied, "Sure, for you baby, anything."

He got out of the car and I whispered to Gloria, "Lock your side of the car" as I locked mine. The officer put down the hood and was strolling back to get into the driver's side where I had put myself. I turned the key and the car started. I drove. I don't know where I was going but I drove.

Finally, we were far enough away that I could stop the car and change seats with Gloria, who was used to driving in New York City and we went to her home.

This happened in the seventies. Fast forward to a small city in Western Pennsylvania, 2012. I had a bad car accident. My car hit 'black ice' and it spun in the air and landed on the walkway of a house; narrowly missing the house and my car pointing in the direction I had been coming from. My dog, a four pound poodle, was in her car seat.

A young girl came out of the house and I opened my window. After calling 911 and determining that I was alright and my dog was fine, I handed the dog to the young girl. The girl was so happy to hold my dog and my dog was excited to be held.

One of the first police officer's on the scene, a white man, looked into the car from afar and grunted, "Is that a beer cooler you got there Ma'am?"

The young girl shouted at the cop, "That's the dog's car seat!"

The policeman then asked me, "Have you been taking any other..." Then he stopped and said, "Never mind."

I had missed being killed in that accident and it was a miracle that I was  not hurt. The policeman should have been more concerned for my safety than seeing a dog car sear as a beer cooler.

We are living in a country that has too much hate and power-tripping. There is hate and those that want to start trouble for the sake of starting trouble.

It's normal to see Gangs and Gang-Bangers. It has become common place to see people looting stores and damaging property.

If we cannot trust our police force then our children have grown up to fear them. That has happened. Now grown up children want revenge for the power the police have abused.

No one is right or wrong if it is the system that has failed us. It has been failing for a very long time. No one has done anything to fix it. I am not the one with all the answers but I see what is happening now and it makes me sad. How did we let it get so out of control? We were too complacent when white people used racist remarks about Black people and then offended when Black people made up words to describe us? The system is broken.

When people started buying on credit and children wanted what other children wanted and that credit card was used, that was an indication that spending had gone out of control.

When children start to speak without using proper English, that is the education system broken down. The truth is, the root of the problems must be fixed, to make America great. All people must respect one and other and the police must not make us afraid.

We can only hope that better days will come, but I believe, we blew our chance by letting things get totally out of control.