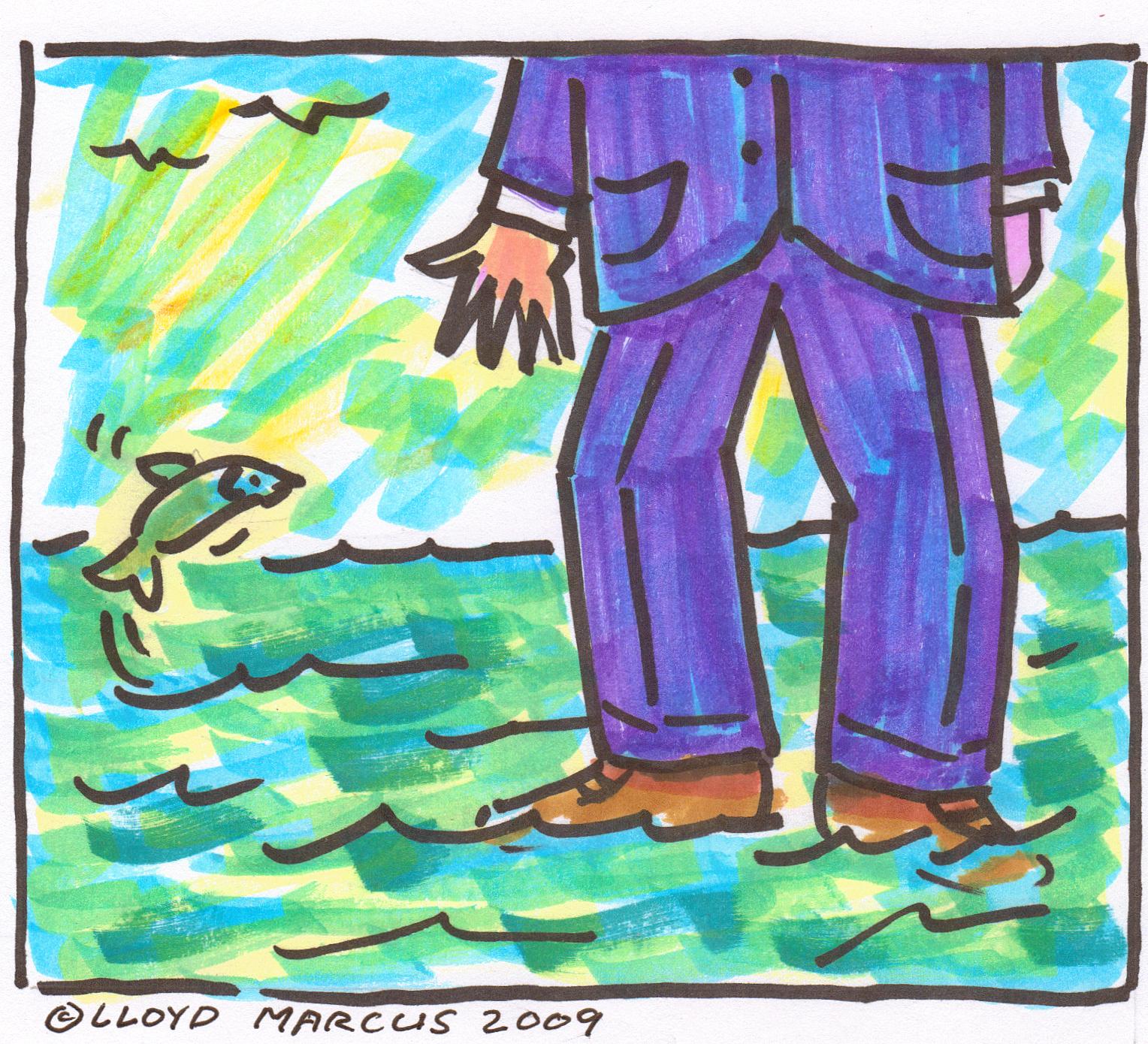 The criteria embraced by the liberal media, Democrats and some conservatives for selecting the 2012 Republican presidential nominee is quite clear. Imperfect conservatives need not apply. Conservative presidential candidates must have been born yesterday; not having lived long enough to break any of the Ten Commandments, make a mistake, say or do anything stupid.

However, in their short time on the planet, our conservative candidate along with possessing a “perfect past”, must display a masterful expertise of all topics foreign and domestic. Anything less means our conservative guy or gal is an incompetent idiot.

Then, there is the Reelect Obama Liberal Media/Democrat multi-headed dragon which is committed not only to simply defeating our conservative candidate, but beheading him or her and hanging their bloody dead carcass in the public square to discourage all future challengers of Liberalism. Our candidate is expected to flawlessly and masterfully battle this beast, winning every skirmish, lest we chorus that they are not quite presidential material.

Conservative presidential candidates unwilling to wear an “I heart Chaz” t-shirt are homophobic and vehement haters of homosexuals. Conservative candidates not having at least one Kanye West song in their iPod are white supremest redneck Tea Party racists. Black conservative Republican candidates are obviously self-loathing traitors to their race suffering from Stockholm Syndrome.

Meanwhile, the requirements for the Democratic presidential candidate are a bit less demanding. The liberal media's and the Democrats' candidate can hangout with self-proclaimed America haters. Their candidate can say America has 57 states and mispronounce corpsman as “corpse-man” and still be considered a genius. He can travel the world bowing to foreign leaders and apologizing for America. He can wreck America's economy, hostilely takeover a private auto company, cram government-controlled healthcare down our throats, bully banks and funnel money to his supporters via government bailouts. A New York Times article reported that the Time's candidate has abandoned pursuing the white working class vote to target entitlement-minded, loser Occupy voters without anyone raising an eyebrow.

Liberal media and Democrats do not give a rat's rear end about the character of their candidates as long as those candidates further Liberalism.

Conservative candidates are expected to have lived flawless lives without leeway to repent, learn and grow.

Peter in the Bible was a cruel tax collector who cowardly betrayed Jesus. And yet, speaking about Peter, Jesus said, “Upon this rock I will build my church.” St. Peter repented, developed and grew into a courageous Christian ultimately dying for his faith. If running for office today as a conservative, Peter's former cruelty and cowardly beginnings would end any hope of him being elected; too much stuff in his past.

Moses began as a murderer. And this religious guy Moses wants to lead his people to the Promised Land. The liberal media would say, “Forget about it; too much stuff in your past!”

Conservative presidential candidate Herman Cain is a gifted businessman of character; never been arrested, saved and created jobs and touched many lives in a positive way. However, some conservatives and the media say Cain is a little weak on foreign policy and has too much stuff in his past.

Conservative presidential candidate Newt Gingrich is really smart. Actually, Newt is brilliant with great ideas to reverse the devastatingly destructive results of liberalism. Newt would eat Obama's lunch in a debate. However, Newt does have his share of self admitted poor judgment calls. Thus, some conservatives and the media say Newt has too much stuff in his past.

Conservative presidential candidate Congresswoman Michele Bachmann has a great record in Minnesota. She and her husband adopted a ga-zillion kids which speaks to her great character. As with all conservative women, left-wing feminists despise Bachmann. If the feminists were true to their supposed mission, Bachmann would be their poster girl; a strong woman successful in and outside of the home. Instead, for reasons I do not understand, an NBC program introduced Bachmann by playing a song about a “lyin' a-- b----!” Bachmann has been attacked for comments she has made expressing her Christian faith. Some conservatives and the media say there is too much stuff in her past.

Conservative presidential candidate Gov. Rick Perry has been super in Texas. Some conservatives and the media say Perry is not the smoothest guy in the world during TV debates, is weak on immigration and has too much stuff in his past; something about a rock on a property rented by his family for hunting which still bears the “n” word, put there many years earlier. Surely, the Texas governor must be a member of the KKK. Bottom line, too much stuff in Perry's past.

We conservatives hold our candidates to a high standard. And for that, I make no apology and proudly name myself among you. Still, I believe any of our flawed conservative candidates are far superior to Obama in terms of their qualifications, core values and love for America. So I will not toss every frontrunner into the unelectable trash can whenever the liberal media dictates.

But obviously, some conservatives believe all of our conservative candidates are too flawed with too much stuff in their past to enthusiastically embrace as our Republican nominee. So, let's just settle for the “articulate and clean” RINO Romney, watch him go down in humiliating defeat and buckle our seat belts for four more years of Barack Hussein Obama.