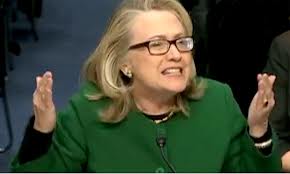 We can all agree that Hillary Rodham Clinton is no stranger to murder, in fact murder, suicide and unexplained accidents follow this woman like the plague. Don’t forget Mary Mahoney, former White House intern  murdered just before she went public about sexual harassment in the White House by yours truly B. Clinton.

Most of us remember the suicide story that was spun about Vince Foster, the former White House Councilor and colleague of Hillary R. Clinton at Little Rock’s Rose Law firm.  Hillary treated Vince’s death with the same nonchalance as the Benghazi murders.

Vince’s personal information and documents disappeared, never to be seen again – the story goes that a courier had been given the dirty job of shredding any and all of Vince’s information so Vince’s joined the other Clintonian’s who supposedly committed suicide.

When the Arkansas Whitewater, drugs and drug trafficking hit the headlines, it was literally duck hunting season in Arkansas or should I say a bloody massacre of those connected to the Clintons...

Below you will find a list from White House employee Linda Tripp given under oath to Judicial Watch chairman Larry Klayman in December, 1998.  The body bag count is totally unbelievable – but dead is dead and it’s obvious that those in the know were sent to the great beyond via murder, suicide and/or freakish accidents.

It’s probably not strange that Hillary Rodham Clinton under oath said, “What difference does it make” when referring to the murders of our four Americans in Benghazi.  Hillary Rodham Clinton not only has a massive amount of murders trailing her, but other major problems in her past political history that shows she isn’t above lying, threatening or coercing people who get in her way.

Present day she lied under oath about Benghazi and immediately removed four mid-level White House officials in her office – you can be sure those four either accepted a pay off or have been threatened with their lives or family lives if they should ever testify against her. 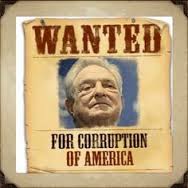 This woman is the face of Socialism and the shining Liberal star that George Soros has chosen to continue the socialist/progressive agenda. Like Obama she is a Saul ALinsky student and worshiper who represents the greatest threat in our history to the greatest Nation in the World. Obama a Soros puppet is paving the way for the most evil women in America’s history in a Government run amok.  Nothing has stopped this woman so far, not even murder – Americans will be the only ones who can save our Nation.

It doesn't take a majority to make a rebellion; it takes only a few determined leaders and a sound cause.
H. L. Mencken

Next article or blog will continue vetting Hillary Clinton starting back in her college years and coming forward to 2014.