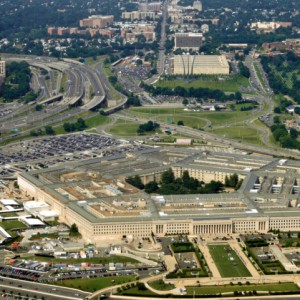 A recent investigation has revealed that the Pentagon has failed to account for $8.5 trillion dollars of taxpayer money Congress has allocated toward the U.S. Department of Defense since 1996.

According to the report, out from Reuters, the Pentagon has routinely cooked its books by failing to supply a clear monthly account of the money spent for Defense Finance and Accounting Services (DFAS).

Linda Woodford spent the last 15 years of her career inserting phony numbers in the U.S. Department of Defense’s accounts.

Every month until she retired in 2011, she says, the day came when the Navy would start dumping numbers on the Cleveland, Ohio, office of the Defense Finance and Accounting Service, the Pentagon’s main accounting agency. Using the data they received, Woodford and her fellow DFAS accountants there set about preparing monthly reports to square the Navy’s books with the U.S. Treasury’s — a balancing-the-checkbook manoeuvre required of all the military services and other Pentagon agencies.

And every month, they encountered the same problem. Numbers were missing. Numbers were clearly wrong. Numbers came with no explanation of how the money had been spent or which congressional appropriation it came from. “A lot of times there were issues of numbers being inaccurate,” Woodford says. “We didn’t have the detail … for a lot of it.”

The data flooded in just two days before deadline. As the clock ticked down, Woodford says, staff were able to resolve a lot of the false entries through hurried calls and emails to Navy personnel, but many mystery numbers remained. For those, Woodford and her colleagues were told by superiors to take “unsubstantiated change actions” — in other words, enter false numbers, commonly called “plugs,” to make the Navy’s totals match the Treasury’s.

The news agency revealed that for the fiscal year 2012, it is “impossible to determine” how much of the $565 billion Congress budgeted for the Pentagon was used for its intended purpose.

The report also reveals numerous examples of unnecessary military spending as well as about a half trillion dollars in unaudited contracts with private companies, meaning there is no way to tell whether goods and services were ever actually delivered to the Defense Department.

“The Pentagon can’t manage what it can’t measure, and Congress can’t effectively perform its constitutional oversight role if it doesn’t know how the Pentagon is spending taxpayer dollars,” Senator Tom Coburn (R-Okla.) said in an email response to Reuters. “Until the Pentagon produces a viable financial audit, it won’t be able to effectively prioritize its spending, and it will continue to violate the Constitution and put our national security at risk.”

Coburn and Senator Joe Manchin (D-W.Va.) have introduced bipartisan legislation to limit funding for new Pentagon programs and prohibit the purchase of new technology if the Defense Department is not ready for audits by 2017.

That the Pentagon is bad at tracking taxpayer money is nothing new. In fact, on the day before the terror attacks on 9/11 that lead to more than a decade of ramped up military spending, then Defense Secretary Donald Rumsfeld announced, “According to some estimates, we cannot track $2.3 Trillion dollars in transactions.”

Rumsfeld went on to say that America’s “adversary is closer to home, it’s the Pentagon bureaucracy.”

The next day, however, the Trade Centers fell and talk about wasteful military spending was forgotten.