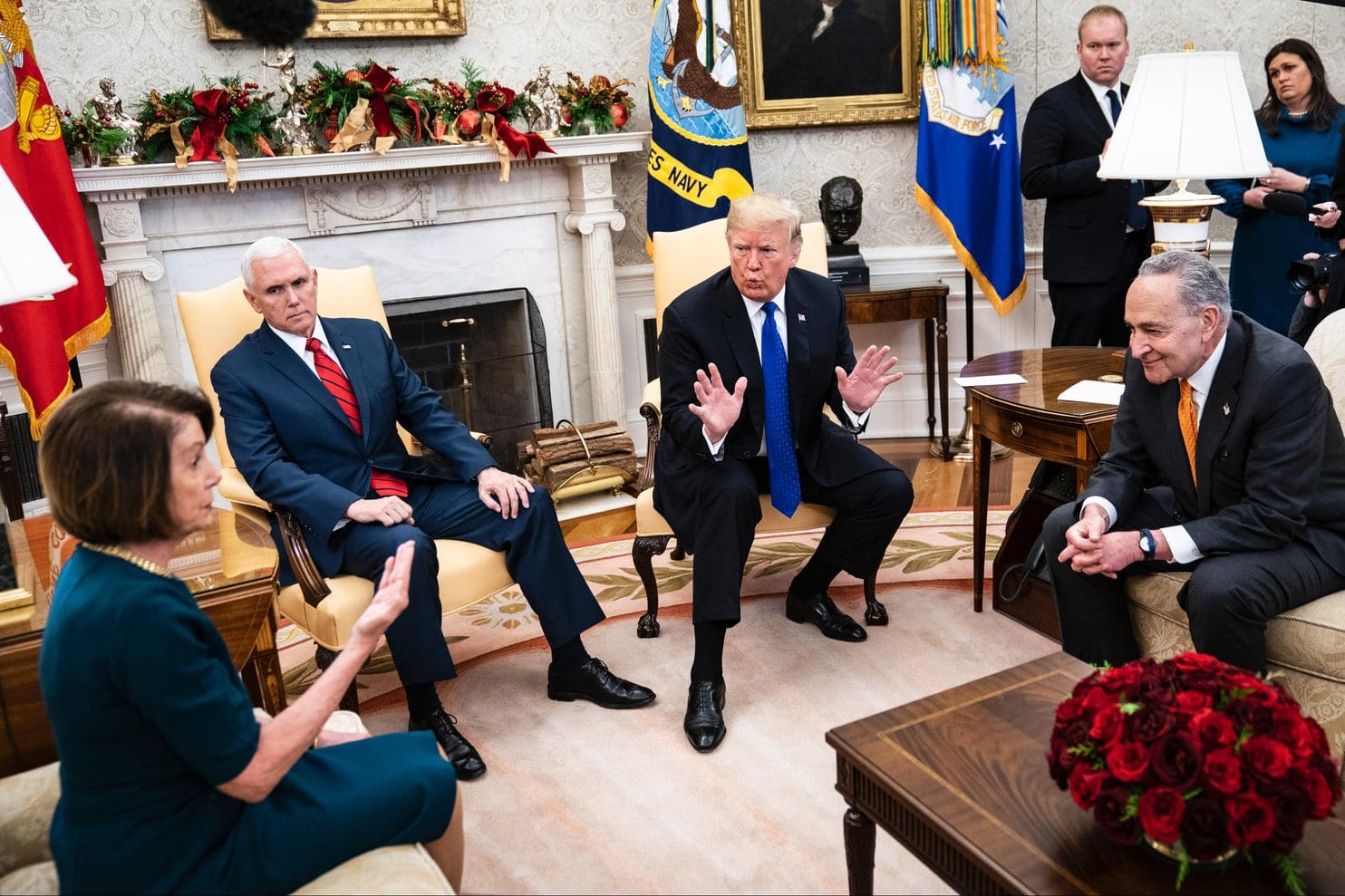 President Trump is trying to protect Americans.  His efforts are to stop criminal illegal immigrants from coming into the USA.

Chuck Schumer, Nancy Pelosi, and, most Democrats favor illegal immigrants be allowed to enter into the USA at their will. mailto:https://www.theatlantic.com/politics/archive/2015/07/the-problem-with-downplaying-immigrant-crime/399905/?subject=The%20Problem%20With%20Downplaying%20Immigrant%20Crime

Chuck Schumer, Nancy Pelosi, and most Democrats want to abolish ICE; the U.S. Immigration and Customs Enforcement whose law enforcement agency’s task is to enforce immigration laws of the US.

Chuck Schumer, Nancy Pelosi, and most Democrats want to destroy our USA, our Aerican Flag, and our Constitution based on Judeo-Christian values.