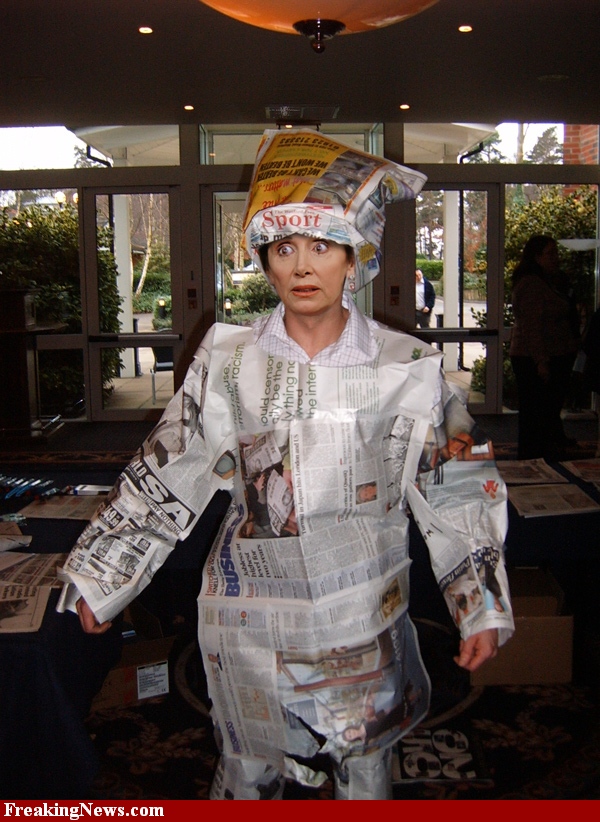 Nancy Pelosi usually does her dirty work behind closed doors, but the DEMS are not exactly in a comfort zone with their Commander in Chief and their greatest fear is Newt Gingrich. So good old Nancy erupts once again in a frantic attempt to derail Newt Gingrich. Nancy like Obama just can’t get enough of National TV and here are her latest comments about Newt.

Pelosi With Conviction, mouth puckered up like a prune and watery tearful eyes said, “Newt Gingrich will not be president" She Knows something! Nice try Nancy – I heard Newt respond to her threats this morning saying, “If she knows something, I have a simple challenge: Spit it out,” Gingrich said Wednesday on NBC's "Today" show.

Let’s check out Newt Gingrich, in fact let’s get the real stuff out in the open so everyone not only has an opinion, they have correct information.

Many moons ago in 1996 and 1997 House Speaker Newt Gingrich was charged by congressional Democrats of using a college course he taught to help him in his political activities. The allegations resulted in many stories on Dan Rather's CBS Evening News; but when Gingrich was cleared of all charges by the IRS, Dan Rather did not report on it.

The Democrats and many Republicans from the old establishment continued their attack on the Speaker of the House (Newt Gingrich) even after the first coup fell apart at the seams. They feared and still fear Gingrich more than the plague because once again he will take down their comfy house of cards, one card at a time.

They trumped up a total of 84 charges against the Speaker of the House only to find that 83 charges were false. The last charge, the 84th was tossed out the window by the IRS who was asked to investigate Gingrich on a tax fraud. The IRS found no violation and vindicated Newt Gingrich. Do your homework – find out the truth in the link provided below.

In other words, the ethics charges David Bonior filed against Newt were all bogus. Every single charge was merely an attempt to derail the Speaker. If Newt Gingrich made any mistakes it was agreeing to pay 300,000 which basically paid for a 3 ½ year investigation by the Ethics Committee and voluntarily stepping down as House Speaker. .

The irony of this story that never seems to make headlines is this was about a college class that Newt taught on television about “Renewing American Civilization.' Here you will be able to read about each class Newt presented to colleges.

If you take time to read each college session offered, you will see that Newt Gingrich is truly a Patriot who loves his Country and fellow Americans. Newt Gingrich believes in a Government of the people, by the people and for the people. The Constitution is his road map and in 2012 he’s fighting to “Take Back Our Country America,” and vows to restore our freedoms and rights as set forth by our forefathers in 1787. Not bad for grandfather who has never given up the fight for his Country and fellow Americans.

May God Bless Our Nation
As Always,
Little Tboca