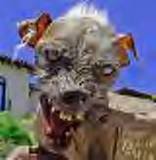 Hollywood is scrambling for traction hoping to replenish Obama’s campaign by donating to his Super Pac  Jeffrey Katzenberg,  Steven Spielberg , Bill Maher and Morgan Freeman have given Obama’s Super Pac several big injections and to their surprise Obama can’t keep his mouth shut and just keeps blowing his base out of the water.

Good ole Morgan Freeman should stick with his acting profession because when he starts talking politics he pretty much resembles a person with a couple of loose screws.  Morgan said, “Obama saved the auto industry and protected the health care of every American.  He has led our nation to be more tolerant and placed impressive, accomplished women on the Supreme Court."

Could Morgan be referring to Elana Kagan, now one of our Supreme Court Justices who has spent her lifetime trying to subvert and destroy our Constitution.  The person that has condoned and fought for socialism all of her life and now she’s sitting on the Supreme Court bench.

Obama exposed his Socialist underwear when he said, “If you’ve got a business -- you didn’t build that,” Obama told a crowd in Roanoke, Va., on Friday. “Somebody else made that happen.”  That one comment from Obama gives credence that we in fact have a “rat in our icebox.”

Joe Biden must think we’re all living under a mushroom – talking to a Union in Columbus, Ohio he said, “Joe Biden accused Mitt Romney and Republicans of fostering a business environment that promotes outsourcing.”  Obama and the DEMS gave Fisker motor company 529 million dollars taxpayer’s money and then gave our jobs to the Finnish.

Joe, get a life or get your facts straight the guy that Obama calls his jobs counselor or exotic job czar, Jeffrey Immelt is the very person who ships our much needed jobs to China and other foreign countries.  As we know Obama has a fetish for green companies that have been blood suckers from the gecko. Biden’s touting insourcing and we d­_ _ _  sure know about insourcing at Solyndra, Sun Power and Amonix solar manufacturing plant in North Las Vegas (declaring bankruptcy this past week.)  Only problem with Obama’s insourcing is this – his screwy whims cost tax payers billions of dollars without creating jobs.  Go figure!

Actually on the subject of outsourcing, big companies like IBM and Xerox, Apple have been forced to outsource due to the Government regulations, taxes and EPA restrictions. Until we create an ideal environment for businesses and job growth in our USA, there will be more and more outsourcing.

Debbie Wasserman Schultz was delighted to speak to over 1,000 Jews at auditorium of Congregation Keneseth Israel in Elkins Park, Pennsylvania; Schultz was prepared to give her audience an old fashioned Obama pep rally, but that didn’t pan out.

Her audience corrected her, pounced on her lies and rhetoric from start to finish – they were all adults wanting solutions to problems not a 3 ring circus, so once again Schultz didn’t just stub her toe she put both feet in her mouth when she said “There is nothing, and I mean nothing, in the Republicans’ right wing social agenda that appeals to the American Jewish community,” she asserted. From that statement on the war was on and the Jewish Community pretty much chewed Schultz up and spit her out.

Valarie Jarrett took her usual pot shot at FOX news saying they’re the reason that voters think Obama is attacking successful business people. Obama followed in her footsteps and blames FOX for accusing him of raising taxes and he had the audacity to say on National TV, that he actually lowered taxes.

So Americans what we’re facing daily is a bunch of Alinsky alley cats who will do anything to distract and divide us. ABC news attempted to distract and divide us by insinuating that the Colorado massacre was by Jim Holmes a tea party member – same strategy that the Liberal News used right after the Tucson massacre when they try to pin it on the tea parties and Sarah Palin.

Brace yourselves for 3 of the worst months of our lives – the Liberal News Media and DEMS will douse us with their daily dose of lies and false rhetoric.  Obama will continue skimming money from taxpayers, consumer goods will keep rising, and unemployment will remain around 15%. Illegal aliens will persist in taking American jobs and free handouts. Our credibility in foreign Countries will continue to diminish and Big Government will grow by leaps and bounds.