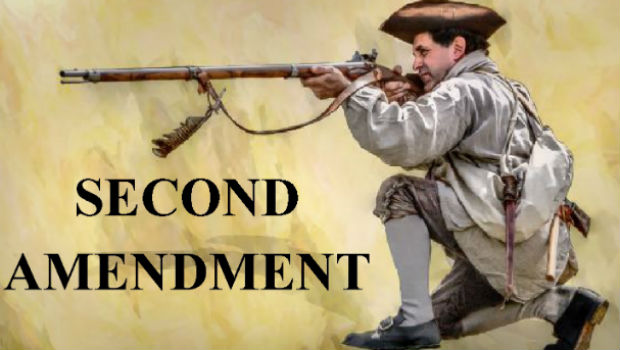 Once again the totalitarian government of the Muslim Barak Husain Obama is embarked on a quest to degrade and destroy the second amendment and deny Americans one of their basic rights. The BATF has just announced a plan penned by the tyrant Obama to deny law abiding American citizen’s ammo for the popular AR15 rifle. The AR15 is one of the most sought after and owned sporting and target semi auto rifle in America. Owned and enjoyed by millions of citizens. It is also a preferred weapon for protection of life and family hunting and target shooting.

What the communist Democrats cannot do by legislation and legally with in the constitution is illegally being done by Obama with his endless imperial executive orders from the White House. He is continuing to show contempt for the will of the people and our Constitution! If this executive order when executed is allowed to stand and not be stopped this will be the beginning of an endless string of orders to disarm the American people." No" further tampering with the second amendment in any way should be tolerated or allowed! This issue has already been decided by the people as well as the original intent and truth in the constitution itself.

In this critical time in our history, when Obama and his communist democrat party have made their intentions known to destroy our Traditional and Constitutional Republic, we must not allow anymore of this! We will be subjugated, controlled and lose our freedoms under Obama's New World Order. When they confiscate our guns and ammunition our last resort to save America will have been taken away from us.

The communist Obama forces and the Democrats will not stop! They have shown they intend to destroy the Constitution and our American values and way of life and remake it into a Marxist state with complete obedience and control to the Marxist Totalitarian government. Obama's Imperial orders must stop now by force if necessary! He has made it known he intends to move on firearms confiscation within the next 2 years. This plan has also been leaked by Michelle Obama at various democratic fund raising events!

All Patriot citizens should ignore and not obey unconstitutional laws starting now! Anything concerning the second amendment, immigration or event illegal actions by the IRS! Call and write to your Senators and Congressmen both at state and federal level and demand they stop this illegal abuse of our constitution now! Tell them we will not follow unconstitutional laws and decrees and this will end in a force of arms as our constitution requires of us if this continues! Tell them to start doing their jobs and defend the Constitution!