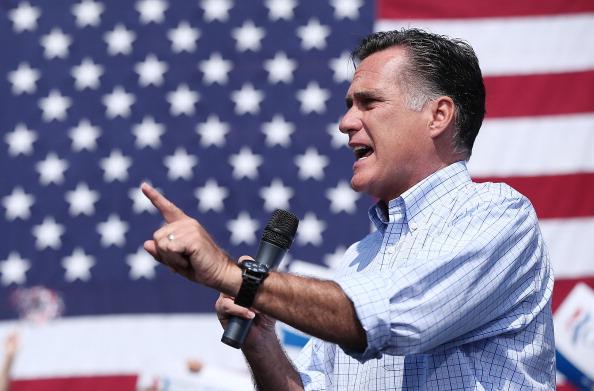 Romney refuses to apologize for American principles and values

Do you remember where you were the day that America’s Dream was assaulted, stripped bare, and left to endure a slow and lingering death?  That day began on June 4th, 2009, when President Obama traveled to Cairo, Egypt and bowed his head to the Muslim World in a speech. He let the Muslim Brotherhood and other Islamic extremists, know that they had a fellow traveler and friend in the White House.

The president was clear, convincing and concise.  The values and principles of the nation which has guided America’s founders, the defenders, and its citizens for over 233 years, by 2009, was laid upon the alter of Islam, like yesterday’s refuse.  The new American dream of apology first, neutrality second and attack from behind third, was the new legal, moral and presidential construct.

Mitt Romney refuses to lead America into Obama's years of apologetic Islamic darkness. He represents a clear choice for America's Dream and America's Future. There is a difference.

So, as Obama planned his trek to Cairo, Egypt, according to published reports from May 28th, 2009, the president insisted that at “least 10 members of the Muslim Brotherhood be allowed to attend the speech.” to be delivered on June 4th.

His speech ominously called “A New Beginning” foreshadowed the commencement of a renunciation of America’s values, its principles and time honored sovereignty.  Instead in its place was Obama’s re-interpretation of America, its values and its principles. He used friendly couched phrases to be an apologist first, and allow the nation to be a scapegoat for all real or imagined misdeeds that were offensive to the Muslim world.

Obama stressed, “Moreover, the sweeping change brought by modernity and globalization led many Muslims to view the West as hostile to the traditions of Islam.”  Obama used this as a conditional reason to massage the Muslim world’s feelings of America and the West, not being in step or considerate of Islamic teachings.

But Obama proceeded to ignore the history of Islamic actions and its heinous practices against non-Muslims, Christians, women and other non-believers.  Instead the president announces a new fictitious doctrine that …-  read more:   http://shar.es/uh5BS