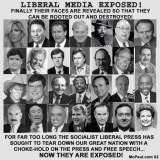 This headline depicts the idiotic thought process of the Liberals - MSNBC Host: 'I'm Uncomfortable' Calling Fallen Soldiers Heroes Sun May 27. In honor of our brave Military, American citizens should remove these terrorists from our turf. 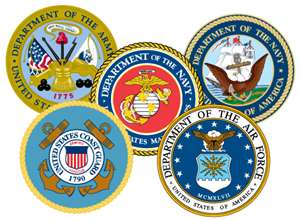 Take a gander at a few of the Liberal Obama worshippers and meet the Liberal junkies who spew a “false ideology”.

They’re not the smartest creatures in the turnip patch, but they religiously sit up, beg, roll over and play dead for their puppeteers.  They are the Communist, Marxist and Rothschild zombies or robots and they’re pre - programmed, brainwashed and unable to function on their own.

Chris Mathews from MSNBC, the man who gets a tingle up his leg when talking about Obama not only lost his tingle, but lost his marbles too on Jeopardy.  Chris exposed himself as a rather senile disturbed human being when it comes to “smarts.”  Without Soros pulling his strings and writing his script Chris like Biden isn’t safe on the streets by himself; he’s an accident waiting to happen.

Valerie Jarrett possibly could feign poor eyesight, but her “I’m the Queen” attitude at the Alfalfa Club was over the top.  Jarrett ordered one of our high ranking officers in full dress uniform to bring her a glass of wine.  Jarrett, Obama’s senior adviser has a distinguished nick name that has hung onto her like glue.  The White House gophers have dubbed her “the Worst White House Aide:”  Valerie is the one who had a White House tantrum  and threatened to walk if Obama let the CIA and Seals snuff Osama bin Laden.  Funny thing is neither Obama nor Jarrett had enough clout to stop the CIA and Seals from finishing their job.  Hats off to the CIA, the Navy Seals, Hilary Clinton, Rear Admiral Edward Winters and Leon Panetta for a job well done.

Maxine Waters another one that idolizes the ground Obama walks on lost her composure and gave the Black Caucus an ear full about Obama’s lack of engagement in the African American community; Maxine was mad because Obama told the African Community to suck it up, stop grumbling and quit complaining.

Waters is the one who said that the Government has the right or power to seize control of private industry.  Waters also said, “"If [the big banks] don't come up with loan modifications and keep people in their homes that they've worked so hard for, we're going to tax them out of business."  So much for intelligence!

Good old Joe Biden reminds us that it doesn’t take brains or political correctness to fill the shoes of Vice President.  Joe never worshipped anyone but “Joe” and he provides the comedy for the Obama Administration by hook or by crook.  Biden is like a stray dog, he’s never been particularly fond of Obama and no one at any time can predict where the stray is going to make his next dump.   Obama has tried without success to keep Biden under lock and key, but Joe is rather illusive and totally resistant to rules and regulations.

Then there’s Debbie Wasserman Schultz who isn’t exactly the perfect mouth piece for the Democrats.  She’s the Raggedy Ann with the big hair always putting her foot in her mouth.  Debbie would make “Pinocchio” hide his head in shame; her inflammatory crude language makes her Obama’s “Junkyard Dog,” definitely not his attack dog for she bites everything that moves including the Tea Parties, Conservatives, the poor, the Military, the Catholics, unborn babies, the Jews and of course Scott Walker.

In the early 1990’s David Axelrod was given the dirty assignment of mentoring and preparing Obama for the position of Command in Chief.  David sold his soul to the puppeteers years ago and now he’s stuck in the White House as Obama’s janitor.  David tags along after Obama mopping up his messes and putting out his fires.  It’s a dirty job, but I guess someone has to do it.

The Obama worshippers aren’t exactly what one would call a brilliant articulate group of low lives, but they are faithful followers of those who have worked years to destroy our Nation.  There remain an enemy of our beautiful America; they’re dangerous pawns or gophers in the political chess game.  We must fight back – It is our duty as United States citizens to protect our great Nation.

Above all, we must realize that no arsenal, or no weapon in the arsenals of the world, is so formidable as the will and moral courage of free men and women. It is a weapon our adversaries in today's world do not have.
Ronald Reagan