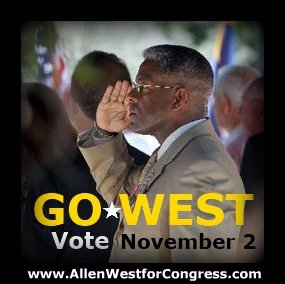 There’s a rumble in the streets that is starting to finger Obama for his devious class warfare tactics. Just when Obama thinks he has the black community wrapped around his little finger some very prominent black American patriots are notifying their brothers and sisters that he is the problem not the solution.

Starr Parker, a great African American Patriot doesn’t mince words. Star has created the Black Pastor network and hundreds of pastors are joining her to “Take Back Our Country.”  She says, Help me build the Black Pastor Network and protect American exceptionalism! We can all help Starr by posting her website, blogs and speeches to Conservative sites all over the Nation.

Our growing burden of taxes and government debt stems from the growth of government programs, enabled by open-ended interpretation of the Constitution. Here’s one of Starr’s websites. http://www.urbancure.org/

NABJ gathering of National Association of Black Journalists didn’t exactly greet Valarie Jarrett with open arms. Obama sent his little messenger, Jarrett with a basket of warm fuzzies and a feeble message that Obama really loves them. Jarrett is one of those spewing propaganda about FOX NEWS – she says FOX has a long history of class warfare.

Cornel West and Tavis Smiley said Jarrett’s speech came off as totally insincere because she was basically regurgitating Obama’s canned campaign speech.  West and Smiley show deep displeasure in the Obama shenanigans and they refuse to buy Obama’s “Hope and Change” crap twice.

When it comes to African Americans Dr. Michael Eric Dyson said Obama isn’t Moses, he’s Pharaoh. Michael is polite, professional yet very adamant about Obama’s disregard for his people. He isn’t very happy that the Hispanics, Gays and Mickey Mouse all seem more important to Obama than the African American community.

The National Black Republican Association (NBPA) remain true to their Country, their Constitution believing that all men are created equal – they are not afraid to march forward in a united effort to take back our Country. Let’s join our brothers and sisters in their effort.  http://www.nbra.info/

We can make a difference; write blogs for our African American brothers and sisters. Donate to their movements – email them and express our support for their fight to take back our Country.  Put Allen West’s speeches all over the Internet – be creative do something daily to help an awesome group of Patriots.