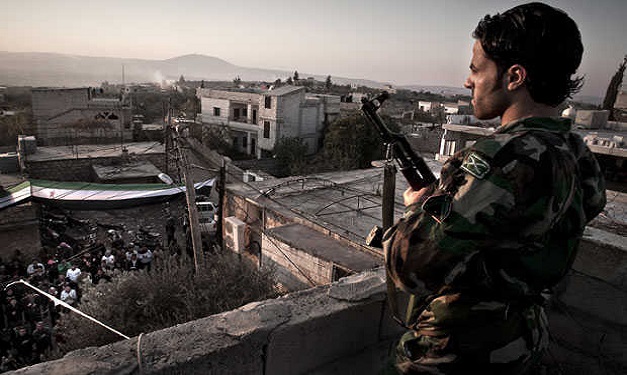 The Obama administration has sent covert agents to deliver weapons purchased “from the stockpiles of Libya’s former dictator Muammar Gaddafi” to the Salafi extremists known as the Free Syrian Army (FSA).

Foreign aid is being provided to the tune of $510 million, according to John Kerry, Secretary of State. This money is actually being given to Jordan, Lebanon and Turkey under cover of compensating those nations for the displaced Syrian refugees; however this funding is actually being paid to those countries who have assisted in the cover proxy war the FSA have been involved in with the direction of the Central Intelligence Agency (CIA).

Surprisingly, this operation, previously top secret, was part of J. Christopher Stevens mission in Benghazi. He was involved in gun running deals between the National Transitional Council (NTC) and the Saudi government for shipments of arms and ammunition which was directly sent to the FSA.